The Human Generation: How the Last Generation of Videogame Consoles Changed Gaming Forever

We’ve come a long way since the generation that offered up Halo and Grand Theft Auto as exemplars of what games could do. No other generation has ever represented such a massive shift in public perception and understanding of what games are about than the generation of the Wii, Xbox 360, and Playstation 3. I could go on and on about this, but here are a few ways games changed that meant something.

The generation of the Xbox and Playstation 2 were all about the individual player alone in his room, but the Nintendo Wii’s low cost and intuitive control scheme meant that anyone could play it. The Wii’s extreme and surprising commercial success in its launch period flowed from the widespread embrace of Wii Sports, an unassuming collection of five games that grandparents, kids, and anyone in between found engaging. During a time when Sony and Microsoft were gearing up for an all-out graphics war, this was a game-changer that reinforced the notion that community was what mattered. People wanted to play with their friends again, in real life, in the same room. When it came to play, people wanted to be together.

During this generation, Xbox Live exploded in popularity. The Xbox 360’s online service may have required an extra monthly charge, but it demolished the Playstation 3 in both numbers and customer satisfaction because it offered the easiest and simplest ways to interact with existing friends. Party chat in particular enabled up to 8 people to talk to one another no matter what they were doing. This changed our concept of what online gaming was about. No longer about merely demolishing strangers, online gaming was about teaming up with our favorite acquaintances, family, and friends and sharing moments together.

I feel stupid even writing that sentence. In videogame criticism circles, this is considered so obvious as to be unutterable, like pointing out in a culinary review that chicken can be food. But that’s a testimony to how far we’ve come, because when this generation started, even those who loved videogames treated them as a sport or toy — as a way to blow off steam after a hard day’s work. But as cheaper downloadable games became more available, they were no longer forced to justify a $50-$60 price tag. No longer limited to large risk-averse developers, individuals started making smart, risky, personal games that changed our concepts of what games could do. And then, Braid, Jonathon Blow’s opus, sold 55,000 copies in its first week of release, meaning these games could not only be sold, they could be successful. From then on, the floodgates opened, and out came some of the most beautiful and artistically engaging games ever seen.

These three points encompass a whole sea change, a myriad of changes in attitudes and expectations related to the videogame industry and artform. It’s the generation that renewed my interest in games, and I suspect it did the same for many others. After a years-long creative drought, videogames — though not perfect by any means — have revived themselves by moving the focus from computer processors and features, to human beings. 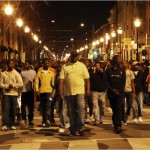 November 25, 2013
The Knockout Game Myth and its Racist Roots
Next Post 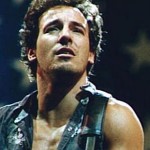 November 26, 2013 Why Are We Still Surprised When "Entertainment" Does More Than Entertain Us?
Recent Comments
0 | Leave a Comment
Browse Our Archives
get the latest from
Evangelical
Sign up for our newsletter
POPULAR AT PATHEOS Evangelical
1

How Should Churches Respond to Cultural...
Cranach
Related posts from Christ and Pop Culture