The Understated Power of Influence: Why Lou Reed is Such a Big Deal, Even If You’ve Never Heard of Him

The Understated Power of Influence: Why Lou Reed is Such a Big Deal, Even If You’ve Never Heard of Him November 1, 2013 Nick Rynerson

During the time pop-art legend Andy Warhol was running around with the weird, obscure, protopunk outfit The Velvet Underground he told reporters that in the future everybody would have their own 15 minutes of fame. Who could have known how right Warhol was. We have fulfilled Andy Warhol’s prophecy. Not only do we assume our 15 minutes, we crave it. The Internet is our global soapbox, blogs unite and divide into homogenous tribes, and hero worship is streamlined by flawless digital self-branding on Twitter—all for the possibility of fame and the potential self-worth that comes with it.

One of Warhol’s closest companions in the 60’s and 70’s was a Rock ‘n Roll singer by the name of Lou Reed. And if you watched the news at all this week, you might have seen something about his passing. You may have never heard of Lou Reed, but your favorite musicians all have—Bono has even declared, “every song we’ve written was a rip-off of a Lou Reed song”—and he is simply one of the most important American musicians of the 20th Century. Over the past five decades, Reed had two Top 40 Hits, “Walk On The Wild Side”—which still gets some play—and the all-but-forgotten “Perfect Day” from the mid 80’s. Yet Lou Reed won’t be remembered for his minor hits, but his profound influence on Rock ‘n Roll music.

In the early 1960’s, Lou Reed’s band The Velvet Underground was making music unlike anything anyone had ever heard—rooted in old jazz & blues but completely new in style, form, and substance. While the Beatles were still singing about holding hands, Lou Reed was signing about heroin addiction and homelessness. By the time the Velvet Underground released their first eponymous studio album in 1967 they had a cult following in New York. But the album didn’t sell. Overshadowed by other incredible 1967 releases—like The Beatle’s Sgt. Pepper’s Lonely Hearts Club Band, Jimi Hendrix’s Are You Experienced?, and Pink Floyd’s The Piper at the Gates of Dawn—The Velvet Underground sold a meager 30,000 copies. But as Brian Eno famously said “everyone who bought that album went out and started a band”.

Lou Reed didn’t want his 15 minutes of fame and—to an extent—he didn’t get it. He got so much more. Lou Reed sung and wrote about what he knew, turning his often intense and risque experiences into well-crafted Rock ‘n Roll music. If he would have played by 1967’s Rock ‘n Roll rules, The Velvet Undergound would not have been what it was. Nobody was singing anything quite like “Heroin” or (one of my top 10 all-time favorite songs) “Sweet Jane” in 1967. The Velvet Underground were so ahead of their time because—other than the fact that Lou Reed was a rare, rare talent—he didn’t see the need to pander to cultural, or even sub-cultural, expectations. Lou Reed loved Rock ‘n Roll and made Rock ‘n Roll for the love of Rock ‘n Roll, not to get famous.

As Lou Reed’s career kept going post-Velvet Underground, he stayed faithful to Rock ‘n Roll—at whatever cost. His biggest hit “Walk On The Wild Side” was a song that shouldn’t have been a hit by 1970’s standards. He was singing about things that popular songs just didn’t sing about. And after his passing last Sunday, his faithfulness to Rock ‘n Roll was celebrated in a surprisingly big way. Outlets like NBC News, CNN, Time Magazine, and The New York Times all celebrated Reed’s life and mourned his death. The outpouring at his passing seems out of place, until you step back and look at why the world is celebrating Lou Reed in 2013.

His faithfulness led to real, lasting influence. Now, even though nobody that I’ve chatted with today has even heard of Lou Reed, they know those he’s influenced—Springsteen, Bono, Steven Tyler, David Bowie, and Kurt Cobain, to name a few. Not to mention the host of people that have shaped me musically—Johnny Rotten, David Johansen, Morrissey, Joe Strummer Alejandro Escovedo, Emmylou Harris, and Ian Hunter—all owe an unpayable debt to Lou Reed. Music journalist Chris Willman said it best, “If Lou had a penny royalty from every act that owed him a debt he’d have been able to hire Justin Bieber as his houseboy”.

15 minutes of fame be damned: Lou Reed will have decades of influence.

The reason Lou Reed has a holy place in the Rock ‘n Roll canon is because he followed his calling the right way. He knew he wasn’t going to sell out amphitheaters singing “White Light/ White Heat” but he was going to do it anyways, because that’s who he was. His identity was Rock ‘n Roll.

Lou Reed once said, “Rock ‘n Roll is my religion and the most important part of my religion is playing the guitar”. And that is exactly what he did—faithfully. While Reed picked the wrong god to worship, he worshiped well. We could learn something about his devotion to letting the “main thing” define him.

Biblical saints like Paul and John the Baptist, bygone Christians like Celestine V, Martin Luther and countless others have lived life with little care for their own fame. Instead, they lived out of deep love for the main thing—Jesus. From this position of humility and authenticity, God used these faithful Christians to radically change the world.

Too many musicians dream of being famous, not faithful musicians. Likewise too many Christian bloggers, pastors, leaders, and students dream of being influential, not faithful Christians. A culture exists in the church that subtly communicates that the message and means to the message—prayer, reflection, community, and study—are simply tools to promote our tribes and ourselves. In this world where everybody gets 15 minutes of fame we are so quick to forget the blessing of obscure faithfulness and well-earned influence.

The number of Twitter followers we have will be gone in 15 minutes—or as soon as another technology or social media site replaces Twitter—and our theological tribes, language, and culture will continue to morph. But Jesus will not. In the Church, the “main thing” isn’t always the popular thing, but authenticity, focus, and faithfulness will always outlast the fads.  Faithfulness could lead to taking unpopular stands, writing a blog that isn’t getting a ton of traffic, and saying things that run counter to the culture you’re in (Lou Reed proved this true when he recorded “Street Hassle”). But it’ll lead to influence. Maybe not in everybody’s life, but you’ll make a difference. Fame is fleeting, never satisfying, and 15 minutes away from obscurity. But influence leaves the people under that influence permanently transformed even after your 15 minutes are up.

If we take one thing away from the death of the great Lou Reed, remember his Rock ‘n Roll faithfulness.  When we go to write our next blog or preach our next message, forget about our 15 minutes of fame and keep our eyes faithfully on the main thing. 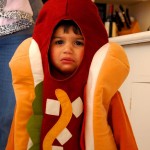 October 31, 2013
Seven Tips for Enjoying Halloween, Even if You Hate it So Much
Next Post 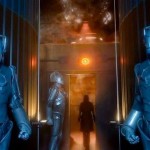 November 1, 2013 Doctor Who’s Doctrine, Part 7: The Episode I Never Want to See Again
Recent Comments
0 | Leave a Comment
Browse Our Archives
get the latest from
Evangelical
Sign up for our newsletter
POPULAR AT PATHEOS Evangelical
1