Despite Doctor Who’s greatness, it has one story I’ve seen only once and won’t see again.

In the Who-verse, the worst a Dalek can do is exterminate you. If you get caught in a dark alley with one of these genocidal metal-encased maniacs, it’s quick and painless — well, perhaps seconds of searing pain, thanks to the eyestalk death-ray — then you’re dead.

That’s frightening. But as a viewer, I’m not nearly frightened enough.

The Weeping Angels, breakout villains from the series 3 story Blink who only move when you’re not looking  — and who later headlined their own two-parter  —  can (at first) only send you back in time forever. Later, the angels get much more violent, killing people offscreen.

The Angels stories are among the best non-gory, suspense-based horror. Still not as scary.

Other Doctor Who monsters either lurch out of the darkness with a “rawr,” chase you down industrial corridors, abduct your friends and family — or else enslave your mind and/or make you into  one of them. Ah. Now the stories’ evils become more horrifying.

Which leads me to describe the one Who story I likely won’t see again, not because it’s badly made but because it laughs about far-worse horrors.

No love for ‘Love and Monsters’

In this series 2 show, the Doctor and Rose are absent. Instead, the storyline goes “meta,” with an eclectic group of Doctor fans. They don’t have access to BBC drama or Netflix repeats or Doctor audio dramas, but they do have collections of photos and reports.

Here be spoilers: Elton, the story’s everyman lead, becomes the sole survivor after one mysterious fan club member begins picking off the other members, concluding with Elton’s sweet girlfriend Ursula. Then we learn the older man is a monster called an Abzorbaloff —a shape-changing space beastie that feeds on live humans. Thanks to the biology of sci-fi, he sucks them into his body so that only their faces are left sticking out of its bloated fat rolls.

(Yes, it was created by a boy. Contest winner William Grantham was nine when he drew the critter, and he was disappointed by its TV version because he imagined it the size of a bus.)

I don’t fault anyone for making up such a sick monster. Rather, the story treated the notion as humorous. Perhaps it’s just me, but I can’t find that amusing because of philosophical and spiritual reasons. Such a concept of absorption ought to be repugnant simply because of the nature of man as an independent, conscious, eternally distinct person.

It would be bad enough to murder a person, playing false god over a valued reflection of God and saying, “You have no right to live; I will use my power to end your life.” But if something could exist that would take that person and absorb him or her, still conscious, into itself? This is one of the most loathsome things I can conceive. It can never be amusing.

But Screwtape, senior devil in the Lowerarchy of C.S. Lewis’s The Screwtape Letters, loves the concept of absorption — and is smart enough to realize God does not work this way.

To us a human is primarily food; our aim is the absorption of its will into ours, the increase of our own area of selfhood at its expense. But the obedience which the Enemy demands of men is quite a different thing. One must face the fact that all the talk about His love for men, and His service being perfect freedom, is not (as one would gladly believe) mere propaganda, but an appalling truth. He really does want to fill the universe with a lot of loathsome little replicas of Himself — creatures whose life, on its miniature scale, will be qualitatively like His own, not because he has absorbed them but because their wills freely conform to His.

Doctor Who shows another form of dehumanizing absorption in its other scariest villains, the Cybermen. When handled right, as in the series 2 serial “Rise of the Cybermen” and “The Age of Steel,” these marching metal monsters are truly horrifying — especially with the story’s comparison to human brain/internet interfacing that is closer to coming true.

Cybermen do want to “fill the universe with a lot of loathsome little replicas” of themselves. But this two-parter assigns no laughter to armor-clad armies who stomp about an alternate-universe Britain, electrocuting some humans and capturing others. Those chosen for forced “upgrading” are marched into factories. There, machines remove everything reflecting God’s image, including emotions and an ability to feel, and press people into molds. The collective self increases and the individual self decreases. Humans become machines.

This is a common sci-fi concept, more well-known in America thanks to the Borg from Star Trek: The Next Generation (yet the Cybermen came first). Even culture’s love of zombie stories, clearly showing a downgrade of humanity, may not capture this horror: human beings made to submit to an evil force that absorbs them into a collective, corporate consciousness — a supposed “upgrade” to human nature.

As the Cybermen explain, “[We are] the next stage of mankind. We are Human Point Two.”

One space beastie who absorbs a few hapless club members, versus hordes of Cybermen who force humans into factories to become like them. Horror advantage: Cybermen.

Since Lewis’s speculation from The Screwtape Letters, and horror sci-fi such as Doctor Who, I’ve “absorbed” this very plausible concept — that this is exactly the difference between our Creator and the forces of darkness. God is awesome, sovereign, powerful, wonderful, creative, and thus all this about Him overflows into distinct creatures who reflect His image. But the Devil can only enforce conformity. Darkness demands more darkness.

While God would sovereignly yet lovingly captivate, the Devil can only capture. While the eternal One can perfectly harmonize both His divine and human natures in Christ, the Devil is only one-note noise. In Jesus, humans are diverse and dancing. In the Devil, they march like robots.

The Creator of humans defends and redeems humanity. Satan only devours (I Peter 3:8).

This is why I want passionately to oppose all of culture’s attempts — no matter how well-intended — to absorb or “upgrade” humanity. In any field, whether sexuality, spirituality, or even crazy sci-fi-sounding initiatives to download one’s consciousness onto computer, the human nature itself is often slandered as bad.

Activists insist: “Humanity must upgrade. Humanity must be absorbed into something else.” Thanks to common-grace reminders from Doctor Who (despite Love and Monsters missteps), these claims for me only echo with the droning and marching of Cybermen. And I reach for my sonic screwdriver of the Spirit.

November 1, 2013
The Understated Power of Influence: Why Lou Reed is Such a Big Deal, Even If You've Never Heard of Him
Next Post 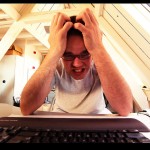 November 4, 2013 New Rules for User Comments: The Bottom Line for the Common Good?
Recent Comments
0 | Leave a Comment
"Radford made a connection between Ender and Hitler.Another possible connection: Could Card have been referring ..."
Raymond Z ‘Ender’s Game,’ Genocide, and Moral Culpability
"Faith is the confidence that what we hope for will actually happen; it gives us ..."
Smiley E.E. Music Matters: David Bowie, Still Not ..."
""that many of us do not accept that a few cells of human DNA constitute ..."
myintx How I Changed My Mind About ..."
"No thought given to the unborn child whose life was 'silenced and oppressed'... sad."
myintx How I Changed My Mind About ..."
Browse Our Archives
get the latest from
Evangelical
Sign up for our newsletter
POPULAR AT PATHEOS Evangelical
1