Before “Doctor Who” officially turns 50 this November, Christ and Pop Culture will spend 12 weeks delving deep into the science-fiction series phenomenon. Read Part 1. Then read Part 2.

Whenever I talk about Doctor Who with others, the conversation often turns to the show’s cheesiness. As a fan, I don’t mean that disparagingly, but fellow fans, let’s be honest, shall we? From the special effects to the set designs, from the alien costumes to the overwrought acting (e.g., Matt Smith’s twirling and flailing), Doctor Who can be a bit on the corny side. Of course, that’s all part of the show’s charm, but it can be an understandable obstacle for newbies to overcome.

When I started watching the show — and more specifically, Russell T. Davies’ 2005 revival — I experienced a bit of a disconnect. On the surface, the show seemed like a lark when you considered the technobabble about “sonic screwdrivers” and “spatio-temporal hyperlinks,” the outlandish storylines and characters, i.e., that cheesy stuff. And yet, a darkness and sense of tragedy lurked on the show’s edges, ready to storm in without any warning.

When you first meet the Doctor, in any of his incarnations, he seems like a walking bag of eccentricities, from his fashion sense to his mannerisms. But what has been part of the revival’s brilliance is its revelations that the Doctor, for all his brilliance and derring-do, is a shell of an alien. All his eccentricities actually conceal a demi-god who verges on breakdown, and he’s certainly more than the benevolent-yet-eccentric savior we may think. He’s a “mad man with a box” — and the emphasis is on mad.

The Doctor vs. The Daleks

Fans glimpsed this early on during “The End of the World,” the rebooted series’ second episode. The Doctor, now in his ninth incarnation (Christopher Eccleston), takes his new companion Rose (Billie Piper) on her first trip in the TARDIS, five billion years in the future to witness Earth’s final moments. Of course they are soon caught up in a dangerous caper, during which we learn that he is the last of his race, the Time Lords.

Later in that season, during the episode “Dalek,” the Doctor reunites with his greatest foe, the Dalek race. Now we find that not only is the Doctor the last Time Lord, but that he caused his race’s demise as a gambit to save the universe from the consequences of their long war with the Daleks. After the Doctor spews his hatred for the Dalek race, a captured Dalek makes a devastating observation: “You would make a good Dalek,” it slowly intones. It isn’t until Rose prevents the Doctor from committing further genocide that we may see the Doctor for what he truly is — something potentially worse even than the evil Daleks.

Traveling in time and space, the Doctor has faced many evils: Daleks, Cybermen, Sontarans, a Devil-like entity, even Hitler. But as River Song says in “A Good Man Goes to War,” after the Doctor’s great victory:

You make them so afraid. When you began all those years ago, sailing off to see the universe, did you ever think you’d become this? The man who can turn an army around at the mention of his name. “Doctor,” the word for “healer” and “wise man” throughout the universe. We get that word from you, y’know. But if you carry on the way you are, what might that word come to mean? To the people of the Gamma Forests, the word “doctor” means “mighty warrior.” How far you’ve come. And now they’ve taken a child, the child of your best friends, and they’re going to turn her into a weapon, just to bring you down. And all this, my love, in fear of you.

The Doctor can generate such fear at the mere mention of his name that his greatest enemies, many of them galactic butchers, join together to trap him in a perfect prison, lest he bring about the end of the universe. Their sins, it seems, are nothing compared to his wicked potential.

Sometimes this fearful wrath is shown as good — a force of true justice and almost sacred punishment. In one of my favorite displays of the Doctor’s unchecked power, the Tenth Doctor (David Tennant) coolly and silently consigns a group of aliens that have been hunting him to eternal punishments. For example, he forces one to live in a collapsing galaxy’s event horizon and traps another in every mirror in existence.

However, while the Doctor often provides justice and has saved the universe many times, he can resemble a war criminal in his narcissism, manipulation, and deception. What prevents the Doctor from sinking into his own evil, madness, and despair? Only lowly humans offer him what nothing else in the universe provides: true community, with its exclusive love, forgiveness, and grace.

Some fault Doctor Who for depicting the Doctor traipsing around the cosmos whilst accompanied by at least one beautiful young woman. Yes, this may be pandering to that all-important male demographic. But to its credit, the series has played up the companions’ competence, their calming effect on the Doctor, and the fact that the Doctor often needs his companions more than they need him. Rose, Donna Noble, Wilfred Mott, Amy Pond and Rory Williams, River Song, et al. keep the lonely Doctor company in the truest sense of the word. With them he can share the universe’s wonders, but in turn they protect him from himself, call out his faults, and prevent him from unleashing a Time Lord’s devastating damage.

In the series 5 episode “The Beast Below,” the Doctor and his new companion, spunky young redhead Amy Pond, find themselves in the 33rd century aboard Starship UK, a giant craft carrying the entire United Kingdom. Later they find that Starship UK is, in fact, built around a colossal “star whale” that the starship’s citizens have tortured for centuries. Furious at the poor creature’s fate, the Doctor spurns all humanity — until Amy speaks through his rage and reveal a better way. Her wisdom and compassion not only saves the star whale and Starship UK, but reminds the Doctor of his better nature.

So this demi-god’s worst enemy is himself, and he needs humans more than they need him. Yes, this focus on community is very humanistic, no doubt influenced by Doctor Who’s writers’ secular outlook. (We will likely never see the Doctor making supplication to a Higher Power, if one even exists in the Doctor Who universe.) But nevertheless, there is still great truth to be found here, and admired.

Time and again, we see that the one thing that constantly surprises and amazes the Doctor is self-sacrificing love. (The most touching example of this is Rory William’s willingness to guard the love of his life for thousands of years.) We see the Doctor and his companions risk life and limb for each other, even to the point of allowing themselves to be written out of existence to save those they’ve come to love. Indeed, it is self-sacrificing love — a concept that Christians can certainly respect and admire — that may very well be the most powerful force in Doctor Who’s universe, for only it can prove capable of saving the mad Time Lord, and the rest of the universe, from himself. 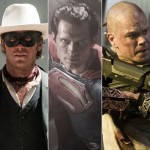 October 3, 2013
How Hollywood's Bro-Fest Hurts Us All
Next Post 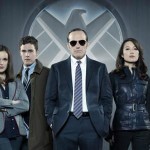 October 4, 2013 'It Matters Who You Are': Character and Character Formation in ‘Agents of S.H.I.E.L.D.’
Recent Comments
0 | Leave a Comment
"Radford made a connection between Ender and Hitler.Another possible connection: Could Card have been referring ..."
Raymond Z ‘Ender’s Game,’ Genocide, and Moral Culpability
"Faith is the confidence that what we hope for will actually happen; it gives us ..."
Smiley M.M. Music Matters: David Bowie, Still Not ..."
""that many of us do not accept that a few cells of human DNA constitute ..."
myintx How I Changed My Mind About ..."
"No thought given to the unborn child whose life was 'silenced and oppressed'... sad."
myintx How I Changed My Mind About ..."
Browse Our Archives
get the latest from
Evangelical
Sign up for our newsletter
POPULAR AT PATHEOS Evangelical
1