‘It Matters Who You Are’: Character and Character Formation in ‘Agents of S.H.I.E.L.D.’

‘It Matters Who You Are’: Character and Character Formation in ‘Agents of S.H.I.E.L.D.’ October 4, 2013 Geoffrey Reiter

WARNING: This review contains spoilers for the pilot episode of ABC’s Agents of S.H.I.E.L.D.

Whedon fans — and I count myself among them — will be happy to know that his signature elements are present in Agents of S.H.I.E.L.D. There’s plenty of action captured with Whedon’s clever eye for occasionally surprising camera shots, and the dialogue is sharp and witty, with enough character surprises to throw the viewer off in just the right way. On a more substantive level, however, many of Whedon’s favorite themes are also present, and none more so than the juxtaposition of the extraordinary with the ordinary.

With The Avengers, Whedon was tasked with the seemingly impossible mission of creating a movie about a team of superheroes, none of whom was an average person. Even those lacking superpowers — e.g., Black Widow, Hawkeye, Nick Fury — were highly trained and disciplined, and armed with plenty of sci-fi tech. Whedon accomplished this feat by focusing on his superheroes’ most “human” qualities: their failings, vulnerabilities, and tendency for potentially self-destructive conflict.

And he succeeded because of Phil Coulson. Clark Gregg’s Coulson was The Avengers’ ordinary everyman, the sweet, middle-aged, balding guy who still collected trading cards. He was someone that viewers could relate to in a way that they could not with a Norse god or a dissolute billionaire inventor; his “ordinariness” stood in stark relief to the extraordinary heroes surrounding him.

Between the Extraordinary and the Ordinary

Whedon’s first series, Buffy the Vampire Slayer, consistently operated in that tension between the extraordinary and the ordinary. Buffy was the Slayer who wanted to live as an ordinary teenager; her mom was an ordinary mom; her sister (despite supernatural origins) was an ordinary teenager; her friends Xander and (for some of the time) Willow were ordinary friends; and Giles increasingly became an ordinary intellectual. In Buffy, supernatural abilities were essential for battling the Hellmouth’s forces, but they only counted if buttressed by virtuous internal character that directed them rightly.  The Buffyverse’s characters weren’t defined by how much they could accomplish but by how their understanding of right and wrong directed their accomplishments. Few, if any, of Buffy’s villains were ordinary humans; they possessed immense supernatural power, but because their character was skewed, they were far less admirable than even the most mundane member of Buffy’s Scooby Gang.

Though Whedon explicitly identifies himself as an atheist, this emphasis on character as necessary precursor for right action is profoundly biblical. In the Sermon on the Mount, Jesus famously ups the ante on the Pharisees by observing that righteousness is not just about doing (or not doing) a laundry list of laws. It’s about the spirit and motives by which those actions are performed.

The apostle Paul makes a similar claim  in the so-called “love chapter”:

Both of these passages emphasize the necessity of character as antecedent to genuinely good action. As Jesus articulated in the Parable of the Talents (Matthew 25:14-30), we are judged, not by the resources given to us, but by how well we steward them.

Articulating the Connection Between Right Character and Right Action

An understanding of this relationship between character and action is crucial to recognizing Whedon’s perspective on true heroism’s nature. In the Agents of S.H.I.E.L.D. pilot, Richards’ Mike Peterson agrees to undergo procedures that will make him a superhero, not with the goal of self-valorization, but so he can be a good worker and provide for his family. Yet his efforts prove counter-productive: his superpowers don’t make him more attractive on the job market and the procedures prove highly dangerous. He begins reading his life as a superhero narrative, as revealed in a conversation with one of his mysterious benefactors:

Peterson: I know what’s right, I do. But no one will listen to me. I volunteered because you said things would change.

Debbie: You said you could keep it together. Our first subject lost it, walked into the lab with a freakin’ bomb…

Debbie: Tell that to your foreman in the ICU.

Peterson: I saved you.

Debbie: You exposed me. You exposed the program. The people who gave me this technology, they are very serious, and they do not want to be revealed. Mike Peterson needs to disappear.

Peterson: You’re right. I’m not him anymore. I’m someone else now.

Debbie: Please! You’re juiced, Mike, and you’re losing it just like the last guy. This is a disaster.

Peterson: No. It’s an origin story.

Yet the more Peterson loses his “secret identity” as Mike Peterson and reads himself as a superhero, the less heroic he becomes. He assaults a former supervisor and kidnaps the hacker Skye (Chloe Bennett). He’d hoped external powers would transform his circumstances but he shifted the locus of action away from virtuous character and toward active power. This shift threatens to transform him into a villain, not a hero.

Therefore, it’s appropriate that it’s not violent action that prevents Peterson from (literally) self-destructing, but rather, a reminder from S.H.I.E.L.D.’s everyman Coulson of Peterson’s pre-heroic desire to “know what’s right.” At Union Station, Coulson (for whom “nobody’s nobody”) tries to reason with the volatile Peterson. Initially, Peterson sees Coulson as the embodiment of the system that’s beaten him down his whole life. As the conversation progresses, however, the distance between the two is closed; Coulson becomes a comrade, part of “us” rather than “you.” And in this context, Coulson is able to articulate to Peterson the connection between right character and right action.

Peterson: You said if we worked hard, if we did right, we’d have a place. You said it was enough to be a man. But there’s better than man. There’s gods. And the rest of us… what are we?  They’re giants. We’re what they step on.

Coulson: I know. I’ve seen giants… up close. And that privilege cost me… nearly everything. But the good ones, the real deal, they’re not heroes because of what they have that we don’t; it’s what they do with it. You’re right, Mike. It matters who you are.

Peterson: I could, you know. Be a hero.

Coulson: I’m counting on it.

This dialogue is vintage Joss Whedon, showcasing the significance of the common person who finds himself living in a world of “gods.” What the ordinary hero has in common with “the good ones” is a commitment to cultivating an inner character that manifests in the best actions consonant with their abilities (be they supernatural or not).

The Necessity of Community

I expect that Agents of S.H.I.E.L.D. will continue exploring this dynamic and, moreover, highlight community’s role in honing virtue. Coulson seeks to keep Peterson from un-virtuous action by including him in a community. Reaction shots suggest that Coulson’s dialogue also affects Grant Ward (Brett Dalton), a former lone wolf agent brought into Coulson’s team. The episode ends with Coulson extending a similar invitation to the rogue hacker Skye, too.

Virtue is an internal state that has external manifestations, but this state can seldom, if ever, be fostered in isolation. For Christians, the highest forms of virtue are produced by the working of the Holy Spirit and the context of church community — but we ought to recognize and celebrate virtue wherever its found. As in his previous work on Buffy, Angel, Firefly, and The Avengers, Whedon looks to present in Agents of S.H.I.E.L.D. a communal matrix in which people, both ordinary and extraordinary, can work toward true heroism. 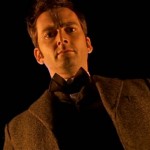 October 4, 2013 Here Is Some Dating Advice You Should Follow from New Girl
Recent Comments
0 | Leave a Comment
Browse Our Archives
get the latest from
Evangelical
Sign up for our newsletter
POPULAR AT PATHEOS Evangelical
1