Your favorite TV series may have fantastic plot twists, excellent effects, brilliant set and costume designs, and memorable actors. But if that series is Doctor Who, none of those have their own echoing magic as the series’ cinematic music score by Murray Gold.

Perhaps soundtracks — my favorite musical genre — keep me connected with these story-worlds. Some people may enjoy music with words, perhaps catchy melodies to which they can dance. For me, I prefer music whose story-impressions dance just beyond my sight. Why? Maybe it’s my love of fiction. Even if I didn’t know the story, I’d enjoy the music made for it, with all the humanity, awe, and the turns from bad to worse, or from worse to victory.

I first grew to love Doctor Who and its soundtracks at the same time. This seems a strange way to enter a new fandom, but somehow a similar enjoyment of film-score clips helped lead me to The Fellowship of the Ring film in 2001 and to many other films years later.

In 2007 my sister, whose Who fandom preceded mine, presented me with a video clip of the BBC series’ current theme tune. This was Gold’s first percussive remix of the theme with its unique electronic warbling, written by Ron Grainer in 1963. My sister said this sci-fi theme was better than that of Star Trek: The Next Generation. I scoffed.

Weeks later I’d met the woman who would become my wife, and the first music we enjoyed on our first date was that Doctor Who theme tune. You cannot say this without sounding sappy: In that tune, and in the many other themes Gold has since crafted, is musical magic.

All of the Doctor Who series may work a kind of concert with its story themes, actors and crazy aliens, but Gold weaves a symphony within a symphony: adventurous brass, chorale, dark pounding music for the dark pounding bad guys, ear-scratching suspense, electronic Hans Zimmer-like bombast, homage to other soundtracks, and overblown zaniness that evokes classic “Looney Tunes” — all with incidentally God-honoring excellence.

Obviously Christians have the market cornered on CCM. They’re also making inroads into hip-hop, folk and other genres that actual music critics could describe better. Where we lack, I fear, is in soundtracks. I suppose we’d first need better Christian movies for them. (Michael W. Smith’s instrumental albums Freedom and Glory are exceptions.)

But for me, listening to great “secular” soundtracks goes beyond fandom into a profoundly Christian experience, often more so than hearing even the better praise ‘n’ worship tunes.

Good Christian songs  — and even the bad ones — usually touch on individual journeys, sin and salvation, God’s love, the need for faith and, increasingly, the deep pain of a fallen world. All those are good and all necessary. But soundtracks widen the musical “screen.” Stakes get higher. Instead of faith journeys, we hear fantastic journeys. Instead of personal lives, we consider worlds — or naturally for Who, galaxies and universes and time itself.

‘I Am The Doctor’

Who’s title hero began his post-2005 musical life with “The Doctor’s Theme,” a sobering and female-vocalized melody (Doctor Who Original Television Soundtrack). “It was initially associated with The Doctor’s dark and private history,” but also applied to that series’ story arc, Murray Gold, the composer, wrote in the score’s music notes. Years later, that theme returned for a chorale finale in “Vale Decem” (Series 4: The Specials); it was again solely the Doctor’s theme as the Tenth Doctor regenerated into the Eleventh Doctor.

Thus, while the Ninth/Tenth Doctor’s theme was for or at best dark moods, the Eleventh’s theme is one for the chase scenes. By now “I Am The Doctor” (Series 5) is perhaps Gold’s most famous theme and the most popular Who tune next to the program’s own theme. Search YouTube for endless fan performances and remixes. Gold himself even joined in.

“I Am The Doctor” may soon follow Eleven and be replaced. If it does, I’ll still replay its versions with ridiculous frequency, endorsing that God-honoring desire for adventure.

That track’s title (Series 4) could describe half of Who’s tracks of pure action-adventure fun. Also, Gold’s CD note for “Corridors” — “I strongly feel this track should be played twice and that once isn’t enough” — applies to about every other bit of fun “incidental” score. Hear also “The Runaway Bride” (Series 1-2), “All the Strange, Strange Creatures” (Series 3), “UNIT Rocks” and “Song of Freedom” (Series 4), “Amy In The TARDIS” (Series 5), and the 1960s-ized “I Am The Doctor In Utah” and “The Majestic Tale (Of A Madman In A Box)” (Series 6).

In a melancholy mood? Seems I can hear the universe groaning louder (Romans 8) with the sadder stories echoed in “The Lone Dalek” and “Doomsday” (Series 1-2), “This is Gallifrey: Our Childhood, Our Home” (Series 3), “Vale Decem” (Series 4: The Specials), “The Sad Man With A Box” (Series 5), or even the joyful and operatic “Abigail’s Song” (A Christmas Carol).

Yet if I had to a pick, my favorite companion piece would be “Amy’s Theme” (Series 5). Gold whisks hearers into a fairy tale as ordered by showrunner Steven Moffat. In his notes, Gold recalls: “In the same way that in 2005 Rose’s theme didn’t evolve until she had traveled (and been changed) by [sic] The Doctor, so too Amy’s music speaks about leaving home and experiencing the wonders and magic of the universe with The Doctor by her side.”

That’s magical enough. But whether the music is themed around a hero’s adventures or his human friends, I hear only themes of wonder and magic worked by our own Showrunner. 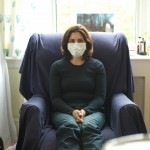 October 16, 2013
Taken for Granted: Why the Church Must Acknowledge Illness
Next Post

October 16, 2013 ELSEWHERE: Neil Gaiman On the Power of Books and Libraries
Recent Comments
0 | Leave a Comment
Browse Our Archives
get the latest from
Evangelical
Sign up for our newsletter
POPULAR AT PATHEOS Evangelical
1

Can You Be a Baptist and...
Roger E. Olson
Related posts from Christ and Pop Culture