Walking with the Dead: The Immanence of God in the Zombie Apocalypse

What is the difference between faith and naiveté? The Scriptures tell us that faith is the assurance of things hoped for, the conviction of things not seen (Hebrews 11:1). Gullibility, however, can often be found in those of faith. In this episode of The Walking Dead Herschel tends to walk the line between faith and naiveté. To have solid hope, however, he needs more immanence to accompany his conviction in the transcendent.

It’s got to be tough to be an optimist in the post-apocalyptic world. Dale struggled to keep hope alive in seasons one and two, but with his passing the torch has been handed to Herschel. He hasn’t always been the optimist, but in this episode it’s evident. He tells Rick that he still believes there’s a plan, a reason. He has some nebulous idea that God is testing them. Nebulous though it may be, this idea keeps him going in the face of bleak reality.

Hope keeps Herschel fighting for his friends. When asked how long they can keep one man alive, Herschel says, “As long as it takes.” He genuinely believes they can endure. He says to Maggie, “We’re gonna make it, don’t you believe that?” When Caleb is ready to give up on himself, Herschel says to him, “I am not giving up on anyone, not yet.” “Hold on” becomes the refrain of the episode.

Hope is vital for survival in this world, and Herschel knows it. “A sad soul will kill you faster than a germ,” he says. He refuses to let the patients see him kill those who are about to turn. “I know they know,” he adds, “but I didn’t want them to see it right now.” These are the moments when Herschel’s humanity shines through most clearly, but they are also the moments when his naiveté manifests. The veil has been torn, but Herschel is often still pretending like he can hide his patients from what must be coming, indeed what eventually does come. Caleb warns him, “Not everyone gets to live.” But Herschel won’t accept reality. It’s a theme that gets picked up elsewhere in the show too. Carl tells his dad, “Dad you can’t keep me from . . . what always happens.” Rick knows it, but adds, “I think it’s my job to try.” In some ways it’s an exercise in futility, but there is a real desire to believe it can all be different.

The futility becomes more evident at the end of the episode. Herschel attempts to sit and read his Bible, but instead he just breaks down and weeps. For all his convictions that God is still out there, still working some ultimate plan, at his weakest moments it’s not enough. Human faith is never as strong as we need it to be, not in the valley – or the zombie apocalypse. That’s why belief in the transcendent needs to be accompanied by the experience of God’s immanence. Herschel has seen so much disaster, heartbreak, and devastation. It’s tough to carry faith on your own. He is polishing hope, to borrow a phrase, but he has so little in which to hope. In season two he tells Rick that he thought God had something different in mind when He promised the resurrection of the dead. In the post-apocalpytic world Herschel’s whole system of faith has been shattered and destroyed. Though he clings to some ambiguous idea of hope, without a foundation for it he can’t hold on forever.

Faith in God’s plan needs to be grounded in the experience of God’s grace. Herschel’s hope needs something more concrete if it’s to endure, and if it’s to become contagious. We all need a God who transcends our problems, who is bigger than our situations. But we also need a God who enters our problems, who draws near to us in them. Hope can’t endure with only one, it needs both to survive. Without both pieces your faith is really nothing more than naiveté. 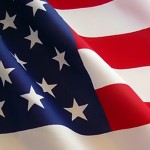 November 11, 2013
A Veteran's Thoughts on Veterans Day
Next Post 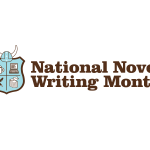 November 12, 2013 It's National Novel Writing Month, a Time to Delight in God's Creative Act
Recent Comments
0 | Leave a Comment
Browse Our Archives
get the latest from
Evangelical
Sign up for our newsletter
POPULAR AT PATHEOS Evangelical
1

Church Should Be Your Excuse for...
The Chorus In The Chaos
Related posts from Christ and Pop Culture