We Know Less About Our Universe Than We Think (and I’m OK With That) November 6, 2013 Jason Morehead

When it comes to understanding how the universe works, humanity has made amazing strides. The realization that the Earth revolves around the Sun; Sir Isaac Newton’s discovery of the laws of motion and gravity; Einstein’s breakthrough regarding general relativity; last year’s uncovering of the Higgs Boson particle — these represent pinnacles of human reason and intelligence, and have given us deeper knowledge of the cosmos. However, with every discovery, nature is revealed to be far stranger and more mysterious than we could’ve imagined.

Last year, scientists discovered the Higgs Boson particle, long considered the key to understanding the basic building blocks of matter. However, they now find themselves in an “existential crisis” of sorts, with no idea where to go next.

Scientists studying the behavior of galaxies have found that the amount of mass observed in those galaxies isn’t enough to explain their gravitational effects. And their studies of the universe’s expansion reveal it’s expanding at an increasing rate, in apparent violation of gravity. In order to explain the effects we see, it’s theorized that some sort of “dark matter” and “dark energy” are at work. But even though these apparently account for the the vast majority of the universe’s makeup, nobody currently has any idea what they are.

Physicist Steven Weinberg describes the conundrum this way: “Physical science has historically progressed not only by finding precise explanations of natural phenomena, but also by discovering what sorts of things can be precisely explained. These may be fewer than we had thought.”

Science is a chief way in which humanity increases in magnitude, in terms of what we know, what we can build, etc. However, science is also a chief way in which humanity can increase in humility, as we realize that despite our many wonderful achievements, there will always be deeper and stranger mysteries. We will never see the universe as it truly is.

For some, this might give rise to despair. One detects a note of that in another quote from Weinberg: “The more the universe seems comprehensible, the more it also seems pointless.” However, despair need not be our only response.

In one of the Bible’s most stirring passages, we find a richer response: “When I look at your heavens, the work of your fingers, the moon and the stars, which you have set in place, what is man that you are mindful of him, and the son of man that you care for him? Yet you have made him a little lower than the heavenly beings and crowned him with glory and honor” (Psalm 8:3-5).

Our reason and intelligence, our scientific achievements — these are part of the “glory and honor” with which we’ve been crowned, and that’s something to revel in. But a glimpse of the heavens, in all of their majesty and mystery drives us to humility. Those two realities — that we possess glory and honor, and that we’re easily overwhelmed by the creation around us — define our species, and represent the truth of our existence. 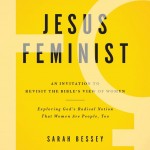 November 6, 2013
Why Complementarian Women Should Read Jesus Feminist
Next Post 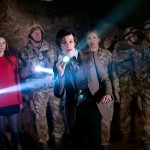 November 7, 2013 Doctor Who’s Doctrine, Part 8: Christianity and "Whomanism"
Recent Comments
0 | Leave a Comment
Browse Our Archives
get the latest from
Evangelical
Sign up for our newsletter
POPULAR AT PATHEOS Evangelical
1

Jesus is Not a Polygamist!
There are two and a half billion Christians in the world today....
view all Evangelical blogs
What Are Your Thoughts?leave a comment
Copyright 2008-2020, Patheos. All rights reserved.