I Want to Give You a Snopes Detector for Christmas

I Want to Give You a Snopes Detector for Christmas December 11, 2013 Brad Williams

I have a gift. It isn’t really a supernatural gift so much as a talent I’ve learned after many years of internet surfing. It’s the ability to spot nonsense when it’s posted on Facebook or sent to me in an email. I’d assumed that this was a talent that everyone with any amount of internet experience would have, but I’ve recently realized that this really is a gift that not everyone, or even a majority of people possesses. The lack of this gift of discernment is the only thing that explains why the “Beloved friend my (mom/dad/husband) was the minister of finance of (insert African nation), and they died and left me $100 million dollars. If you will give your bank account and PIN number, I will share this money with you.” scam still works on occasion.

Unfortunately, this gift comes with a terrible curse. Every time I see someone falling for something dumb on the internet, I feel compelled to help them. I generally leave links to Snopes.com in the comment section. For example, I saw a link on Facebook today about Ben Stein writing something about  the “new” White House policy of calling Christmas Trees “Holiday Trees.” My “this is bogus” detector went off almost immediately, and so I checked Snopes. Sure enough, Ben Stein did not really write most of it, and what he did “write” he actually wrote in December 2005 when George Bush Jr. was still President.

As I was thinking about whether or not I should leave a comment on this particular Facebook page, my anti-virus program that I never installed and did not know existed as a thing on my computer told me it was time to update. That’s when I had the million-dollar idea. That’s when I knew what to ask Santa to give everyone for Christmas. I want you to have a Snopes detector installed on your computer to keep you from posting silly things on the internet.

Here’s how it would work: When you read an outrageous piece about how President Obama is secretly a Muslim terrorist working with sleeper cells in Minnesota, and you go to share it with the world, a message would pop-up and say, “Error: This article is total hogwash. Click here for further information.” Or it might say, “Error: This article was written by The Onion. It is satire. Are you sure you want to present this as fact?” I even day-dreamed a few blurbs for the box in case Santa could only send it for you to install personally:

Alas, I know that this dream of mine can never become a reality. Discernment cannot be shipped out via free programs. But hey, if you actually write a program like this and make a bunch of money by selling it to Microsoft so that it come pre-installed, do you think you could at least send me a nice tip for the idea in time for Christmas? 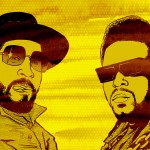 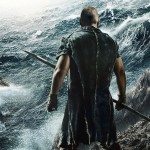 December 12, 2013 Aronofsky's Noah: Light, as Refracted through Water
Recent Comments
0 | Leave a Comment
"Radford made a connection between Ender and Hitler.Another possible connection: Could Card have been referring ..."
Raymond Z ‘Ender’s Game,’ Genocide, and Moral Culpability
"Faith is the confidence that what we hope for will actually happen; it gives us ..."
Smiley M.M. Music Matters: David Bowie, Still Not ..."
""that many of us do not accept that a few cells of human DNA constitute ..."
myintx How I Changed My Mind About ..."
"No thought given to the unborn child whose life was 'silenced and oppressed'... sad."
myintx How I Changed My Mind About ..."
Browse Our Archives
get the latest from
Evangelical
Sign up for our newsletter
POPULAR AT PATHEOS Evangelical
1