Popular Science wants you to know that a human virgin birth (or, more properly ‘virginal conception’, not ‘immaculate conception’, which is something entirely different) is pretty impossible. While “parthenogenesis” has been known to happen in non-mammalian species, there are a couple of obstacles to that happening for us:

So what stands in the way? First, a mammal’s egg cell usually won’t divide until it receives a signal from the sperm. Second, most mammalian eggs have only half the number of chromosomes necessary for development. If there isn’t any sperm, the embryo will end up with only half the DNA it needs to survive.

Both of those barriers could potentially be overcome in the lab or through random mutation, but there is a third obstacle that probably can’t be. Under normal conditions, the DNA in both egg and sperm cells is altered such that some genes will be more active while others are suppressed. When the egg and sperm join to form an embryo, these imprints work in tandem, ensuring that all the necessary proteins are produced in the right amounts. If an egg cell starts reproducing on its own, without the sperm-cell imprint, the offspring won’t survive for very long.

Scientists estimate that imprinting affects about 200 different genes. For parthenogenesis to occur, many of these changes would have to occur through random mutation. “I just think it’s too complex and you’d need too many things to happen accidentally,” says Marisa Bartolomei, a molecular geneticist at the University of Pennsylvania. While highly unlikely, it’s still theoretically possible that scientists could one day induce the necessary changes in the lab. “Is there a mutation that could eliminate all imprinting, so we would see that we didn’t need Dad or Mom in order to have normal development?” Bartolomei asks. “This is a question that people have asked a lot, and we don’t know the answer.”

So there you have it. Guys, we might have been excited about Christmas coming, but #SCIENCE has shown us that virgin births can’t happen, so if you want to celebrate, fine. Just trade in your nativity scenes for Santa and his flying reindeer, or realize they’re both just pleasant but impossible holiday myths. Right.

Now, to be fair, the guy didn’t strictly say this is about Christmas. Nor did he single out Jesus’ birth as impossible, or actually draw the explicit conclusion that it’s all a myth that pre-scientific believers swallowed whole because they didn’t know any better. Sure, it was titled “Could a Virgin Birth Ever Happen?” and had a painting of the Mary with the baby Jesus in her hands, but, you know, that could mean anything.

Still, were it the case that this little article was intended to imply something of the sort, in the way that popular Dawkins-style unbelievers, or old-school liberals like John Shelby Spong typically tend to, I’d like to point out a few key lines of Christian thought to quickly cut that off.

We Know What Sex Does
First of all, contrary to popular opinion, Christians don’t dispute the fact that that virgins don’t usually give birth. In fact, we believe that just as much as everybody else. We know how sex works–it’s part of how we keep managing to have kids. What’s more, I’m pretty sure people in the 1st Century believed that sort of thing too. Joseph was going to put Mary away quietly when he found out she was pregnant; apparently he didn’t need a 6th grade biology lesson to understand the usual way of things. This why when we talk about Jesus’ virgin birth we tend to use a special word for it: miracle.

Now, without going into a long technical discussion about God’s providence and sustaining activity in creation, let’s just say that a miracle is, by definition, the sort of unique, one-time, unrepeatable kind of event that is brought about by the special action of God. It is the activity of the author of the laws of nature, to suspend them in this instance, or work within them in some otherwise impossible fashion, to bring about an atypical state of affairs.

Given that science deals with non-unique, repeatable, testable events, it’s specifically the sort of thing that science can’t look at. In which case, giving me a popular science lesson on the fact that it’s biologically impossible for a mammalian virgin to give birth for x, y, and z reasons will do absolutely nothing to change my claim about the birth of Jesus.  You see, as should be clear by now, Christian doctrine about the virginal conception is not a proclamation about general biology, but about the unique, saving history of Jesus the Messiah. We already know it’s generally biologically impossible–that’s precisely why we make a big deal about it.

Now, at this point, if you want to claim that if science can’t look at something, it’s not true, or you can’t believe in it, that’s another story. Of course, that’s an a priori non-scientific, philosophic position that itself can’t be tested scientifically, in which case it’s self-refuting (which, as far as beliefs go, isn’t the best quality to have). Indeed, I’m reminded of Alvin Plantinga’s comment that this approach:

…is…like the drunk who insisted on looking for his lost car keys under the streetlight, on the grounds that the light was better there. (In fact it would go the drunk one better: it would be to insist that because the keys would be hard to find in the dark, they must be under the light.) — Warranted Christian Belief, pg. 406

‘In the Beginning…’
There is one more point I’d like to make though, and this might be the main point: if the first verse of the Bible is true, if there is a God who created the cosmos and everything in it, who made atoms and molecules and universal constants and the elements and the billions of stars in the uncounted galaxies in the known universe, well, then it seems that making one virgin pregnant wouldn’t be all that much of a problem.

I mean, really, let’s think about it. If you’re willing to admit that there is a creator God with anything approaching the level of power and authority it would take to create the universe, then it seems slightly inconsistent to not accept the possibility of miracles. (That is, unless you’ve read Hume’s Dialogues Concerning Natural Religion, but I’m guessing that most people haven’t and in any case it’s been dealt with.) It’s not unscientific, or un-philosophic, or inappropriate. It’s actually quite logical.

Now, if you don’t believe in God at all, then it’s perfectly fine to not allow for the possibility of miracles. Go ahead, that is a perfectly intellectually consistent position to hold. At that point, realize that the real issue isn’t whether some specific process like parthenogenesis can occur in mammals, but whether God exists. If, on the other hand, it is the case that you do say you believe or accept the possibility that some kind of deity exists, it is inconsistent to rule out a priori the possibility of miracles. It’s fine to admit that you don’t think that the Christian miracles actually happened, but if you say you believe in God, it is inconsistent to say that they couldn’t possibly have happened.

With all of that said, the next time you see some report of scientists “disproving” some biblical miracle on the grounds that “this sort of thing is biologically impossible,” or something of the sort, you can just insert the phrase “…unless the first verse of the Bible is true…” right at the end of the article. 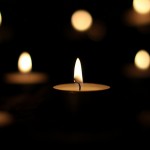 December 3, 2013
The Kiddy Pool: The Burden of Not Knowing & the Loving Arms of Advent
Next Post 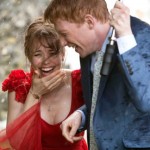 December 4, 2013 About Time: A Romantic Comedy That's Actually About Love
Recent Comments
0 | Leave a Comment
"Radford made a connection between Ender and Hitler.Another possible connection: Could Card have been referring ..."
Raymond Z ‘Ender’s Game,’ Genocide, and Moral Culpability
"Faith is the confidence that what we hope for will actually happen; it gives us ..."
Smiley M.M. Music Matters: David Bowie, Still Not ..."
""that many of us do not accept that a few cells of human DNA constitute ..."
myintx How I Changed My Mind About ..."
"No thought given to the unborn child whose life was 'silenced and oppressed'... sad."
myintx How I Changed My Mind About ..."
Browse Our Archives
Related posts from Christ and Pop Culture