About Time: A Romantic Comedy That’s Actually About Love

“With all respect to heaven, the scene of miracle is here, among us.” ~ Marilynne Robinson

My new favorite movie is easy to mock, or at least easy to dismiss with faint praise. The critical consensus on movie review database Rotten Tomatoes labels it sentimental. Not a few reviews compare it to Groundhog Day, and the harshest ones call it insufferable with idiotic plot points. I get it, at least somewhat. Richard Curtis’s recent film About Time is adorable, and adorable often seems trite. Additionally, the characters’ adventures with time travel repeatedly violate the film’s own metaphysical strictures.

However, underneath the adorableness and in spite of the confused time lines, About Time reminds viewers of an important truth: Life is sacred—all life, all the time. The film’s power lies not in the abstraction of this truth but in its specificity. The film works by drawing viewers in, calling them to notice—really notice—the profundity of what is often mistaken as merely mundane.

About Time disarms viewers from the start by opening with quirky character descriptions and the charming antics of the family on which the plot centers. At the outset, protagonist Tim (played by Domhnall Gleeson) introduces viewers to his “sturdy” mother, his laid-back father, his dapper yet distracted uncle, and his offbeat, free-spirited sister. The individuals are odd, yet oddly well suited to the whole. They express their love for each other through routine and repetition—what Tim calls “the repeated rhythms and patterns” of their lives—and thrive on the expected. With whimsical constancy, the family takes tea on the beach daily, no matter the weather; they play weekly outdoor movies, defying the rain that would otherwise thwart their plans; and they hold a yearly New Year’s Eve party that walks the line between hokey and hip.

Amid this delightful atmosphere, the equally delightful father-son relationship comes into focus. Tim’s dad (played by the perfectly cast Bill Nighy) is undemonstrative in his fatherly role, yet this understated devotion—characterized by frequent table-tennis matches and intimate chats—grounds the movie. The viewer learns, along with Tim, the virtue and value of these seemingly insignificant daily acts of love. While Tim recognizes his father’s availability to him, it takes him the entire course of the film (assisted by the fantastical time-travel element) to fully grasp its significance. So, too, for the viewer: All that is present at the start of the film accumulates ever-increasing importance as the film fosters our awareness of the value of these people, places, and experiences. It does, in fact, what Christians are called to do—not to confer, but rather, to honor the sacredness of the other.

Tim’s attraction to Mary, for example, seems no more than a boyhood crush, especially coming as it does soon after his being rejected by his first “love” (which, truth be told, is merely a summer infatuation). At the start Tim may simply be interested in what he might gain from pursuing a relationship with Mary. From the moment he learns about his time-travel ability, Tim directs this newfound skill to seeking out love, as he tells the viewer that “it was always going to be all about love.” And the father’s advice to use time travel to “make [his] life the way [he] want[s] it to be” translates for Tim to “find a girlfriend.”

But in ways this film is a coming-of-age story, and over time Tim discovers the vacuity of his vague desire. Through his involvement with Mary, Tim learns that love has value only when it is directed specifically. A tense scene marks this epiphany for Tim, as awareness dawns that he doesn’t want “a girlfriend”; he wants Mary. His entanglement in real life, and real love, has drained his abstracted romantic wish of all its appeal; no longer can “a girlfriend” enchant him—only what Miroslav Volf, in a beautiful passage about his children from Free of Charge, calls the “unsubstitutable particularity” of the specific object of his love.

At this point, the film breaks out of its romantic comedy template by expanding its investigation of love beyond the erotic. Now Tim’s relationship with his sister becomes the new vehicle for the film’s lessons about life and love, and it is with her that Tim learns the risks and limits of love. While his father warns him about misunderstanding and thus misusing time travel, Tim’s lessons always come through experience. His love for his sister puts him at her mercy, as does love for anyone. Her personal failures become his problems, and he can be—and is—hurt by her actions.

C.S. Lewis is instructive here: “To love at all is to be vulnerable,” he explains in The Four Loves, “Love anything and your heart will be wrung and possibly broken.” Whether through loss or disloyalty or foolishness or accident, others make way for pain. Of course they also make way for joy, but not without risk. Tempting as it might be to exert control of others, to prevent them from intentionally or accidentally causing you—or even themselves—pain, dictating the behavior of others does not demonstrate true love, as Tim learns through trial and error with Kit Kat. Love respects the other’s autonomy. In another context, Lewis explains love as “the constant impact of something very close and intimate, yet all the time unmistakably other, resistant—in a word, real.”

Tim’s embrace of Mary and Kit Kat in their specificity and otherness reveals how love enlarges our being, forcing our attention outside ourselves. Nowhere in the film is Tim’s need to do this presented as clearly as in his relationship with his father. This relationship seems the most prosaic at the film’s outset, but by film’s end it has become the centerpiece. Of the members of his family, Tim’s father is the one Tim may have taken most for granted. But when faced with the possibility of losing him, Tim realizes both the depth of his father’s devotion to him and the way in which this devotion is embedded in the quotidian. In a series of increasingly poignant scenes, Curtis (the film’s screenwriter and director) reveals how the father relishes his life and his family—and Curtis summons his viewers to similarly relish theirs. The father’s true legacy resonates with what Christian should easily see: that every day, every moment, every person is sacred.

What Tim takes the course of the film and a series of time travel adventures to learn, Mary seems to know intuitively: She savors a less than picture-perfect wedding day and looks forward to “lots and lots of types of days,” which are the stuff of our lives. By failing to relish the everyday and the thousand small blessings of our lives, or to cherish those with whom we share our journey, or to smile amidst and even laugh at life’s travails in our earthly pilgrimage, we relegate ourselves to perpetual discontent, because life is meted out to us in no other way. The trick is to apprehend and truly appreciate how extraordinary the ordinary is.

Marybeth Baggett is Associate Professor of English at Liberty University. Her research interests include literary theory, contemporary American literature, science fiction, and dystopian literature. She earned her Ph.D. at Indiana University of Pennsylvania. 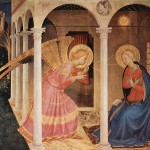 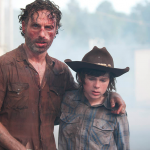 December 4, 2013 Walking with the Dead: An Existential End to the Governor's Hope
Recent Comments
0 | Leave a Comment
"Radford made a connection between Ender and Hitler.Another possible connection: Could Card have been referring ..."
Raymond Z ‘Ender’s Game,’ Genocide, and Moral Culpability
"Faith is the confidence that what we hope for will actually happen; it gives us ..."
Smiley M.M. Music Matters: David Bowie, Still Not ..."
""that many of us do not accept that a few cells of human DNA constitute ..."
myintx How I Changed My Mind About ..."
"No thought given to the unborn child whose life was 'silenced and oppressed'... sad."
myintx How I Changed My Mind About ..."
Browse Our Archives
get the latest from
Evangelical
Sign up for our newsletter
POPULAR AT PATHEOS Evangelical
1

Does the Bible teach that women...
Determinetruth
Related posts from Christ and Pop Culture