A Decade of Wardrobe Malfunctions: Social Media and Pseudo-Adulthood

On February 1, 2004, Justin Timberlake made good on his promise – well partially – to have Janet Jackson “naked by the end of this song.” Timberlake’s mea culpa for his Super Bowl performance included the enigmatic phrase “wardrobe malfunction,” which proved to be an achievement of linguistic genius. The phrase offered a way to acknowledge the existence, and even the telos, of zippers, buttons and Velcro, while never claiming any ownership of their proper operation (even if one’s hand was clearly attached to them). In the aftermath, Timberlake rehearsed the feigned contrition endemic of his time and resumed his path to mega-star status. For him, at least, things returned to normal.

The cultural pressure of celebrity – particularly childhood celebrity – is not unlike the effect of stepping through the wardrobe in C.S. Lewis’ Chronicles of Narnia, where a secret portal to another world transforms children into warriors and rulers. In Narnia the children grow in experience and responsibility, all of which occurs without sacrificing their childhood, as their return to the real world reveals that only a few minutes have passed in actual time. Celebrity offers a similar kind of portal between competing realities, where children are treated as pseudo-adults but remain children. Rowan Williams, in his book Lost Icons: Reflections on Cultural Bereavement, says childhood should be a time for slowly learning how to grow into responsibility and social engagement, rather than “pressing the child into adult or pseudo-adult roles as fast as possible,” distorting both childhood and adulthood.

The true “wardrobe malfunction” is that somewhere between the real world and the pretend world, the necessary maturation to act as an adult has not occurred.

This past year revealed plenty examples of pseudo-adults – Miley Cyrus, Justin Bieber, Johnny Manziel, etc. – learning hard, very public, life-lessons. The ubiquity of social media today, unlike the time of Timberlake’s gaffe, is that all young adults, not simply celebrities, have endless opportunities for their own selfie-inflicted, wardrobe malfunctions. For example, Miley’s year of self-exposure found plenty of supporters, including Timberlake who defended, if not Miley’s VMA performance, at least her freedom to try on (or rather, take off) her adult pants: “What did you guys expect?…  I think, you know, she’s young. She’s letting everyone know that she’s growing up.” Perhaps hindsight is not always 20/20, particularly when one has passed unscathed through the blurred lines of the wardrobe malfunction. Even Miley’s mother added, “This is what 20-year-olds do. She’s just doing it in front of the world.”

Scapegoating celebrities, however, is admittedly easy. Self-examination and reflection is far more difficult. We, the generations who have become accustomed to being entertained endlessly, are ostensibly asking by our social media practices “Why shouldn’t adulthood be just as entertaining for everyone?” Most of us are not likely to twerk our way out of a job, but what about tweeting our way out of one? Very few of us possess the luxury of a public relations army to rebuild our images from past or public mistakes. Celebrities exist for our entertainment, and at times, their exaggerated lives even serve as equally dramatic cautionary tales.

We who mentor children, youth, or young adults would be wise to model responsible social media practices, for as Williams rightly notes: “The safest adult to have around is one who is aware of having grown.” When we orchestrate life for the end-product of a social media moment – ranging from Jimmy Kimmel’s Halloween prank to the even more innocuous BatDad – are not both childhood and adulthood being transformed? It seems self-evident that parents should not document every moment of their children’s lives for public consumption, for any number of reasons, but particularly for the potential annoyance of creating a child who fiends for the endless attention the Internet promises. No, not every kid posted on YouTube is fated to become Bieber; however, children who have only known themselves as the focal point of adult entertainment, adult scrutiny, and even in some cases, adult financial opportunities, might eventually find themselves having adult responsibilities with little understanding of how to navigate the waters precisely as adults.

Those of us who work with young adults, like college students, know quite well that the late-adolescence of the university years is not quite adulthood. It is rather, a time of intellectual and linguistic preparation. Williams notes the importance of these spaces, saying, “…to learn language is to discover, by trial and error, what I can seriously be committed to when I open my mouth, what I’m ready to answer for.” In this vein, social media can become like one endless, public rough draft of one’s life, except that it actually counts for credit. Twitter is like the college essay started at midnight, finished and emailed to the professor at 3 A.M. We all know from being on at least one side of the equation, nothing conjured with such little reflection should be available for even semi-public viewing. James K.A. Smith, in Imagining the Kingdom: How Worship Works, says social media creates an entry way into the adult world, resulting in the loss of precisely what young people need developmentally, that is “permission to be an amateur.” This means we youth ministers, college professors and administrators – anyone really who is committed to healthy character formation – must resist the temptation to reveal publicly via Facebook or Twitter every screw up by those young adults who are entrusted to our care.

Forsaking our own social media celebrity among our “friends” and “followers” is a small price to pay for protecting the dignity of others and modeling the kind of discipline that shows we have successfully passed through the wardrobe as functioning adults.

Justin Phillips has a Ph.D. in Christian Ethics from Fuller Theological Seminary (Pasadena, CA) and works as a college professor and researcher in Tennessee. You can follow him on Twitter. 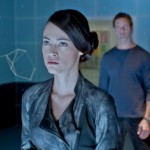 January 27, 2014
CBS’s ‘Intelligence’ Tests the Trade-Offs of Technology
Next Post 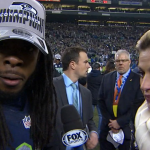 January 28, 2014 Richard Sherman: Role Model?
Recent Comments
0 | Leave a Comment
"Radford made a connection between Ender and Hitler.Another possible connection: Could Card have been referring ..."
Raymond Z ‘Ender’s Game,’ Genocide, and Moral Culpability
"Faith is the confidence that what we hope for will actually happen; it gives us ..."
Smiley M.M. Music Matters: David Bowie, Still Not ..."
""that many of us do not accept that a few cells of human DNA constitute ..."
myintx How I Changed My Mind About ..."
"No thought given to the unborn child whose life was 'silenced and oppressed'... sad."
myintx How I Changed My Mind About ..."
Browse Our Archives
get the latest from
Evangelical
Sign up for our newsletter
POPULAR AT PATHEOS Evangelical
1