Richard Sherman has become the face of Super Bowl buzz this year, moving into the mainstream hype right alongside the legendary Peyton Manning. He got there by trash talking, specifically in this interview after the Seattle Seahawks’ win over the 49ers put his team in the Super Bowl. Sherman declared he was the best cornerback in the NFL and took credit for the play that sealed the game. He did it with the flair of a professional wrestler, and the nation wasn’t thrilled.

Sherman himself recanted the “immature” moment, and challenged the idea that his character should be judged by a 20 second outburst after a physically and emotionally exhausting contest. “To those who would call me a thug or worse because I show passion on a football field,” he writes, “don’t judge a person’s character by what they do between the lines. Judge a man by what he does off the field, what he does for his community, what he does for his family.”  The word “thug” has marked the story in the media, and Sherman has heard much worse from the cesspool that is Twitter @mentions. We can’t pretend that race isn’t a factor when everyone is piling on a black man for a 20 second, non-obscene public display, even if all of the tsk-tsking isn’t brazen enough to include the n-word. Though some are that brazen.

If you believe sports talk programming, there are millions of parents in crisis at any given moment when a ballplayer their kid looks up to cheats or doesn’t hustle or breaks the law. Plenty has been written defending Sherman against the wave of derision, dismissing this episode as a molehill that shouldn’t garner actual criticism. Some even lauded his honest expression of emotion. But those who find the rant excusable aren’t presenting it as model behavior; rather, they simply aren’t invested in the need for Sherman and other televised athletes to fit the ideal of a role model. Charles Barkley has long been vocal about the unfairness of calling someone a role model just because they can jump high and make lots of money. This concept of a role model–built to either lionize or vilify–is flawed. To dismiss that construct, as Barkley and Sherman’s defenders generally have, is a better option than meeting its demands to label Sherman good or bad. But such a response would leave us with nothing to learn from this or any other sports-related incident.

This shouldn’t be a Christian dilemma. We shouldn’t worry that our kids appreciate flawed people. We believe that everyone sins and to pretend otherwise is fraud. We believe that the exterior cleanliness of “good” people can be deceptive, and that sin grows within the heart before showing itself in the day. It’s foundational to our faith: Jesus is good, not us. In one sense, we ought to imitate the lives of those that are following Jesus well. Even Paul told his audience to imitate himself. In another sense, Jesus is the only model for behavior we hold in full esteem. Engaging with Sherman on these terms, and not those of the “sports role model,” can be so much more valuable than tossing the whole thing aside.

Sherman is a very smart man, a high school salutatorian and Stanford graduate. He didn’t get to the height of his profession by trash talking and being hyped above everyone else. He did so through discipline, study, and of course, being created with physical gifts that many only dream of having. However, he chooses to engage in trash talk while competing, and it gets in his opponents’ heads (like that time an opponent hit him in the face). He also engages in boastful speech when he’s not in the throes of competition, be it chiding another player on Twitter or saying he’s “better at life” than an ESPN personality. He also has a sense of humor about it all. And that’s just from his public life. Sherman shouldn’t need to remind us that his family and community life are more telling than his YouTube clips.

Richard Sherman is as good a role model as any. He is a complicated human, just like the rest of us. Even the incident itself is complicated, with some previous trash talking from Michael Crabtree (the receiver), and initial offense taken by Sherman. I don’t have a kid that follows Sherman, but if I did, I wouldn’t be up in arms. We wouldn’t be burning his or her Sherman jersey, or forcing them to pick a new favorite player. This could actually be a much richer teaching moment than if Sherman had humbly thanked his teammates and recited other media-speak  we’ve heard over and over. This could open up conversation on pride, racism, gratitude, wise speech, and more. For example:

Richard Sherman said some foolish things. It should be easier for us to relate to him now than if he were an untouchable athlete that also kept it together. The popular ideal for a role model—a uniquely talented PR-machine that always “does the right thing”—is less compelling than someone like Sherman, because the ideal isn’t true. I’d rather look to Jesus as the model, and to Sherman as a fellow sinner who, despite his spectacular gifts, has an ever-present need for grace, just like me. 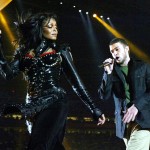 January 28, 2014
A Decade of Wardrobe Malfunctions: Social Media and Pseudo-Adulthood
Next Post 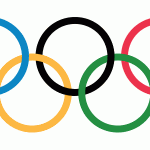 January 29, 2014 Boycotting For Sport: Why The Olympics Must Go On
Recent Comments
0 | Leave a Comment
Browse Our Archives
get the latest from
Evangelical
Sign up for our newsletter
POPULAR AT PATHEOS Evangelical
1

What's Lost with the Dying of...
Anxious Bench
Related posts from Christ and Pop Culture