Soon after publishing deceptive stories on the two cases of VA hospitals allegedly banning religious expressions of Christmas, Todd Starnes reported that a California elementary school teacher “allegedly confiscated a six-year-old child’s Christmas candy canes and told him ‘Jesus is not allowed in school.'” Although Starnes correctly used the word “allegedly” to denote that we don’t actually know for certain if this is an accurate account of what happened, he clearly and snarkily assumes it as fact later in his column:

It takes a special kind of evil to confiscate a six-year-old child’s Christmas gifts. In this age of tolerance and diversity, public school educators seem to be under the impression that they can bully and intimidate Christian boys and girls.

They are sorely mistaken and I’m glad the Advocates for Faith and Freedom has exposed the West Covina Unified School District’s repugnant treatment of Isaiah Martinez.

And a week later, reporting on another alleged incident of religious discrimination in schools, Starnes implies that this is a rampant problem, stating, “I don’t know about you, but I’m getting tired of my tax dollars being used to pay the salaries of public school teachers who humiliate and bully Christian boys and girls.”

Today, First Things published a brave and much needed article by Korey D. Maas, an ordained pastor in the Lutheran Church—Missouri Synod, and a very close spiritual mentor and friend to the public school teacher who “allegedly” (and “evilly”) told the six-year-old boy that Jesus was not allowed in schools. Maas calls Starnes’s reporting, as well as the similar pieces in The Blaze and The Daily Caller, slanderous, and specifically calls them the slander of a pious Christian woman:

In slandering this woman, conservative and Christian media have made it even more difficult to take seriously the many similar stories in which some Christian’s rights are trampled. This is no way to wage, much less to win, a culture war.

When I wrote last month of Todd Starnes’s deceptions and manipulative and destructive reporting, I was disappointed to see mostly liberal sites carrying the story. A few Christian publications and public figures shared and linked to the piece, but only a few (specifically, The Christian Post, Relevant Magazine, and Jonathan Merritt), so this piece from First Things is encouraging to read. More Christians and conservatives should care about “conservative and Christian media” who slander and deceive, because this kind of deception gets in the way of real conservative Christian work, as Maas points out.

Maas draws our attention to another insight into our culture war: when we are so quick to jump into battle, without carefully researching and learning the nuances of a situation, we will often make a fool of ourselves and hurt other people, even other believers. Our rush to judgement has consequences. Starnes tells us that “It takes a special kind of evil to confiscate a six-year-old child’s Christmas gifts.” What kind of evil does it take to slander a sister in Christ and to deceive readers? 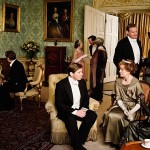 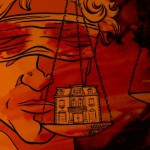 January 17, 2014 Journey through the Judgement House
Recent Comments
0 | Leave a Comment
Browse Our Archives
get the latest from
Evangelical
Sign up for our newsletter
POPULAR AT PATHEOS Evangelical
1

Four Tips for Reading the Book...
Crux Sola: Formed by Scripture to Live like Christ
Related posts from Christ and Pop Culture