Each week, a Christ and Pop Culture writer will offer their thoughts on the latest Downton Abbey episode after it airs on PBS.

This week on Downton Abbey, we continue our journey of reconnecting with the goings on of the estate. If we could tie a few of the stories together in this episode, it could center around loss and grief, and how the characters cope with their specific situations. We view characters that we have come to care for react in a variety of ways, perhaps in ways we ourselves have reacted in our owns seasons of loss and grief.

Last week, Geoffrey Reiter looked at Downton Abbey through the lens of humanity’s innate desire to work. We saw again week this how Molesley’s identity is deeply grounded in his work. As Molesley is given another chance to work at Downton Abbey, there is a moment where it seems a loss of dignity takes place within him as he becomes a footman for a dinner and is even handed a pair of footman’s gloves. What happens to our identity when our most meaningful work changes or is taken from us?  As much as Molesley desires to work, this loss of status—even on the “downstairs” level—is a difficult reality for him to accept, something that we will no doubt continue to watch him struggle through as the season continues.

As different as the “upstairs” and “downstairs” ways of life may be, grief and loss are no respecters of persons or status. Branson continues to mourn the loss of Lady Sybil and seems to be more keenly aware of the loss of his status in the house since her death. Even though the household include Branson in their affairs, he’s reminded of his “outsider” status through the reappearance of Edna to Downton. We watch and rustle in our seats as the two of them interact in awkward ways, hoping that Edna will behave herself this time around. He makes the comment that Edna “knows him,” as if to say she’s the only one that does. We’re left to wonder how long he will be able to hold out in Downton with this fresh reminder and less-than-innocent behavior with Edna.

The end of season three left the audience mourning the death of Matthew Crawley. His mother, Isobel, portrayed and expressed her sincere and complete belief that without him she is no longer a mother. The way that Isobel has chosen to mourn Matthew’s death showed itself plain in this week’s episode; to laugh, to hum, to sing—even for a moment—is to forget Matthew, and she can’t bear the thought of that. It reminded me of a quote from C. S. Lewis in A Grief Observed: “I thought I could describe a state; make a map of sorrow. Sorrow, however, turns out to be not a state but a process.” Are we willing, as the audience, to let her “process” Matthew’s death the entire season? Are we willing to let ourselves be reminded of her loss and watch her mourn? She was a mother, and now her son is gone. She lost part of who she was when Matthew died, and right now she cannot move past that. As uncomfortable as it may be to see her sad state, death is a reality that is not easily forgotten.

In a similar way, Lady Mary recognizes her own changed identity since Matthew has died. In the premiere, Mary makes it clear that Matthew’s death—and her grief—are at the center of her thoughts and actions. She’s in mourning clothes, calls her son an “orphan”, and carries herself in a solemn state. This week, we saw her begin to come out her grief, in small moments. Lady Mary interacts with the dashingly handsome houseguest Gillingham (who is engaged) in a reserved, yet friendly, manner. After dinner one evening, a gramophone is set up and a few in the household begin to dance. Lady Mary and Gillingham dance together and a bit of laughter escapes Mary’s lips, until she realizes that the gramophone was Matthew’s. She leaves the room in tears, and we’re reminded along with Mary of Matthew’s absence. Later, she talks with Anna about her realization that the person she was with Matthew is not the person she is now. She believes that she was a better person with him, her identity wrapped up in what he was to her. It seems as if she is mourning two things: Matthew’s death and the loss of the person she was when she was with him.

The most difficult moments of this episode centered on Anna and Mr. Green, the valet of the houseguest Gillingham. During the concert held upstairs, Anna is fiercely attacked and raped by Green, the scene cutting out before too much is visualized. It’s distressing to watch Anna plead before Mrs. Hughes, battered and bleeding, begging for her help and her silence. Where does she go with this information? It seems to Anna that she has no place to go and doesn’t want even her husband to know what has happened to her. Later on, Anna’s reserved presence with Bates seemingly indicates her feelings of a loss of fidelity to him, struggling to hold herself together as they both say a brief “good night” to her attacker. We’re left in our seats, grieved over this terrible act just committed against her and hoping that somehow something good can come from this. As Anna begins her sullen walk towards home alone, Bates is left in the doorway, as if further to communicate what’s been lost and left behind.

Oftentimes I wonder if we as Christians try and rush the grief and mourning process. We give the griever space, time, and maybe our words, and wait for them to “come out of it.” Days and weeks pass and we wonder, How long will this take them? However that looks like in our own lives, there comes a pivotal moment where we must decide what we are going to do with it and how we are going to move forward, if we are to move forward at all. As Christians we know that we can indeed move forward when the grief is heavy before us, and that’s only possible because Christ has made it possible. Scripture allows for grief, but it calls us to grieve a different way. I want to guard against the temptation and ease of over-theologizing our grief, because honestly, that doesn’t make the pain go away. It can be hard to process the truth of Psalm 119:50: “This is my comfort in my affliction, that your promise gives me life” (ESV). It may be hard to believe in the hard moments. but we can still rest and know that they are true. As we continue to watch Downton Abbey and the characters move along with their own grief, we can remind ourselves that our own seasons of grief are not without purpose and hope. 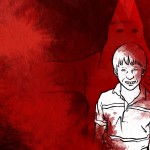 January 16, 2014
How the Church Resegregated Schools in the South
Next Post

January 16, 2014 Culture Warriors Crying Wolf
Recent Comments
0 | Leave a Comment
"Radford made a connection between Ender and Hitler.Another possible connection: Could Card have been referring ..."
Raymond Z ‘Ender’s Game,’ Genocide, and Moral Culpability
"Faith is the confidence that what we hope for will actually happen; it gives us ..."
Smiley M.M. Music Matters: David Bowie, Still Not ..."
""that many of us do not accept that a few cells of human DNA constitute ..."
myintx How I Changed My Mind About ..."
"No thought given to the unborn child whose life was 'silenced and oppressed'... sad."
myintx How I Changed My Mind About ..."
Browse Our Archives
get the latest from
Evangelical
Sign up for our newsletter
POPULAR AT PATHEOS Evangelical
1