How “Happy Days” Made Me (Horrible)

We went for a hike, alone. I felt pretty good about it–very cool and in control. I was about a year older than her, about 15, and even though I wasn’t particularly attracted to her, I was committed to seeing this little excursion through and making out by the end of the hike. I honestly felt I would be doing her a favor. She wasn’t going to do much better than me. And it really didn’t mean anything–it was just something fun you could do together. So we walked out into the desert behind her house, up onto a butte overlooking our small town, and we just stood there, a few feet apart. This is the part where we make out, I told myself. Go over to her and start doing that.

But I didn’t. She was happy and having a good time, but she was nervous, too. And I couldn’t do anything. We enjoyed the sights and walked home and that was it.

The months leading up to this failed attempt to steal first base (which you can’t do in baseball, and I couldn’t either) my family had been enjoying reruns of Happy Days on Nick at Night. We had only recently opted to get cable after spending most of my home school youth with fuzzy, bunny-eared TV, if any TV at all, and Happy Days offered family friendly entertainment. We loved it. I remember watching the characters fall in love and go out with a new girl every night and never have sex or really “sin” but just have fun, every night. It looked and–more importantly–it felt good, really good. That kind of good that seems like you could actually matter in the world, if you were like them.

Dear God have mercy on me, a corny sinner, but I swear I watched Happy Days and thought I should be Richie Cunningham, “frenching” a new chick every week. And I sat there like a dopey, selfish, arrogant fool and plotted to get this girl out into the desert so we could make out like on the TV. God’s mercies are never ceasing and he protected that poor sweet girl and me from my own stupidity.

Aside from the fact that I was a pretty rotten kid (but by the grace of God . . .), this experience taught me a lot about culture and how it affects us. Happy Days was supposed to be safe, and in many ways it was. But it projected a vision of the teenage Good Life that shaped my imagination in subtle ways over time. Where other teens might have struggled with lust after watching an R-rated movie with nudity, I blithely accepted that existential validation for a teenage male meant making out with girl after girl, all without consequence or guilt or harm–just happy days.

I don’t tell this story to let the world know what an awful kid I was (I was), or to lament the fact that I watched Happy Days (I don’t). We are shaped by the visions of the Good Life that we meditate on and that are most aesthetically pleasing, whether it’s Happy Days or Shakespeare. And for Christians the response to this reality is not fight, freeze, or flight. Flight is only possible in death; we’re stuck here, embodied in our communities with all their stories and competing visions, as long as we are alive. Freezing is irresponsible, an overwhelmed response that just allows our culture to influence us without restraint. Fighting is ignorant, trampling the good and beautiful and true in a frantic effort to “redeem” culture by forcing it (via boycott, if necessary) to share our vision.

The only response is the message of the Gospel, of a vision of the Good Life that is more beautiful and true and good than any conceivable alternative. Only, I mean the Gospel presented in all its aesthetic majesty, not as some thin, cultural preference we momentarily ascribe to in our particular community, but as the historical revelation of sin become undone through grace for all who believe. Because what I was looking for out there on that desert butte was being alive itself–the assurance that I mattered in a terrible and impossibly large world that otherwise would eat me alive.

Maybe it would have helped to analyze the show with my parents, to discuss how the Fonz’s world was a lie and how I’d feel no better about my life no matter how many girls I necked with. But if I had, some other vision would have just taken its place. There’s not enough time in the day to challenge every false vision of the Good Life we encounter. And anyway, I think the problem was more fundamental than that; it was a failure to see myself already loved and assured, already meaningful and significant because of Christ’s prodigal love, a vision of life and life abundantly.

This article was adapted from the editor’s letter in the most recent issue of Christ and Pop Culture Magazine, “Moving Stories from Our Youth.” 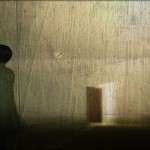 January 21, 2014
#Instagrown: In an Age of Instantaneous Everything, What Happens to Adolescent Yearning?
Next Post 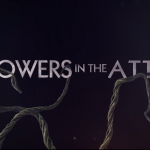 January 22, 2014 Flowers in the Attic and the Allure of the Dark
Recent Comments
0 | Leave a Comment
Browse Our Archives
get the latest from
Evangelical
Sign up for our newsletter
POPULAR AT PATHEOS Evangelical
1