#Instagrown: In an Age of Instantaneous Everything, What Happens to Adolescent Yearning?

#Instagrown: In an Age of Instantaneous Everything, What Happens to Adolescent Yearning? January 21, 2014 Amanda Wortham

Adolescence is a matter of restlessness. It is a churning, writhing cesspool of desire. No, not that kind of desire – not entirely. Mostly, it is the recognition of this pull toward adulthood, the acknowledgment that something is ahead, above, beyond what has already been known and experienced. That elusive something seems bound up in money, making out, and mystery, with a little flash and smoke. The hallmark of this formative chapter is that maturity, adulthood, that something, is close enough to be seen, tasted, and smelled, but not taken. Adolescence, in a word, is yearning.

At least, that’s the way it was. Teenagers used to be limited by their lack of freedom. Unable to drive, hold a real job, or offer anything beyond some nervous company and paper notes to the opposite sex, adolescents often found themselves in a holding pattern, seemingly ready for adult interaction but unable to organize the logistics of obtaining it.

But it is a new day in the land of youth. The waiting seems to be over. No longer do kids have to stand by for odd jobs to become available so they can count change to pay for a ride to the mall and a new album. No longer do boy band fans have to wait weeks for the mail to confirm that their undying love has (not) been requited. No longer do young girls stare at the family phone, coiling cords around their fingers and willing it to ring with invitations to the next thing. Sure, the internet was created by adults, but it was dreamed up by fourteen year-olds decades ago. The best entertainment can be purchased for pennies and enjoyed in total privacy. Social media offers constant peer-to-peer interaction, without the difficultly of deciphering tone, the awkwardness of maintaining eye contact, or the risk of voices cracking. Online personalities can be carefully curated to everyone else’s envy. The pressures of real time are removed, and all that’s left is your best self, however artificial that may be.

I’m waxing nostalgic, indulging in one of the few sweet luxuries of growing older. Painting the past in a clean glow has been a pet fallacy of adults for generations. And criticizing this age of technology is like shooting fish in a barrel. There are countless dangers both on and offline that await young people. No one is arguing that the internet is a safe and sanitized place for kids to hang out. But let’s be real – I love living in this era. I’m not standing on the metaphorical porch of the internet, angrily waving a joystick at kids who zoom by on their shiny new tablets. There’s no bitterness here, just an honest question: In an age of instantaneous everything, what happens to adolescent yearning?

In some ways, I think this new crop of teenagers is more susceptible to anguish because of the internet. Their interactions on social media sites are just manifestations of all those old longings, of “the old sore heart… stamping in its stall” as C.K. Williams wrote. Only this time, those desperate hearts are laid bare for the world to see. All of the old variables that used to make us wait – the postal service, the limited radio signals, the telephone’s busy tones – weren’t they all just excuses? Weren’t they the very things we blamed to keep from feeling rejected when our celebrity crushes didn’t write back, when our favorite songs phased out of the top forty, when popular kids didn’t return our calls? Being overlooked didn’t smart quite as much because our failings were obviously just technicalities, glitches in the system. We, as people, could (theoretically) still be cool.

Modern teenagers don’t have that luxury. They sift through hundreds of photos to choose one, crop it, filter it, caption it, hashtag it, and post it. And if their friends/followers ignore that photo, they’re not ignoring the bad shot that the photographer took that one time school photos and an acne breakout collided, they are ignoring the best photo a kid and technology can cobble together. Adolescents can’t pine for a day when their crush will see their best photos. That day is now. He didn’t click like. Game over.

Teenagers are often labeled as easily distracted cowards who hide from face to face interaction behind their smartphones. And yes, I find myself constantly adjusting my posture to keep adolescents from breaking eye contact with me. But to call them cowards is to entirely misunderstand the situation. The internet doesn’t shield us. It connects us. It removes protective armor and the ability to shift blame. Every teenager has experienced rejection, and the easy thing would be to quit, to give up, to hermit. But they don’t.

These are people who have been rebuffed over and again. They have offered the world their best and have been met with scorn, malice, or worse, indifference. But they do not languish in defeat. They look rejection in the eyes, recharge, and post again. In an era that demands immediate responses, they have learned to be instantly brave.

Amanda Wortham teaches literature to a fantastic group of teenagers at a classical Christian high school. She lives a little south of Birmingham with her husband, Ben, and their splendid toddler girl. 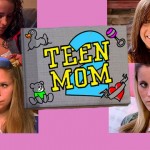 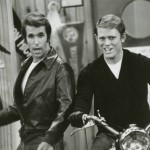 January 22, 2014 How "Happy Days" Made Me (Horrible)
Recent Comments
0 | Leave a Comment
"Radford made a connection between Ender and Hitler.Another possible connection: Could Card have been referring ..."
Raymond Z ‘Ender’s Game,’ Genocide, and Moral Culpability
"Faith is the confidence that what we hope for will actually happen; it gives us ..."
Smiley M.M. Music Matters: David Bowie, Still Not ..."
""that many of us do not accept that a few cells of human DNA constitute ..."
myintx How I Changed My Mind About ..."
"No thought given to the unborn child whose life was 'silenced and oppressed'... sad."
myintx How I Changed My Mind About ..."
Browse Our Archives
get the latest from
Evangelical
Sign up for our newsletter
POPULAR AT PATHEOS Evangelical
1 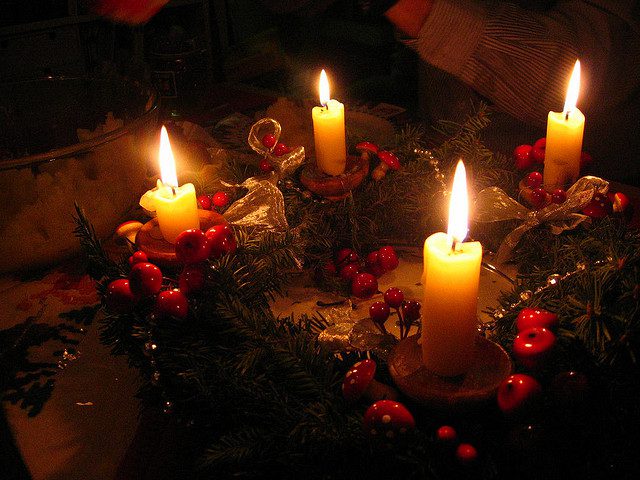