Is Apple’s 12 Days of Gifts Blurring Our Vision of Epiphany?

“[F]or me the meaning of life is centered in our Redemption by Christ and what I see in the world I see in relation to that.” — Flannery O’Connor

Apple brought a new holiday promotion to America this past Christmas season that it’s run overseas for several years: a 12 Days of Gifts app that offered one freebie a day from December 26 through January 6. These giveaways, like the litany of gifts from the promotion’s Christmas carol inspiration, had no coherent theme, ranging in medium from music to games to books and in audience from children to adults. Most likely the person excited about the Tiny Thief game (Day 2) would be less interested in Avicii’s “New Year’s Eve Mix” (Day 6). But beggars can’t be choosers — or, as tech reporter James Billington cheerfully put it, “It’s all free swag so what’s not to like?”

In one sense, this marketing campaign fits perfectly with Christmas’ joviality. Apple’s promotion told us in our post-Noël blues, “But wait! There’s more!” Apple helpfully offered to stave off any possible letdown we might’ve felt while cleaning up the tinsel and stowing the tree for next year. Of course, Apple wasn’t completely altruistic in this offer. Yes, the company capitalized on the gift-giving and gift-receiving atmosphere generated around the holiday, and its promotion rushed into the void left in Yuletide’s wake. As the popular “Twelve Days of Christmas” carol testifies, though, Apple’s promotion merely borrowed preexisting cultural capital fleshed out in holiday traditions both sacred and secular.

The extension of the Christmas season has a long history in both the ecclesiastical and cultural arenas. Stemming from European and Scandinavian roots, the Twelve Days of Christmas run (with some variation) from December 25 through January 5. Most likely, such festivities originated to fill the gap between the Church feast days of Christmas and Epiphany. Christmas, of course, celebrates the Incarnation. Less popular though equally significant in the Church’s life is Epiphany, which commemorates the revelation of Christ’s divinity to the world. (The holiday’s title comes from the Greek epiphaneia, or “manifestation.”)

Obviously, the January 6 of Apple’s 12 Days of Gifts bore little resemblance to that of Epiphany. But the impingement of market forces on Church holy days makes articulating these distinctions worthwhile. The battle over the Christmas season’s cultural significance raged long before Apple stepped into the fray, but the company’s presence provides Christians with a unique opportunity to consider how the blending of the sacred with market forces blurs our vision of the essential truths at the heart of the Epiphany celebration.

Those in non-liturgical churches will still recognize Epiphany’s most common biblical touchstone: the Journey of the Magi. The radical quality of the Magi’s journey has perhaps become lost in Christmas lore. Wise men worshiping the infant Christ alongside shepherds is an iconic fixture in the nativity sets that decorate our homes. Yet this ubiquity today belies the incongruity of their anomalous presence in first-century Bethlehem. T.S. Eliot captures the transformative nature of the wise men’s trek in the aptly named “Journey of the Magi.” Eliot imaginatively extrapolates the impact of meeting the Christ child and recognizing His divinity has on the literary magus, the poem’s narrator. The magus, recognizing the import of his insight, returns home but can “no longer [be] at ease” there among what have now become “an alien people clutching their gods.” These gods, of course, used to be the speaker’s own, yet in the face of revelation, their vacuity becomes manifest and their power to enthrall lost. Epiphany breaks bondage and sets captives free.

Epiphany can and should continue to do so today. Yet the commercial discourse dominant in contemporary society, of which Apple’s 12 Days app is merely emblematic, actively subverts the renewal of our minds demanded by Romans 12. Cacophonous in our contemporary world are marketing campaigns that elevate us as individuals. They encourage us to consume and demand more, to focus on fulfilling our wants. When human or worldly imperfection is highlighted, the ready (purchasable) solution immediately follows. But such an emaciated narrative is a sorry caricature of the real human condition. As we know, but often need reminding, the human being of the commercial world is little more than a phantom of the human being in light of Gospel truth.

To our egoistic selves, the easy consumer happiness represented by Apple’s 12 Days app appears preferable, but such happiness is at best fleeting and cannot sustain a full-bodied life philosophy. Epiphany’s message, on the other hand, resonates with the deepest truth: human beings are made in God’s image; they have sinned and warped that image; God incarnate in Christ has made possible redemption through His death, burial, and resurrection. Acceptance of this truth demands submission to the God of the universe, a denial of self rather than its indulgence.

Flannery O’Connor’s Misfit in “A Good Man Is Hard to Find” ironically makes this point: “If [Jesus] did what He said,” the Misfit says to the self-centered Christian grandmother, “then it’s nothing for you to do but throw away everything and follow Him, and if He didn’t, then it’s nothing for you to do but enjoy the few minutes you got left the best way you can — by killing somebody or burning down his house or doing some other meanness to him. No pleasure but meanness.” What makes the Misfit’s declaration ironic is that, as his name implies, his life choices make him an unlikely candidate for truth-telling — yet he intuitively comprehends what the pious grandmother has denied in her behavior and attitude.

As O’Connor demonstrates so well, Christians often need reminders to live worthy of the vocation to which we are called, particularly in a world where consumerism runs amok and self-indulgence is assumed to be normative. The ultimate irony, of course — and it does us well to ponder this afresh in the season of Epiphany — is that the culmination of this transformation makes for our greatest joy. Dying to self makes possible newness of life and a future in Christ that goes beyond all comprehension — something quite a bit more glorious and satisfying than a Justin Timberlake performance. 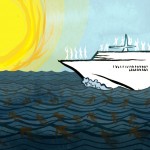 January 6, 2014
Cruising on a Sea of White Privilege
Next Post 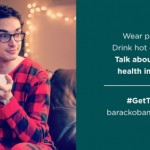 January 6, 2014 Pajama Boy is Everything That's Wrong with American Manhood! (and Other Misconceptions)
Recent Comments
0 | Leave a Comment
"Radford made a connection between Ender and Hitler.Another possible connection: Could Card have been referring ..."
Raymond Z ‘Ender’s Game,’ Genocide, and Moral Culpability
"Faith is the confidence that what we hope for will actually happen; it gives us ..."
Smiley M.M. Music Matters: David Bowie, Still Not ..."
""that many of us do not accept that a few cells of human DNA constitute ..."
myintx How I Changed My Mind About ..."
"No thought given to the unborn child whose life was 'silenced and oppressed'... sad."
myintx How I Changed My Mind About ..."
Browse Our Archives
get the latest from
Evangelical
Sign up for our newsletter
POPULAR AT PATHEOS Evangelical
1

Ben Watson on Why We Need a Culture...
Retired NFL player Benjamin Watson is husband to Kirsten and father of...
view all Evangelical blogs
What Are Your Thoughts?leave a comment
Copyright 2008-2021, Patheos. All rights reserved.