The Body of Christ, the Balloons of Salvation: On Christian Balloon Twisting

The Body of Christ, the Balloons of Salvation: On Christian Balloon Twisting January 14, 2014 Martyn Jones

To give you a taste of the kind of content found in each issue of Christ and Pop Culture Magazine, each day for the next two weeks, we’ll be counting down our ten favorite features from the magazine in 2013, allowing you the rare opportunity to read each exclusive magazine feature in full. For more features like this, download the magazine for iPad and iPhone from Apple’s Newstand.

Number 4: Balloon twisting for Jesus is an easy topic for mockery, but Martyn Jones considers some of the thicker implications of such airy object lessons.

Lopsided, bulbous, and radiant with the muted sheen of flesh-toned latex, Jesus Christ hunches in a church narthex. He’s carrying his cross in the direction of the fellowship hall, where presumably he will be brutally crucified by Roman soldiers in front of a jeering crowd of Sunday school attendees. His feet are planted lightly on the carpet; his enormous eyes are skin-toned donuts, devoid of white or color or pupil. His massive cross sways above him, weightlessly.

Who is this Jesus? Well, this particular Jesus is actually an intricately wrought tower of twisted balloons.

Long the art of circus clowns and birthday magicians, balloon twisting has also become a popular tool of children’s ministries, if the proliferation of online resources (and a call-out at Dangerous Minds) is any indication. Sites such as Gospel Balloons, Professor Wonder, Joybringers & Magic Ministry, and Sharon Ministries feature page after page of lessons for beginning twisters, new designs for seasoned hands, and even lengthy balloon-based curricula for competent, um, latex wranglers.

Balloon twisting’s appeal for children’s ministry lies in its ability to grab the attention of a young crowd. Some of the curriculum lesson plans bank on this fact:

There seems to me to be a disconnect, however, between a simple object such as this and the massive structures that are these balloon craftsmen’s crowning achievements. A fish I can understand; a cross, even, or an incongruous rabbit. But a life-sized nativity setup, set against a rubber-walled manger? Or Noah’s ark, replete with grinning figures waving (to whom—unfortunate swimmers?) under the spindly neck of a giraffe?

I’m tempted to say of such displays, “he is not here, for he has risen,” which is an ill-conceived joke about helium in this context. But really, balloon twisting evangelism and teaching, even at their gaudiest and most overwrought heights, are of a piece with other perennial Sunday school tools such as the flannelgraph, Veggie Tales, and marshmallow manna.

Children are sensitive. This being the case, adults who want to teach their kids Bible stories often scrub out the nastier bits so as to preserve the heart of the message without traumatizing their children. The flannelgraph, that velvety plane upon which paper cut-outs of Bible characters act out their stories, is a perfect example of this. The colors are bright and attention-grabbing; the scenes are bloodless without exception. The logic is akin to that of the physician’s oath: “Do no harm.”

So it is too with balloon-twisted Christs and Noahs. If a nail is applied to the palm of balloon Christ, he doesn’t bleed. He disappears. His universe is one that does not allow violence to enter its frame. If a fistful of needles were to fall upon the inflated Son of Man, he would not cry out in pain. There would be a quick succession of pops, and then, like Obi-Wan, he would be gone—perhaps to his balloon father’s Bounce House, where there are many rooms.

Certainly the bright pinks and greens of this saccharine world are not meant to last into adulthood, and at some point it behooves Sunday school teachers to communicate the harsher sides of Bible stories, lest their charges remain sealed in a Children’s Bible spirituality beyond the natural scope of its appropriateness. The stripes across Christ’s back were real; thank God he did not disappear when they pierced him.

At the same time, the limits that circumscribe the usefulness of balloon-twisting as a minister or evangelist’s tool point to the limits that circumscribe all our attempts at communicating information about God. The grotesque balloon Christ, like a cartoon character whose flesh has been ripped away to expose a cartoon skeleton, bears an uncomfortable similarity to all our depictions of Christ, because all signs that point toward infinity are by nature poor in spirit, meager, and humble, insufficient to the task that they appoint themselves.

To automatically denigrate the balloon Christ is to risk foreclosing on the whole task of theology. We can’t forget what it is that we’re asking our signs to do, how far we’re demanding they reach. As Czeslaw Milosz writes, “I tire easily, building the stairway of abstraction.” The difference here is not in kind, but degree—moving from rubbery hieroglyphs to numbered propositions is moving, perhaps, from milk to fortified milk. The abyss between our signs and their eternal referent remains gaping wide.

What saves both the balloon Christ and the labyrinthine theological text? A healthy sense of analogy—specifically, an appreciation of analogy as a means of carrying thought toward the divine without collapsing the transcendence of God into the closed immanence of the natural world, and the systems of thought contained therein. Theological analogy does not comprehend or collapse; it illuminates—provided its use is governed by “the measure of charity revealed in Christ,” as David Bentley Hart says. Put too much pressure on any analogy, and it will come apart, as it ought. Store up manna for yourself in a jar, and tomorrow you will find it shot through with worms. Of course, this is only an analogy.

Faithful theologians make no claim of having mapped God’s very self-understanding, but rejoice in God’s character and work being further illuminated in ways that get our fragile minds on the hook. Similarly, the faithful balloon modeling teacher celebrates his audience having grasped some facet of God’s love for them; he is content with other signs than his being the ones that will carry further nuance and conceptual depth, as those become more appropriate features of his audience’s understanding.

In the meantime, it is good to make the fish.

So our balloon animals take shape and our sermons sally forth, throwing a borrowed light where they are able and attuning our ears to hear the still small voice. Make the fish. Trusting in the hope of God, who by his grace allows our feeble words and balloons about him to be meaningful in spite of their poverty, may we ever keep carrying the message we’ve been given with the meager tools we’re allowed. Sometimes it takes a bit to see it.

Martyn Jones is a Chicago-area writer with abiding interests in phenomenology, reformed theology, and contemporary fiction. Since graduating from Wheaton College in 2010, he has worked for Apple, written for Groupon, and received his M.A. in philosophy from the Katholieke Universiteit Leuven in Belgium. Marty writes sporadically for supercurriculum.blogspot.com, and you can follow him on Twitter: @martynwendell. 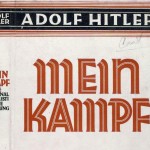 January 13, 2014
The Hidden Craze Over Mein Kampf
Next Post 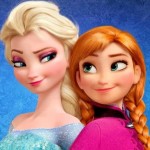 January 14, 2014 Beware the Frozen Heart
Recent Comments
0 | Leave a Comment
Browse Our Archives
get the latest from
Evangelical
Sign up for our newsletter
POPULAR AT PATHEOS Evangelical
1