The Hidden Craze Over Mein Kampf

Ever since its release in the U.S. in 1939, the sales of Mein Kampf have steadily declined. However, with the recent rise of e-readers, it has made a significant comeback.

The market for Mein Kampf is an excellent example of hidden pop culture. This secretive realm exists in closets and alleyways, under mattresses, tucked in dresser drawers, and now in e-readers. It’s popular culture that isn’t public or open for shared use and enjoyment. While there’s no embarrassment in this society to enter a bookstore to purchase Harry Potter, people would think twice before being seen purchasing Mein Kampf or racy romance novels. Nonetheless, the popular trends and culture that we consume in “private” say just as much about our characters and values as the public ones.

When I was in college, I took a seminar on the theory of history (historiography). The professor had us read a wildly popular racy love story from the Victorian period in England (for the record, it was racy for its time, now it would be somewhere between PG and PG-13). The next week, he asked, “What does this novel say about the culture?”

We all gave answers like “They spent a lot of time in gardens” or “They had large families.” He rephrased the question: “No, what does the fact that this racy novel was a bestseller say about a society that was so conservative on the surface?”

His point was that while most people think of the Victorians as puritanical, there was a hidden level of culture that undermined its moral norms.

Most people today would agree that Hitler’s ideas were morally troublesome; yet there’s a fascination with the mind of a madman — a fascination that we wouldn’t reveal to our neighbor. Some are of course interested in Mein Kampf purely as a political or World War II study, but this accounts for only a small specialized portion of its readers.

The taboo nature of the work is apparently attracting a considerable amount of clandestine and curious readers. I’m not saying that our culture is becoming neo-Nazi, Fascist, or anti-Semitic. My point is simple: What’s popular is not always what is publicly acceptable.

Ever since Adam and Eve, we’ve all been attracted to the forbidden. It embarrasses us, so we cover it with fig leaves, or with Kindles. I’m not saying that reading Mein Kampf on your Kindle is a sin. But we need to be honest with what the hidden fashions of pop culture say about us. What’s in your closet, dresser drawers, or e-reader may say more about you than you like to admit. Maybe you’re crazier than you want people to know! 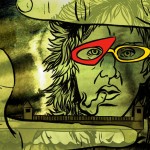 January 13, 2014
A Life of Two Stories: An Interview with Joshua Kemble
Next Post 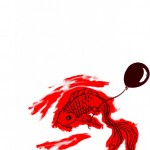 January 14, 2014 The Body of Christ, the Balloons of Salvation: On Christian Balloon Twisting
Recent Comments
0 | Leave a Comment
Browse Our Archives
get the latest from
Evangelical
Sign up for our newsletter
POPULAR AT PATHEOS Evangelical
1