Virtual Choices, Real Effects: The Impact of Our Hyperlink Trail

“…we always pay dearly for chasing after what is cheap.” —Aleksandr Solzhenitsyn, The Gulag Archipelago

Robert Frost’s most recognizable poem is probably his most misunderstood. Despite popular opinion, “The Road Not Taken” is not an anthem to the individual or a smug reflection on the speaker’s decision-making acumen. Rather, it’s a meditation on time, mortality, and finitude. It’s about human limitations. Two roads diverge but only one can be taken. At the crucial decision point, Frost may not know the outcome of his choice, but he does know that a choice for one path entails a rejection of the other.

A moment’s reflection makes it obvious that Frost doesn’t hail from the Internet age. His deliberative tone and the gravity of his choice seem almost alien in a digital world where the facade of disembodiment suggests unbounded possibilities. The Web’s panoply of tantalizing hyperlinks and the illusory immateriality of our contemporary existence almost promise to resolve Frost’s dilemma. A world of information at our fingertips seems to offer endless alternatives, an illusion ultimately rendered impossible by the obstinate strictures and constraints of reality—which makes Frost’s poem all the more poignant and germane today.

Several recent opinion pieces have dismayed of the cultural consequences of our collective electronic choices. Jonah Goldberg argues that they bespeak a “[t]riumph of the vulgarians,” citing everything from Miley Cyrus’s VMA performance to Top Chef‘s profane language as proof. Others echo Goldberg’s concern, including Lee Siegel and Jennifer L. Scott, in the Wall Street Journal and Huffington Post, respectively. It’s not primarily the celebrity behavior that troubles Goldberg et al., but rather the public response it elicits which boosts traffic to YouTube and populates Facebook and Twitter with banal, distasteful links. Content of character, both individually and collectively, is formed incrementally—click by click, view by view, purchase by purchase. To update Frost’s poem, every hyperlink inexorably leads to the next. And the outcome of this activity is troubling.

By some counts, Cyrus’s performance generated over 200 million YouTube views within only two weeks. She tops Google’s most-searched-person list in 2013, with Drake—the rapper with his many less-than-edifying titles—following in second place. The music industry in particular seems especially vulgarity-prone: Robin Thicke’s horrifically distasteful “Blurred Lines” lead the sales chart with 1.44 million copies purchased in the UK alone.

I understand Goldberg’s disheartened response to these trends. My Facebook feed often suggests that vulgarity has triumphed. However, it’s not time to throw in the proverbial towel yet. While public displays of vulgarity seem on the upswing, something can and should be done. We cannot stop either lewd behavior or the public’s voyeuristic interest in it, but if we Christians at least refuse to indulge in it ourselves, perhaps we can stem the tide a bit. A laudable aversion to sanctimony or prudery is no excuse for indulging immorality or becoming vulnerable to vulgarity. In Reading between the Lines, Gene Edward Veith defines vulgarity as embarrassing, rude, and coarse behavior and language lacking taste. While Veith explains that vulgarity “is not necessarily sinful,” he argues that it’s aesthetically deficient at best.

Unlike Frost’s wooden path, a hyperlink trail may leave us in the same physical position but hardly in the same spiritual condition. What we dwell on entrenches us in a mindset oriented more toward light and life on the one hand, or darkness and death on the other. Each online choice is an assent, an affirmation, an endorsement—and makes the next click in that direction easier. Some vulgarity we cannot avoid, but where we direct our mental focus and energy matters. Attention to the crude or gauche runs counter to the biblical admonition of Philippians 4:8, which tells us that which is true, honorable, just, pure, lovely, and commendable is what deserves our attention.

Appropriating this wisdom is especially important for Christians. Robert Adams, in Finite and Infinite Goods, maintains that believers should “care about loving the excellent, inasmuch as worship celebrates an excellence in God.” To discern, desire, and pursue the excellent ultimately helps orient our minds toward God and enlarge our understanding of worship as daily practice. Veith explains that “[t]he process of learning to enjoy (subjectively) what is admirable (objectively) is known as the cultivation of tastes. […] What we delight in has a spiritual dimension.”

Encountering excellence is enlivening in a way that entertaining vulgarity can never be. Adams argues that all manifestations of excellence in some sense image God, offering examples such as “the beauty of a sunset, a painting, or a mathematical proof” or  “the greatness of a novel, the nobility of an unselfish deed, or the quality of an athletic or a philosophical performance.” 2 Peter 1 echoes this argument, explaining that God is the source of life, glory, and excellence into which we have been invited. Since every good and perfect gift is from above, our virtual lives, too, should exhibit this virtue: discerning, encouraging, and practicing the excellent, as a means to know, worship, and follow God.

C. S. Lewis reminds us, in his preface to The Great Divorce, that

[w]e are not living in a world where all roads are radii of a circle and where all, if followed long enough, will therefore draw gradually nearer and finally meet at the centre: rather in a world where every road, after a few miles, forks into two, and each of those into two again, and at each fork you must make a decision.

As the familiar proverb affirms, sow a thought, reap an action; sow an action, reap a habit; sow a habit, reap a character; sow a character, reap a destiny.What starts with the small everyday choices—today, especially in cyberspace—invariably puts us on a trajectory, develops a momentum all its own, and ultimately results in the largest of possible consequences, for good or ill. 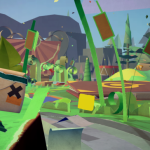 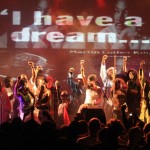 January 24, 2014 Hip Hop Out of Nothing: A Disenfranchised Community's Word-Wrought Empowerment
Recent Comments
0 | Leave a Comment
Browse Our Archives
get the latest from
Evangelical
Sign up for our newsletter
POPULAR AT PATHEOS Evangelical
1