‘Tearaway,’ Tolkien, and the Role of Sub-Creation

Warning: This article contains spoilers about the video game Tearaway.

I don’t think Media Molecule consciously attempted to make Tearaway (a paper-styled platform game for the PlayStation Vita) a commentary on the relationship between God and man.

Take the studio’s name, Media Molecule, which suggests its role is to be a piece of the tradition of storytelling that makes up the larger body of media. The end game is contributing to capital-M Media.

Or consider Tearaway itself. In Tearaway, you exist as yourself, the human, your face emblazoned on the in-game sun via the Vita’s camera. The game acknowledges you and names you one of the Yous. Then it brings You into its almost-origami papercraft world, where the controls move a messenger, a living envelope with something to deliver to You, bound as he is to the gravity of his world. Throughout the game, You’ll shove your fingers and face into the game world via touch controls, thus directly affecting the game world, presumably making this venture uniquely your own.

After the messenger ambles its way through mountains, valleys, and waves of Scraps—evil animate newspaper clippings from the real world—the message arrives at Your face in the sun, unfolding like a pop-up book and telling the story of the game You’ve just played. The final message reads, “This is your world. Make it a world full of stories.”

This, then, is the great imperative of so much art, so many hours of toiling over a piece of media, editing it and marketing it and dwelling nervously over it and eventually letting it go, all to say to the consumer, “Make more of this!” Tearaway’s apparent thesis here is at the heart of my assertion that Media Molecule did not intend to craft the game as a work that reflects the relationship between God and man. Any piece of media, once consumed, should cause the consumer to lean back in thought and ask his or her mind to justify the creation of the media, not merely propagate it. The question “Why?” is inherent to human consciousness. Tearaway does not provide much of an answer, I’d argue, not even for a good story. The propagation of more good stories is fruitless without a next step, an underlying motivator.

There is only one story that can claim the bedrock of human purpose.

J. R. R. Tolkien, author of The Hobbit and The Lord of the Rings trilogy, told stories for the sake of the One Story: the gospel of Jesus Christ. This gospel is the story of how God, who created the universe and everything in it, including humanity, became a man Himself as Jesus Christ of Nazareth so that He might die to save humanity from our just, eternal judgment for the sin that we all are slaves to from birth. He was crucified on a cross, rose from the grave three days later, and now offers eternal life to those who would believe in His atoning act of saving grace.

Do you feel the weight of that, the eternal weight? Tolkien believed in the saving power of the story of Jesus Christ and sought to illuminate that truth in his fantasy literature. His philosophy for how this worked is complex and tied distinctly to language, with the purpose of illuminating the relationship of God to humanity—a redemptive history if ever there was one.

Middle Earth, the setting for The Lord of the Rings, had its own legends of origin, which Tolkien chronicled in his dense volume The Silmarillion. In it, the original creator, Eru Ilúvatar, gives consciousness to several orders of beings, all of whom try their own hand at creation. One of these creatures, Aule, attempts to create life by making the bodies of the dwarves, but fails to give them the breath of life, which eventually comes directly from Eru. The two entities have a pow-wow on the subject, in which Aule reveals something absolutely central to Tolkien’s philosophy of creation, that “the making of things is in my heart from my own making by thee; and the child . . . that makes a play of the deeds of his father may do so without mockery, but because he is the son of his father.”

Tolkien called this the impulse to “sub-creation,” a term he apparently coined and used to explain his own efforts at storytelling. The connection between Aule and humanity is this inborn desire to do something that its Creator has done, distinct from the rest of non-creative creation.

Tolkien argued that this faculty is built into the fiber of language. He was a philologist himself, even working at Oxford to define words for the Oxford English Dictionary, and valued the capacity for speech and writing and conscious thought so greatly that he felt a compulsion to not only fully understand its role but also make some purposeful sense of it. He was always asking the question, “Why?”

In his essay “On Fairy-Stories,” Tolkien reveals his findings:

The incarnate mind, the tongue, and the tale are in our world coeval. The human mind, endowed with the powers of generalization and abstraction, sees not only green-grass, discriminating it from other things . . . but sees that it is green as well as being grass. . . . When we can take green from grass, blue from heaven, and red from blood, we have already an enchanter’s power—upon one plane; and the desire to wield that power in the world external to our minds awakes . . . but in such “fantasy,” as it is called, new form is made; Faërie begins; Man becomes a sub-creator.

According to Tolkien, just the ability to sub-create (language, which creates subjective reality) is enough to compel the act of sub-creation. Then we might ask, “Why fantasy? Why all the elaborate, non-allegorical races and epic struggles against evil? Is it just to feel good about the characters, or maybe to glory in the value of the human spirit? What’s the big deal?”

He answers: “Fantasy remains a human right: we make in our measure and in our derivative mode, because we are made: and not only made, but made in the image and likeness of a Maker.” He exalts the likeness of the Creator, thereby exalting the Creator, by creating—or, rather, sub-creating, so that the real glory of the act of creation remains reserved for God and God alone, by whom all things are made and sustained.

So the value of storytelling, or even of any use of language, is just like our value to God. If humanity is in His image, then it’s for the purpose of pointing to the real thing. That’s what an image (and a narrative) should do.

But there’s only one narrative that reveals the greatest attribute of the greatest entity of all time, and that’s the gospel, which reveals God’s grace in the most magnificent way possible (Ephesians 1:6). Completely selfless love, perfect justice, and infinite mercy all in one historical narrative. Knowing as much, Tolkien wove these and related themes into his literature: the hobbits give selflessly to save a world they don’t identify with; elves and men forever combat evil to complete justice in Middle Earth; Gollum is spared by Frodo and Sam’s mercy. Without succumbing to allegory, Tolkien might say, he revels in the things he loves about his Creator in his sub-creation.

I think what Tearaway hints at is a concept that Tolkien began to see in its grandeur and exploit in his work: namely, that ours is an existence predicated by existing, that our lives—these “light momentary affliction[s]” (2 Corinthians 4:17)—matter because we have them, and we have them because someone gave them to us. In reflecting through a glass dimly the act of giving life, we are glorifying the original Giver of life. The value of the created is its value to the Creator.

Tearaway suggests this by its intrusive and congenial thrusts through the fourth wall, finally landing in our world, the world, as a world in need of stories. Tolkien sub-created his way to a solid philosophy and theology of humanity as a living mechanism for bringing glory to God. His friend C. S. Lewis went a step further, writing in “The Weight of Glory,” “The proper rewards are not simply tacked on to the activity for which they are given, but are the activity itself in consummation.” Or, as John Piper has put it in Desiring God, “Worship is a way of gladly reflecting back to God the radiance of His worth.”

The bridge is worship. We are wired to worship. We desire deeply and intimately to worship. Right worship, the worship of the Savior of the gospel, commends the Author of the function of both narrative and worship for their value to the Author, namely the glory of God.

Dan Crabtree is a Washington D.C.-area IT guy, worship leader, and writer with a joyful passion for reformed theology and the praise of Jesus Christ. He has widely written about video games since 2009, currently writes about the intersection of faith and games at Christ and Pop Culture, and will continue writing until senility or Glory, whichever comes first. You can find him on Twitter @DanRCrabtree.

Photos via Media Molecule and Lord of the Rings Wiki 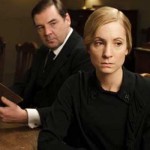 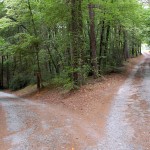 January 24, 2014 Virtual Choices, Real Effects: The Impact of Our Hyperlink Trail
Recent Comments
0 | Leave a Comment
Browse Our Archives
get the latest from
Evangelical
Sign up for our newsletter
POPULAR AT PATHEOS Evangelical
1