Television and video games have been my arch enemies in parenting, and though they’re amoral things, it’s really bothered me that they’ve stolen so much of my kids’ attention. Consequently, they’ve become the focus of many battles. The boys especially seem to have zeroed in on them, and the other exciting things in our world have faded into the background. Again, amoral things, neither good nor bad. So why, then, is my gut reaction to “Can I play/watch something?” disappointment, frustration, even anger? I wouldn’t react the same if the request was for books, the park, or a snack.

In an effort to resolve these issues, we’ve done something drastic: unlimited screen time. Rather than setting times or making rules, we’re letting the kids, even our two-year-old, decide when they want to play/watch and for how long, and we’re talking and making suggestions along the way. (It’s hard work and very different than using screens to get a break from mothering.) Hopefully, the always available nature of unlimited screens will bring them down from the pedestal in their minds, to the same level as the other fun and interesting things in our world while also opening up discussion about related moral topics (e.g., relationships, sharing, selfishness).

We’ve been at it for two weeks and my kids are drinking from the deep well of electronics as if they’re dying of thirst. They’re binging and I’m regularly fighting panic and a desire to pull the plug… literally. Toys are left unused and new library books untouched. It’s extremely disturbing for me, as I gravitated toward a Waldorf, Montessori, “natural,” wooden-toy, homemade, handmade, book-centric kind of childhood.

The first few days, when the kids woke up and went straight for a device, I was like, “Whatever, it’s a new thing! They’ll get over it.” After two weeks, my sentiments are changing. When they awake and immediately open the iPad, I feel anger — a deep, abiding anger that makes me want to snatch it out of their hands and make some damn limits — big limits.

I’ve been thinking about this anger to get to the bottom of it. What I’m discovering has been shocking, and it has less to do with electronics and more to do with control. These are some of the things I’ve uncovered in my heart in the area of screens:

I hadn’t imagined this would come up when we removed screen limits. My children are still young, and they can survive the above thought-patterns by hiding what they really like or who they really are to get my approval. Eventually, though, they’ll stop wanting to do that and they’ll feel angry at having been made to do it at all. The above statements are the stuff of rebellion, disconnect, and wounding — the opposite of my hopes for my family.

This hasn’t been an enjoyable foray into my soul’s inner workings. It’s been ugly and sad, and I’ve been disheartened by the judgments I’ve lorded over my children, even if only in my mind. They won’t make the best choices in this area, or any other, but that’s why life is long and God is patient. I, however, need to grow in my patience and my letting go.

I had a great talk with my oldest after he hurt my feelings by constantly putting me off while playing a game. We talked about saying what we mean, looking people in the eye, how people can feel unimportant when ignored, and how relationships need fostering and care. If I’d been in my “limits” mindset, I would’ve just punished him for “breaking rules” or not doing “the right thing,” and he would’ve felt offended and angry. Instead, he gave a genuine apology (as opposed to the conditioned, drawn-out kind) because he understood how his behavior had affected another person.

Screens weren’t the issue, but I’d wrongly blamed them for relational problems in the past, thinking that things would be a whole lot easier if they were gone. In reality, this issue has brought our family grime up to the surface and we all know that’s never pretty to look at. We’d rather shut down whatever is stirring up the nastiness than actually work on getting rid of it.

Despite my continual fears that this will backfire, we continue moving forward with unlimited screen time. I started it because I thought it would give me what I wanted, i.e., kids who are less focused on screens. Instead, it’s revealed a lot about me, which has made me angry. I am dealing with this anger, as well as my fears that my kids will never put down the controls so they can discover more about themselves. Maybe they’ll choose screens less often, and maybe they won’t, but either way, we can dialogue about it and I can practice letting go.

Jamie O’Donnell lives in Japan with her husband, three kids, and their golden doodle. She loves writing, coffee, a good story, Jesus, and deep thinking. She blogs at highcountries.wordpress.com. 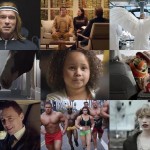 February 4, 2014
What They Want Us to Believe: Our Takes on the Most Noteworthy Super Bowl Commercials
Next Post 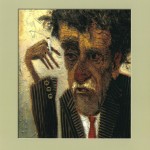 February 5, 2014 Kurt Vonnegut: Unlikely Apologist
Recent Comments
0 | Leave a Comment
Browse Our Archives
get the latest from
Evangelical
Sign up for our newsletter
POPULAR AT PATHEOS Evangelical
1

Does the Bible teach that women...
Determinetruth
Related posts from Christ and Pop Culture