Some of My Best Friends Are Monarchists

Some of My Best Friends Are Monarchists May 25, 2018 Jack Quirk

To the extent that your humble servant qualifies to have detractors, these will aver that the following will not be the first time that he has ventured to write on a subject that he knows nothing about. But, to my recollection, this will be the first time that I have openly, concededly, done so. The subject to be discussed is Monarchism as conceived by its American proponents; and the reason I cannot claim to know what I am talking about is that I cannot wrap my head around what they are conceiving.

I have no excuse for this. Some of my best friends are Monarchists, and I have tried to engage them on the subject. But they always have ended up exasperated by my inability to grasp what appears to them to be the most self-evident of precepts. They refer to earlier European times, and all that comes to my mind are medieval kings, generals really, who dispense military tenures to their chief officers after a conquest, like William the Conqueror. But when I object to living in a society constructed on such militaristic presuppositions, they insist that I am missing the point completely, and come close to openly wondering whether I am being dense on purpose. 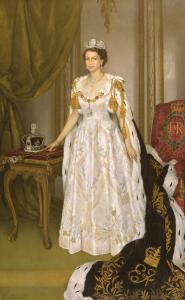 But my density seems endemic. When I try to enhance my conceptual powers on this head my mind runs from King Salman of Saudi Arabia to Queen Elizabeth II. So I consult the Monarchist League in search of clarification, only to find on its website that its “purpose is, quite simply, to support the principle of Monarchy. It represents adherents of differing styles of Monarchy, from Constitutionalists to Absolutists, recognizing that differing traditions require differing styles of leadership.” [1] So that’s no help.

There are times when I begin to suspect that “monarchy” is as pliable a word as “socialism” has come to be. Nowadays, when people say that they are in favor of socialism, they might mean anything from state ownership of the means of production, to workers’ cooperatives, to a generous welfare state. Sometimes they seem to mean simply not-capitalism. But I lack the qualifications to charge self-designated Monarchists with such an ambiguity, not being really sure where to commence my inquiry.

I should make it clear that I don’t suspect Monarchists of muddled thinking. I mean it when I say that some of my best friends are Monarchists, and they are people I respect. I sincerely do, however, fail to understand them when they talk about the superiority of a monarchical system. This is not to say that I am insensitive to the spectacle that a representative democracy can present, or the outright buffoonery that can be manifested by its politicians.

But I am not enough of a materialist to believe that systemic changes in the political structure are capable of altering human nature. Original Sin is one of the least popular of Christian doctrines, and the best attested. And one of the advantages I see in the republican form is that if the chief executive turns out to be a disaster we can get rid of him. A Caligula is always a possibility, and it seems that we need to have a better method than extra-legally dispatching him to his eternal reward in order to rid ourselves of such a menace.

I could be wrong, though. I’ve yet to meet a Monarchist who believes that I am rejecting something that I understand. But those of us who persist in our anti-monarchial intransigence should take comfort that in doing so we are not also doing something anti-Catholic. The number of Catholics who adhere to the idea might alert us that we are missing something critical about Catholic doctrine. It is not so. On the contrary, the Second Vatican Council informed us that the “Church, by reason of her role and competence, is not identified in any way with the political community nor bound to any political system.” (Gaudium et spes, §76) [2] Indeed the encyclical of Pope Leo XIII which gave Christian Democracy its name, Graves de communi re, specifically instructed that in the implementation of Catholic social doctrine we should not go about the business of changing constitutions: 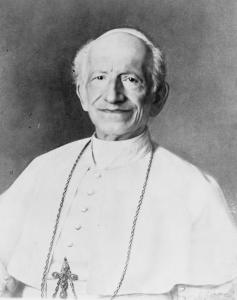 “Moreover, it would be a crime to distort this name of Christian Democracy to politics, for, although democracy, both in its philological and philosophical significations, implies popular government, yet in its present application it must be employed without any political significance, so as to mean nothing else than this beneficent Christian action in behalf of the people. For, the laws of nature and of the Gospel, which by right are superior to all human contingencies, are necessarily independent of all particular forms of civil government, while at the same time they are in harmony with everything that is not repugnant to morality and justice. They are, therefore, and they must remain absolutely free from the passions and the vicissitudes of parties, so that, under whatever political constitution, the citizens may and ought to abide by those laws which command them to love God above all things, and their neighbors as themselves. This has always been the policy of the Church. The Roman Pontiffs acted upon this principle, whenever they dealt with different countries, no matter what might be the character of their governments. Hence, the mind and the action of Catholics devoted to promoting the welfare of the working classes can never be actuated with the purpose of favoring and introducing one government in place of another.” (Graves de communi re, §7) [3]

The Monarchists may have a point, or they may not. But it is no part of Catholic social teaching or proper Christian Democratic action to change the government of the United States from a republic to a monarchy. In fact, it might just get in the way. 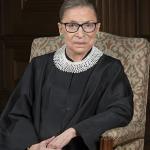 May 22, 2018
The Right to Collective Labor Action
Next Post 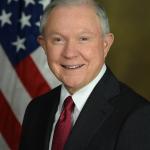 May 30, 2018 Illegal Immigration and the Golden Rule
Recent Comments
2 Comments | Leave a Comment
"You bring up a really good point. The bill passed by both houses of Congress ..."
Tom O. A Blank Check for Waging War
"I still don’t understand why the revenue distinction is needed. Can you clarify with a ..."
RJB Bernie Sanders Tacks Distributist
"There were no options before Roe either, sweetie."
Claire We Are All Guilty of Abortion
"At least you're being consistent in that you say that it shouldn't be any more ..."
Naters Free Speech Cake Baking
Browse Our Archives
get the latest from
Catholic
Sign up for our newsletter
POPULAR AT PATHEOS Catholic
1

Facing this Election, We Must Recall...
suspended in her jar
Related posts from Christian Democracy