Politics Is the Religion of the Devil

Sometimes your humble servant says that politics is the religion of Satan. That’s hyperbole, of course. But hyperbole, properly administered, should jar the hearer or reader to an underlying sober reality.

What this means, of course, is that nothing, even the things that we hold most dear, should stand in the way of obtaining salvation. But Jesus’s way of putting it drives the point home with far more impact than the mere recitation of that truth.

Of course, my poor offering pales in comparison with our Lord’s pithy wit. And for that reason it might not be entirely clear what I’m trying to convey by it. That means I have to explain it, and this I will now endeavor to do.

What I mean when I say that politics is the religion of Satan is that it causes people to behave badly. At the top of the list is war, of course. People often accuse religion of causing wars, but we have seen how when politics and religion are separated, religion becomes rather non-threatening whereas politics continues with the bloodshed apace. The United States can’t seem to stop fighting wars, although it has a Constitutional provision keeping religion out of its government. Meanwhile, the Methodists and Unitarians manage to stay fairly non-threatening. It turns out that religion is violent only when it is co-opted by politics, and it is politics that is the actual culprit. 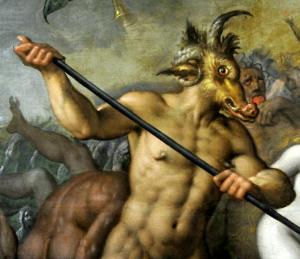 The Church is not, contrary to the fond wishes of some, supposed to stay out of politics. On the contrary, the Church’s mission in politics is to provide as much weight as is possible on the side of the poor, without losing sight of the fact that the rich are also created in the image of God. The position of the Church is basically this: Stop screwing people, whether they be unborn infants, working people, the impoverished, children, women, racial minorities, or immigrants; treat others as you would like to be treated; treat every human being as an end in himself or herself, even those who don’t conform to Catholic morality.

Catholics are, or ought to be, out of place in discussions of this kind. Our proper posture toward it all is to try to slay the monster insisting that someone get screwed. Unfortunately, we too often get swallowed by the monster instead. The result is that the world gets treated to the spectacle of Catholics arguing over whose political party is more Catholic, with the side effect of us minimizing the decidedly un-Catholic positions of our parties. And these arguments contain no less venom than those involving people who come from a purely secular perspective.

That interferes with evangelization, of course. Someone witnessing exchanges of this kind are justified in saying, “Who wants to belong to a religion like that?” And, yes, we should be concerned about that. It is of paramount importance.

But there’s no ambiguity about what we should be doing. We are supposed to be the “salt of the earth,” the “light of the world.” What that means in this context is that we should be trying to transform the parties wherein we find ourselves into parties that seek the good of all, instead of letting the parties transform us. Democrat or Republican, we should all be seeking an end to the harm done to flesh and blood human beings by politics. We should be working to abolish the notion of acceptable casualties. And in discussing these issues with each other we should be following the admonition of St. Paul:

“Do not grieve the Holy Spirit of God, with which you were sealed for the day of redemption. All bitterness, fury, anger, shouting, and reviling must be removed from you, along with all malice. And be kind to one another, compassionate, forgiving one another as God has forgiven you in Christ.

“So be imitators of God, as beloved children, and live in love, as Christ loved us and handed himself over for us as a sacrificial offering to God for a fragrant aroma.” (Ephesians 4:30-5:2)

Nothing more need be said on that point.

Excerpts from the Lectionary for Mass for Use in the Dioceses of the United States of America, second typical edition © 2001, 1998, 1997, 1986, 1970 Confraternity of Christian Doctrine, Inc., Washington, DC. Used with permission. All rights reserved. No portion of this text may be reproduced by any means without permission in writing from the copyright owner. 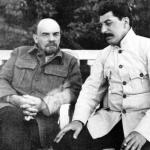 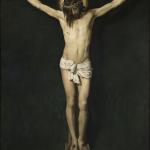 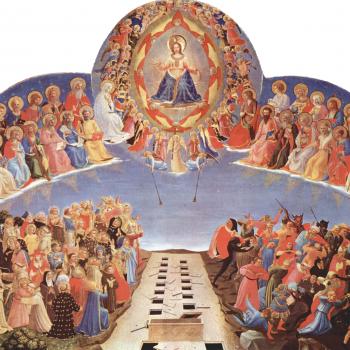