In setting forth his objections to Socialism in Quadragesimo anno [1], Pope Pius XI touched upon another political economic idea that was gaining currency in his day, but was not at that time being called “Socialism.” It ought to be considered in this series, however, because it would be recognized as a form of Socialism today.

There was extant then, as now, the misanthropic doctrine that “all accumulation of capital falls by an absolutely insuperable economic law to the rich, and that by the same law the workers are given over and bound to perpetual want, to the scantiest of livelihoods.” (Ibid, no. 54) This idea has always had to be backed up with force, so the notion that such a state of affairs is as natural as plants growing is patently ludicrous to the minimally observant eye. 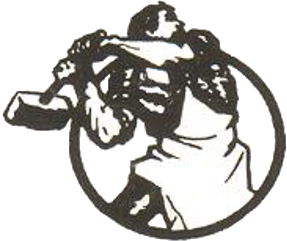 But there have been those who have argued for “the equally fictitious moral principle that all products and profits, save only enough to repair and renew capital, belong by very right to the workers. This error, much more specious than that of certain of the Socialists who hold that whatever serves to produce goods ought to be transferred to the State, or, as they say ‘socialized,’ is consequently all the more dangerous and the more apt to deceive the unwary.” (Ibid, no. 55)

This, too, would work an injustice, because the truth is that neither “’capital can do without labor, nor labor without capital,’” and “it is wholly false to ascribe to property alone or to labor alone whatever has been obtained through the combined effort of both, and it is wholly unjust for either, denying the efficacy of the other, to arrogate to itself whatever has been produced.” (Ibid, no. 53)

It is not capital ownership, as such, that produces injustice, but the failure to recognize and reward the labor contribution to production. And while it is undeniable that a lop-sided income distribution is a problem in the United States, the remedy is to fix the distribution, not dispossess one class for the supposed benefit of the other.

“…the riches that economic-social developments constantly increase ought to be so distributed among individual persons and classes that the common advantage of all…will be safeguarded; in other words, that the common good of all society will be kept inviolate. By this law of social justice, one class is forbidden to exclude the other from sharing in the benefits. Hence the class of the wealthy violates this law no less, when, as if free from care on account of its wealth, it thinks it the right order of things for it to get everything and the worker nothing, than does the non-owning working class when, angered deeply at outraged justice and too ready to assert wrongly the one right it is conscious of, it demands for itself everything as if produced by its own hands, and attacks and seeks to abolish, therefore, all property and returns or incomes, of whatever kind they are or whatever the function they perform in human society, that have not been obtained by labor, and for no other reason save that they are of such a nature.” (Ibid, no. 57) 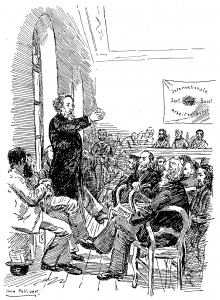 Those who argue passionately for the abolition of ownership on the part of anyone but workers seem to ignore four salient points. The first is that money, with which capital is purchased, is, unless it derives from rent or interest, ultimately attributable to labor. One acquires money either through his own labor, or through the labor of a benefactor such as an ancestor. Money, then, is an abstraction of the value of labor services rendered. And while it may be cogently pointed out that there is an absurdity in a system where capital is purchased with the abstraction of labor but not the labor itself, the reverse would be equally true. Indeed, an economic system of that kind would diminish the purchasing power of money, the reward of labor, to the detriment of labor, because no one would be allowed to purchase capital with his money. The same inherent injustice that classic Socialism, which puts all capital ownership in the hands of the State, brings upon the world would be realized, albeit without State confiscation.

The second concern is that without investment, there would be no investment. This means that the State would have to come up with a method to replace it, and it is easy to see how that process would become a method of political preferment. The response here might be that investment by those engaging in work for a business enterprise would be allowed, but this would require a fair measure of intrusiveness as regulators engaged in in satisfying themselves that investors weren’t being given meaningless job titles in order to skirt requirements.  How hard would it be for the chief investor to have himself voted “president” of the company? Moreover, it is to be anticipated that the workers themselves would become co-conspirators in such an effort, since the need for capital infusion will often outweigh the need for regulatory niceties.

Third, an abolition of passive income would fall heavily on retirees. Most people who advocate this idea wouldn’t openly favor taking away workers’ pensions. But pensions would collapse if it became illegal for any but workers in an enterprise to own any shares in it. How would pension funds invest in such a regime?

Finally, some businesses require heavy capitalization. The machine tool industry comes to mind. A single CNC lathe can cost in the neighborhood of $15,000.00 to $20,000.00. Or there is the construction industry, where an excavator will cost between $100,000.00 and $500,000.00. Since banks won’t be allowed to invest under the worker-ownership-only regime, financing will be difficult to come by, and only the well-off will be able to practice a trade in such industries. Perhaps the government can do the financing, but then we’ll see workers laboring under oppressive debt, worse than that currently experienced by those paying off their college degrees now. Someone may object that these will be collective enterprises, but only one person can operate such equipment at a time. If we want to keep the other members of the collective busy, we’ll need a lot more equipment. 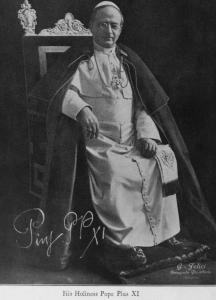 Now none of this is to say that worker ownership is a bad thing, or that it wouldn’t be a good thing. Indeed, Pope Pius XI recommended it, saying,

“First of all, those who declare that a contract of hiring and being hired is unjust of its own nature, and hence a partnership-contract must take its place, are certainly in error and gravely misrepresent Our Predecessor whose Encyclical not only accepts working for wages or salaries but deals at some length with it regulation in accordance with the rules of justice.

“We consider it more advisable, however, in the present condition of human society that, so far as is possible, the work-contract be somewhat modified by a partnership-contract, as is already being done in various ways and with no small advantage to workers and owners. Workers and other employees thus become sharers in ownership or management or participate in some fashion in the profits received.” (Ibid, nos. 64-65)

Following Pius XI, employee ownership and profit-sharing are not only permissible but advisable. But prohibiting anyone but workers from having an ownership stake in business enterprises would deprive businesses of needed financing, which would ultimately hurt working people. Too much of a good idea is too much. 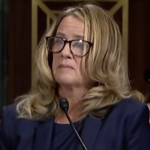 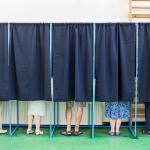