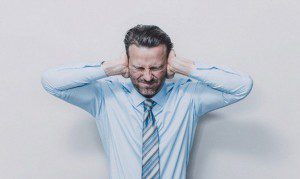 You hear the term “Black Lives Matter,” and it pisses you off. You think, “What about me? Doesn’t my life matter? Why do we have to say that black lives in particular matter? Makes it sound like theirs matter and mine doesn’t.”

You see a company or university going out of their way to recruit non-anglo and female candidates, and you feel overlooked, slighted. “But I have the same qualifications as they do!” You say. “Isn’t giving them that access because of their gender or race just a reversal of the kind of discrimination we’re supposed to be getting away from?”

You hear black people using the “N-word” and are put off by the fact that they can say it, but for some reason, you’re not allowed to.

You look for scholarships for your kid and realize they don’t meet the demographic requirements for many of them, despite-passing muster academically. You shake your head at banks who offer special loans to women- and minority-owned businesses. Your mouth hangs open in disbelief that the month of February – the whole month! – is dedicated to the celebration of black history.

You feel increasingly invisible, inconsequential, like you’re on the receiving end of the kind of denials and silencing you’ve been told is bad.

Welcome to your white fragility.

Then on top of it all, you find out there’s this new term that makes you sound brittle, weak, that suggests to you that you’re not allowed to have feelings about all of this. So “those people” can complain about being disenfranchised, but I can’t say anything when I feel like I’m being labeled in a way that’s judgmental of how I simply feel?

You can feel however you want. That’s a fundamental human reality. You can rage, cry, gnash your teeth day and night about the shifting systems of power under your feet.

Just don’t expect anyone other than people who look and think exactly like you to feel sorry for you.

Don’t like being called fragile? try being called “faggot” or “nigger” for a few years. Try being valued principally for how you look and for your sexual appeal before your intellect or other potential. Try turning on any sports channel and struggling to find anyone who looks like you playing, or opening your history book and feeling like you’re an outlier in a foreign territory.

Don’t like the sound of “black lives matter”? Try being systematically profiled, pulled out of your car or home, incarcerated and beaten because you fit a demographic that people in power believe inherently adds suspicion to anything you do.

Try being denied heath care or access to a loved one in a hospital.

Or being told you can’t speak or do any number of other jobs, simply because of the sexual organs you were born with.

Try being told you’d be better suited to do pick up some sort of trade, rather than pursuing your dream of becoming a lawyer.

Your world is changing, white people. And there will be times when you feel like you’re being treated unfairly. Sometimes, you’re right, too. I read a story about a white man involved in a car accident with a black woman in Chicago recently, who ended up being beaten by a group of nearby men for being “one of those white boy Trump supporters.” This is wrong, it should be called out as such, and the consequences should fit the crime.

Yes, some of it may actually be a swing too far for a bit, but bear in mind that, aside from the immediate effects you may see, there are invisible (to you at least) systems at work that have held people back, telling them they can’t ensuring that cycles of suppression, oppression and marginalization perpetuate the myth that, somehow poverty and laziness are cousins, or the insane fallacy that you are a self-made man.

So go have your tantrum. Scream at the wall and shake your fists in the air.  Then get on with your life. Be open to the possibility that your world has, in actuality, been revolving around you as the axis for a long, long time.

What’s more, the fact that this axis is shifting actually will be a good thing for all of us in the long term. It will be different. It may feel scary and uncertain. But just as black lives matter, so do black ideas, inventions, leadership and voices. Just as queer voices do, and women’s voices, those with different ability, identity and ethnicity.

If you let them, they might even make your life a little bit richer, opening up new opportunities and perspectives your anglo-centric imagination couldn’t grasp on its own.

November 10, 2016
What Happens to Donald Trump's Businesses When He Becomes President?
Next Post 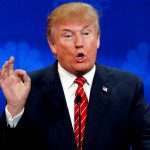 A 'biblically based process to mitigate...
slacktivist
Related posts from Christian Piatt