“Matthew Fox might well be the most creative, the most comprehensive, surely the most challenging religious-spiritual teacher in America . He has the scholarship, the imagination, the courage, the writing skill to fulfill this role at a time when the more official Christian theological traditions are having difficulty in establishing any vital contact with either the spiritual possibilities of the present or with their own most creative spiritual traditions of the past….He has, it seems, created a new mythic context for leading us out of our contemporary religious and spiritual confusion into a new clarity of mind and peace of soul, by affirming rather than abandoning any of our traditional beliefs.”

~~ Thomas Berry
author of The Great Work,
The Dream of the Earth and The Universe Story

As a spiritual theologian, he has written 30 books that have been translatedinto 48 languages and have received numerous awards.  Among them areOriginal Blessing, The Coming of the Cosmic Christ, A Spirituality Named Compassion, The Reinvention of Work, The Hidden Spirituality of Men, andChristian Mystics.

Matthew Fox has been renewing the ancient mystical tradition of Creation Spirituality that was named for him by his mentor, the late Father Marie Dominic Chenu, o.p., in his studies in Paris. This tradition is feminist, welcoming of the arts and artists, wisdom centered, prophetic and committed to eco-justice, social justice and gender justice.

Fox’s effort to reawaken the West to its own mystical tradition has included revivifying awareness of Hildegard of Bingen, Meister Eckhart, Thomas Aquinas and the Cosmic Christ tradition, as well as 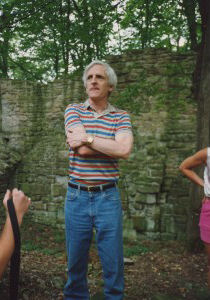 interacting with contemporary scientists who are also mystics.  He has authored two books with British biologist Rupert Sheldrake, and has worked closely with Native American leaders such as Buck Ghosthorse.

In a conscious effort to reinvigorate Western ritual, Fox deconstructed forms of worship inherited from the modern era (such as sitting in benches and being read to, preached at or reading from books including song books) and reconstructed these forms of worship by going back to the pre-modern practice of dance. The result, created in collaboration with a group of Anglican youth of the “rave” generation, was the “Techno-Cosmic Mass” that mixes dance, techno and live music, dj, vj, rap and contemporary art forms with the western liturgical tradition.  The Cosmic Mass continues to be celebrated in many cities across the U.S.; many people are now trainedin celebrating this post-modern form of worship.

As an activist, Fox’s interests have been the renewal of education and of religion. Seeking to establish a new pedagogy for learning spirituality that was grounded in an effort to reawaken the West to its own mystical tradition, as well as interacting with contemporary scientists who are also mystics, Fox founded the Institute in Culture and Creation Spirituality that operated for seven years at Mundelein College in Chicago and twelve years at Holy Names College in Oakland. 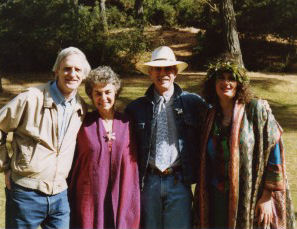 For ten of those years at Holy Names College, Cardinal Ratzinger – now Pope Benedict XVI – tried to shut the program down. As chief Inquisitor and head of the Congregation of Doctrine and Faith (called the Office of the Holy Inquisition until 1965), Ratzinger silenced Fox for one year in 1989 and forced him to step down as director. Three years later he expelled Fox from the Order, thus terminating the program at Holy Names College.

Rather than disband his amazing and ecumenical faculty, Fox started his own University called University of Creation Spirituality where it thrived for nine years and closed in 2007.  Fox has since taught at Stanford University, Vancouver School of Theology, Association for Transpersonal Psychology, and the California Institute of Integral Studies, among other places.

Fox believes that “by reinventing work, education and worship we can bring about a non-violent revolution onour planet” and has committed himself to this vision for many years.  His 2006 book, The A.W.E. Project: An Educational Transformation for Post-Modern Times, lays out the elements of an educational revolution for young people that is based on his 40 years of educating adults with an alternative pedagogy based on cosmology, creativity and contemplation. 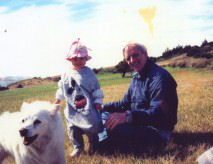 Fox is currently implementing this vision in a project for inner city teenagers in Oakland called YELLAWE: “Youth and Elder Learning Laboratory for Ancestral Wisdom Education.”  The goal is to reinvent education from the inner city out.  Offshoots from this project have now taken root in Chicago.

In 2005, when Cardinal Ratzinger was made pope, Fox went to Martin Luther’s church in Wittenberg, Germany and pounded 95 contemporary theses at the door to call people to a New Reformation.   Knowing Ratzinger well from a protracted battle with him over the years in his role as chief inquisitor of our day, Fox wanted to alert people to what the future held. Six years later, after documenting the ongoing evolution of that future in The Pope’s War: Why Ratzinger’s Secret Crusade Has Imperiled The Church And How It Can Be Saved, Fox repeated his protest, nailing his 95 Theses outside of Cardinal Law’s Basilica in Rome to call attention to the corruption in the Vatican. 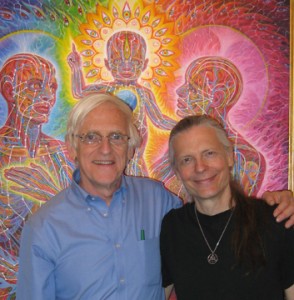 Fox is a recipient of the Abbey Courage of Conscience Peace Award (other recipients being the Dalai Lama, Mother Teresa, Ernesto Cardenal and Rosa Parks); the Ghandi King Ikeda Award; the Tikkun National Ethics Award; and other awards.His work has been honored by theologians, artists, healers and thought leaders, as well as by many of his students.

Matthew Fox is currently visiting scholar at the Academy of the Love of Learning in Santa Fe, New Mexico, and lives in Oakland, California.