Does any phenomenon in human life produce as much suffering and anguish across the world and history as our propensity to make persons and beings outside ourselves into “the Other”? Testament to this reality is considerable: photographs and documentation abound of the Holocaust in Europe during the second World War as well as of the Rwandan Genocide in the mid-1990s. The publication of Howard Zinn’s A People’s History of the United States in 1980 contributed enormously to discourse on the subject, reframing U.S. history from the experience of people who were ignored, subjugated, enslaved, or outright destroyed by the “advance” of progress and history. Books like Simone de Beauvoir’s The Second Sex and recently Ta-Nehisi Coates’s Between the World and Me forcefully describe the first-person experience of being the Other due to gender or skin color. Films like Boys Don’t Cry, The Laramie Project, and The Imitation Game moved audiences to question those branded the Other because of sexual orientation. Nineteenth century American photographs of tens of thousands of bison skulls proudly stacked in piles twenty feet high, graphic images of innumerable carcasses of harp seals clubbed and skinned in Canada, and most recently photos of yellow-crested cockatoos stuffed alive into plastic water bottles to be smuggled out of Indonesia for sale on the black market all attest to mankind’s callousness in turning non-speaking creatures into the Other as well.

I’m no biologist, but I have little doubt that, as with all human capacities, our inclination to perceive another person or group as the Other has roots that go many millions of years deep into our evolution as a species. The limbic system and the amygdalae, for example, produce fear and aggression in us—traits that undeniably made possible our survival as individuals and small bands of hominids for all of prehistory. We can argue that our propensity to reduce someone or some group to the Other is natural, but we could just as well try to justify any number of inclinations, urges, and behaviors as “natural” that we nevertheless try to overcome or integrate fruitfully into our personal development and society today.

I’m also no psychologist, but it seems to me that “othering” (making someone or some group into the Other) occurs simultaneously within and against ourselves. When we identify a characteristic or aspect of another that we could but refuse to integrate into our identity, that potential characteristic of ourselves is rejected simultaneously with the rejection of the Other. It is perhaps the social or interpersonal equivalent of the body’s rejection of foreign matter, expelled back into the environment. For example, if one person perceives another (a spouse, sibling, or coworker) as weak or docile when that person may be sensitive, merciful, or empathetic, the perception elicits from an inner rejection of one’s own sensitivity and capacity for empathy. Experience tells me that rejection of some aspect of ourselves results from woundedness—that people who tend to become frustrated with others, impatient with others, or who may demonize others are in truth rejecting a part of themselves that was in some way wounded in life.

I’m no mystic, but it seems evident to me that our relationship with ourselves and the Other is dynamic: as we divorce ourselves from the Other and demean the Other, we are at once divorcing from and demeaning something inside of ourselves—something that is a mirror image of the Other outside of us. The result is spiritual dis-integration. Conversely, when we take the at-times uncomfortable, awkward, perhaps even dangerous risk of encountering the Other, even enjoying the Other, we reconnect with something inside of ourselves, and the result is spiritual integration and edification; we can in this way heal inner wounds and step more closely toward self-realization. Perhaps this is why humility is prized among the virtues while pride (in its negative sense) is the most serious of the deadly sins: with humility we remove our sandals before the holy ground of the Other—which is really a reflection of part of ourselves—while the sin of pride is a refusal even to see the Other. We might rather retire to the comfortable, predictable, graven images that keep us suspended in something less than authentic living.

The willingness to encounter the Other, to step into solidarity with the Other, is the ultimate prophetic act because it most directly challenges the status quo, which seems so easily to ossify into a separation between the privileged and the marginalized. Reintegration within ourselves is the beginning of building solidarity with everyone else in society and advancing the common good.

In “Mending Wall” Robert Frost’s celebrated verse “Something there is that doesn’t love a wall” deftly captures the little spirit in us that wills to risk encounter with the Other—which is really the encounter with the Self—accomplished by breaching the wall between us and within us, crossing the threshold into the liminal space that is the beginning of a renewed world.

The Other wants the wall down because the wall makes a prison out of the world. The urge of the self—in this case the privileged subject—is to retain the wall to protect the familiar and the predictable. Theologically, the worst situation is deluding ourselves into thinking that even God would live within the walls we’ve made—with us, on our side—and certainly not on the Other Side. If God is on Our Side, then every act is permissible to defend the wall and hold the Other outside of it. Most people today see clearly that the destruction of Native Americans, Jews, and Tutsis, the subjugation of Africans and women, and the marginalization of homosexuals is repugnant and terrible, and yet the Othering continues.

All transformation begins within the heart of the individual person, and the transformation begins simply with seeing and hearing—seeing a person and hearing their voice, which often means hearing not just their words but the sound of their voice—exhausted or excited, constricted or joyful. And transformation entails action. We should notice, yes. We should understand, certainly. But we have to walk outside of the walls, which today can mean so many things that divide us: “secured borders” between countries, freeways between neighborhoods, walls between the convicted and the free, and today more than ever the digital screens that appear to connect us but in truth divide us. At best they anticipate a meeting. Martin Buber wrote, “All real living is meeting.” The encounter with the Other—our fellow human beings, our fellow creatures, the Earth itself—must be bodily communion 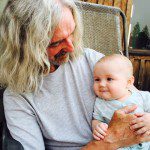 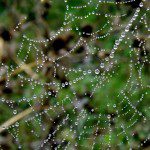 January 26, 2016 A Tale of Hide and Go Seek
Recent Comments
0 | Leave a Comment
"How I admire your clarity, ty Fr. Seàn"
Gerardo Gomez Original Sin
"You and I are of a similar mind, having taught the alternate "mythology" in a ..."
Joris Heise Original Sin
"When you carefully read the actual legends about "Original Sin" some odd things emerge. "The ..."
Kyllein MacKellerann " Original Sin
"Nicely put."
John Purssey Original Sin
Browse Our Archives
get the latest from
Companions on the Journey
Sign up for our newsletter
POPULAR AT PATHEOS New Visions
1 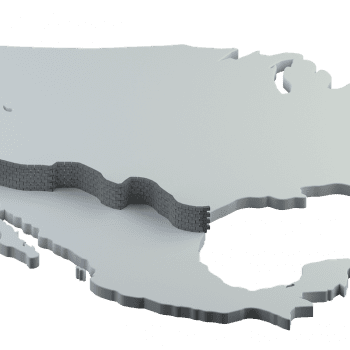 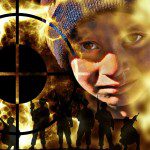 New Visions
Evil 101: Terrorism - Would You Recognize It,...
Companions on the Journey