During a recent homily, somebody asked, “Is there a faster way to learn forgiveness?”  The following is my response.  There are two quick tricks; firstly, changing your cosmology; and, secondly, finding metaphors/analogies that make sense.  Let me treat of them in sequence.

Check your cosmology.  Really check it.  If it tells you that you only live one life, then all insults have to be repaid in the here and now; otherwise, you’re a loser in a zero-sum game.  The winner is not the guy who dies with the most toys, but the guy who gets in the most blows before the final bell.  Life is a boxing match and only one fighter’s hand is raised in victory by the referee.

If, however, your cosmology tells you that life is an eternal stream that occasionally goes subterranean (the bardo states) but always re-surfaces (reincarnation); and if your cosmology further states that you make Pre-Conception Contracts with many other souls to incarnate together so as to create a life in which each one gets the ideal circumstances to develop the virtues that are especially meaningful, then the cut and thrust, the blow and parry are all part of the training.  It doesn’t make any sense to get mad at the sparring partner who just landed an uppercut, because your training is about how to ride with the punches.

Moreover, in this Pre-Conception Contract, you purposefully chose members from two different kinds of groups: your soul pod (people with whom you’ve had many previous loving incarnations) and a shadow pod (people with whom you’ve had many previous difficult incarnations.)  And, believe it or not, the latter group is the more important one for the purposes of your harvest.  Forced to choose between fertilizing or weeding his crop, the experienced farmer will opt for the weeding, because fertilizer is blind and encourages the weeds and the crop with equal enthusiasm.  The shadow pod agrees to provide your weeders during an incarnation.  You can say, “Ouch!” when they pluck, and then hang on to the pain and resentment; or you can say, “thank you!” when it comes to harvest time, and you realize how they have helped you grow.

Nobody is in your life by accident or coincidence but, rather, by design.  It is a mutual agreement; that is the whole meaning of karma: the hand you were dealt at birth, is exactly the hand you planned as you signed up for an Earth Experience. And each of the players – the good, the bad and the ugly – were interviewed and vetted for their contributions to your lessons in life.  They get to play supporting roles in your life, in which you are on stage 24×7.  And, of course, you are simply playing a supporting role in their lives, in which they are on stage 24×7.

Added to the mix is free will, so everybody is allowed to play their cards any way they want – well or badly – and then the drama takes on a life of its own.  But the truth is that there is neither a designated plot nor a carefully written script for this life drama.  It is always “improv theatre”.  The only things you know for definite, as you enter stage left, are the previous performances of the characters – your’s and their’s – and the lessons you hope to master by spending another life drama with the same cast of characters.

The second trick is to choose helpful metaphors and analogies.  So here are two.  Imagine you are sailing by an archipelago of islands, dotted along a 500-mile stretch of ocean.  From your perspective, these are discrete, disconnected lumps of real estate; but if you were to trade your sail boat for a submarine, you would notice that as you go deeper, the islands reach out to each other until finally you realize that they are all simply eruptions from the one global crust.

Or take a mycelium, the underlying womb out of which mushrooms emerge.  The biggest organism on planet Earth is a mycelium that undergirds four states of the USA.  DNA sampling shows that the trillions of mushrooms are all siblings from the same mother.

Similarly, all human beings – in fact all sentient beings on planet Earth or elsewhere – are just manifestations of the one, universal life Source.  Once you realize this, you realize also that all forgiveness is simply letting go of my anger at myself.  Why would I get angry at my feet for stumbling and hurting my wrist in a fall?

Just as all wars are civil wars and all violence is an autoimmune reaction so, too, all forgiveness is self-forgiveness.  It means setting myself free – and, therefore, setting you free – from negative shackles and energies, which have benefitted neither of us but, rather, crippled both of us.  Moreover, interpersonal conflict does collateral damage to the wider, cultural environment.

The greatest toxins on the planet are not oil spills, chemtrails, fossil fuels, nor garbage dumping – but anger, fear, anxiety, xenophobia and revenge.  While the former clog the physical arteries of the planet, the latter clog the etheric and astral arteries of Gaia.

The most effective form of chelation is forgiveness! 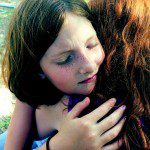 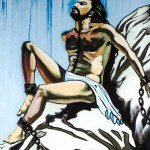 April 5, 2017 Prometheus in the Garden of Gethsemane
Recent Comments
0 | Leave a Comment
Browse Our Archives
get the latest from
Companions on the Journey
Sign up for our newsletter
POPULAR AT PATHEOS New Visions
1