Secondary Reinforcement . . . or How to Destroy Society and Planet Without Really Trying

Secondary Reinforcement . . . or How to Destroy Society and Planet Without Really Trying October 23, 2019 Bill Miller 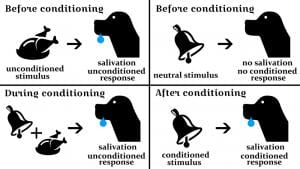 Who would have thought that a century ago, a couple of dogs, a buzzer, and a psychologist would uncover and demonstrate the means by which life as we know it can be destroyed?

In seminal experiments conducted around 1901, Russian researcher Ivan Pavlov formally identified and demonstrated a principle known as “classical conditioning” (… seminal to the degree that “Pavlovian” has become a cultural meme.) In behavioral psychology, this kind of conditioning refers to a scenario where a neural stimulus in the external environment is repeatedly associated with a “primary reinforcer” — something the subject naturally desires. In Pavlov’s studies, the subjects were dogs, and the neutral stimulus was the sound of a buzzer, which was repeatedly paired with the presentation of food.

Dogs will naturally salivate in the presence of food, however Pavlov found that after a number of such pairings, the tone itself was sufficient to induce salivation, even in the absence of food. In other words, the tone had become secondarily reinforcing.

While that might be an interesting finding, you may ask: “How do we go from drooling dogs to planetary destruction? Well, the factors are subtle, complex, and multilayered — which unfortunately is why a critical mass of understanding may not happen in time to avoid disaster. But in any case, here goes …

A Brief Primer on Behavioral Psychology

Along with all other living creatures, human life is filled with a great range of primary reinforcers —things we innately find pleasant and naturally desire. The most basic of these have to do with survival: food, sex, physical comfort, safety, and pleasure. Also fairly basic are social and psychological reinforcers like companionship, security, social acceptance, knowledge, talent, skill, and access to beauty and entertainment. In terms of Behavioral Psychology, we tend to focus attention upon and engage in activities that are rewarded by experiences of the above.

Secondary reinforcers are those that in and of themselves satisfy no immediate desire nor otherwise confer a benefit. They are emotionally neutral (perhaps sometimes even a little aversive). Yet many of these, when regularly paired with a primary reinforcer will eventually evoke largely the same emotional response.

An easy example of this might be the scent of cooking food which provides no nutritional value or taste or tactile pleasure, yet virtually every creature will respond positively and be motivated toward seeking the primary reinforcer (i.e. in this case food).

Behavioral psychologists make one further distinction to this dynamic — that between classical and operantly conditioned responses. Classically conditioned responses involve the autonomic nervous system – those over which one does not have much conscious control. In addition to the food example above, it might be the ring of a doorbell that signals the pleasure of an arriving guest. Or a stress response to a ringing telephone that might be a creditor or angry customer. Or the sight of a letter with the return address “I.R.S.”

In contrast, operantly-conditioned responses involve some sort of deliberate, voluntary behavior — something one does, that results in a positive, desirable outcome. Visiting friends, completing a task, preparing a meal, dining out, working for pay, playing a sport — even a dull life contains many of these.

It is easy to understand secondarily-reinforced emotional and behavioral responses when they lead to satisfaction of obvious primary desires. Yet humans are subject to such a vast range of reinforcers, experienced through a vast range of behavior and context, that sometimes fairly remote or bizarre associations are made.

Superstitious behavior occurs when the connection between a neutral object, behavior, circumstance, or ritual and the desired favorable outcome is illusory. The motivation may be to seek a benefit or to avoid a pain. Given the complexity of the modern world, we often have to work from incomplete information, and therefore must make our best guess as to why “X” happened or failed to happen. Sometimes we get it wrong. However, if one is too rigid about such associations, it can fall under a psychiatric category like Obsessive-Compulsive Disorder (OCD).

Although the above may seem like simple and somewhat obvious concepts, virtually all human activity is in some way motivated by such principles — an effort to seek a benefit or pleasure, or an effort to avoid pain or inconvenience.

Many times, such activity confers a general benefit and elevates the long-term prospects for people and planet. At other times, it may lead to injustice and social or ecological harm.

Money as an Ultimate Reinforcer

One of the most widespread and effective secondary reinforcers today is money. In and of itself, money is useless. It confers no direct benefit. Yet especially in Western societies, it is a gateway to almost any other benefit one might desire. As such, it is sometimes prized and sought over any other value — the health and well-being of others, of the planet, and sometimes even of life itself.

Money’s power is especially amplified because it contains both classically and operantly conditioned elements. Randomly stumbling upon a $100 dollar bill laying in the street would be sufficient to trigger an emotional response in most people. And the range of activity people will “operantly” engage in to acquire the same is vast.

In addition, the unique feature of money-as-reinforcer is the fact that it can be traded for an uncountably vast array of desired objects. Whereas laboratory dogs may eventually tire of hearing a buzzer, especially if the conditioned association is broken through the absence of food, with money, if one desired object becomes unavailable, thousands of alternatives exist.

The Dangerous Aspect of Secondary Reinforcement

Grim and gritty as life can be when primary survival resources are scarce, these generally have practical limits — objective indicators as to when such needs have been met. One seeks food, clothing, and shelter until one is fed, clothed, and housed. On the antisocial side, a burglar can steal only what goods can be carried off. In the societal realm, even the most despotic leader can hold only as much territory as armies can defend. Despite conditions of scarcity, there are physical limits to the deprivation suffered by some for the benefit of others before the overall system breaks down.

In other words, natural homeostatic mechanisms exist that indicate when one has had enough of a primary reinforcer.

Not so with secondary reinforcers. Because they satisfy no primary need, taking on their attractiveness only through association, there is no natural mechanism to indicate when one has accumulated enough of a secondary reinforcer. Again taking monetary wealth as an example, if one is cold, simply having one hundred or even one million dollars in an account does not improve the situation. It is not until some portion is traded for a primary good (clothing or shelter) that the need is satisfied.

However, once the conditioned association has been made, the acquisition and accumulation of a secondary reinforcer like money becomes attractive in itself — apart from any primary need. It becomes an end goal. Moreover, because there is no natural enough-ness mechanism with secondary reinforcers, “more” is always felt to be “better”. This, coupled with any vague insecurities about the future — or unnamed future desires — can lead to the runaway limitless hoarding that we more commonly know as “greed”.

Today we struggle with vast and growing levels of economic inequality, such that a mere handful of people now control more wealth than the bottom half of the planet’s population (https://time.com/5508393/global-wealth-inequality-widens-oxfam). Yet due to the general unawareness of the disconnect between a secondary reinforcer like money and primary (true) needs, the system that produced these inequitable conditions is likely to continue, being rationalized as “healthy competition’, ‘necessary for progress” — and ennobled with euphemisms like industriousness, innovation, entrepreneurialism, and finding the “best”.

The Implications for Life in Society

Most people who have not been damaged by life experience can understand that all people – in fact, all creatures – have evolved (or been created, if you prefer) through similar means, and thus have similar needs, desires, and motivations. And, all else being equal, have a similar right to survive and thrive.

The only real threat to such rights, in a word, is “scarcity”. When the perception exists that there are not enough resources to accommodate the survival and happiness of all, a competition commonly sets in to acquire and control such resources — benefiting some, to the detriment of others.

When in addition this is supported by social and economic institutions designed around principles of scarcity and competition, and further amplified by the runaway accumulative pressure of secondarily reinforced rewards, the result is the increasingly inequitable, threatened, destabilized, chaotic world that we seem to be entering.

A Shift in Eras

When particular philosophies of life, industry, and social organization have served for centuries, there is a general momentum to proceed as though tomorrow will unfold like yesterday, and that “staying the course” is the best strategy. Any disruption to the status quo that is less severe than an asteroid impact can generally be rationalized away through confirmation bias (https://en.wikipedia.org/wiki/Confirmation_bias).

Yet, like the frog-in-the-pan-of-water analogy, will we fail to see that phenomena like war, greed, haves and have-nots, ecological destruction, climate disruption, mass extinctions are not merely bumps on the road to an inevitable shining future but rather are collective indicators that a fundamental shift in Eras is underway? Can we recognize that the time has come for a basic reconsideration of our social institutions and philosophies?

In view of the knowledge, resources, and technology available today, our collective compulsion to cling to prehistoric motivations like scarcity, competition, control, and exclusion is puzzling. Today, no one need be left behind. We could do so much more together.

Can we make this paradigm-shift in time to avoid world war or ecological collapse? I don’t know, but one critical step lies in awakening from the illusory value of arbitrary secondary reinforcers and once again put primary living systems at the center of our concern. 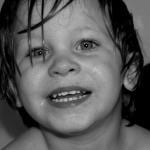 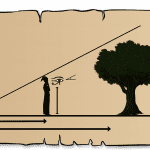 November 5, 2019 Pythagoras and Eithne
Recent Comments
0 | Leave a Comment
Browse Our Archives
get the latest from
Companions on the Journey
Sign up for our newsletter
POPULAR AT PATHEOS New Visions
1 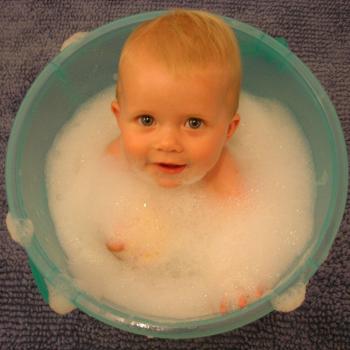 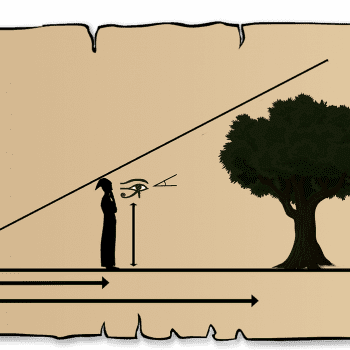 New Visions
Pythagoras and Eithne
Companions on the Journey 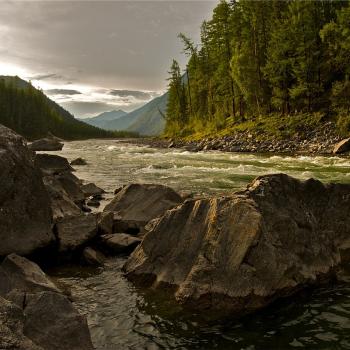 New Visions
Born To Be Wild
Companions on the Journey 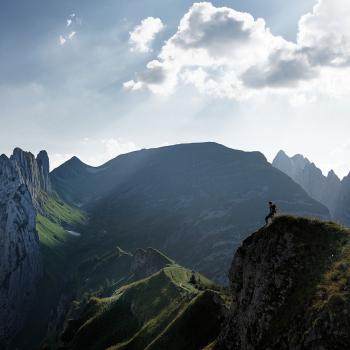