Federal Government revoked benefits of 115 veterans… because they thought they were dead May 2, 2016 Convention of States

Imagine you’re a veteran who served your nation honorably, only to have your benefits yanked with no warning.

Then, imagine finding out the government thought you were dead!

That’s exactly what happened to 115 veterans when the Department of Veterans’ Affairs wrongly declared them deceased and revoked their benefits for a period of time.

The Washington Examiner first reported this mistake, which was made by the agency in a letter to Rep. David Jolly (R., Fla.) after the lawmaker pressured the agency for information regarding several veterans in his district who had been incorrectly declared dead and deprived of their benefits.

The VA wrongly declared 115 veterans across the nation dead during the nine-month period between July 2014 and April 2015, the agency admitted in the letter. To prevent such errors in the future, the agency said that it is developing a policy that would involve using an automated system to declare veterans dead based on information from the Social Security Administration’s database.

The new policy would also mandate that VA officials send veterans determined to be dead a letter before revoking their benefits. This will allow family members to confirm the death or, if the determination is incorrect, the veteran can alert the agency to the mistake.

Jolly demanded in November that the VA review the system that led the agency to wrongly declare six veterans in his district dead and suspend their benefits. He told the Examiner Tuesday that he applauded the VA for taking steps to prevent such mistakes in the future.

John Cooper, press secretary for Concerned Veterans for America, told the Washington Free Beacon that the revelations are nothing new.

“More than anything, these cases highlight how the VA’s bureaucracy has a real impact on veterans. While the VA has promised to make changes to ‘ensure’ these mistakes don’t happen again, its track record of broken promises make that guarantee less than credible,” Cooper said. “Instead of insisting on procedural changes, the VA should embrace real accountability to ensure veterans are treated with care and respect.”

Click here to read more from the Washington Free Beacon.

Join the only movement that can stop government incompetence. Click the button below to support a Convention of States team in your state. 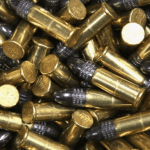 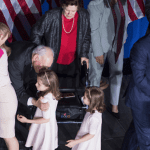 May 5, 2016 Disappointed in the Presidential race? Here's what you can do.
Recent Comments
20 Comments | Leave a Comment
"Term limits empowers the deep-state."
David Farrar David Horowitz: Conservatives Need to Amend ..."
"You want a convention of the states to overthrow science?"
Donalbain You’ll Never Guess Who’s Quietly Working ..."
"The founding fathers created a country a fraction of the size of the one we ..."
Pennybird The Founding Fathers Never Intended America ..."
"Without govt regulations, we'd be eating rotten meat, inhaling asbestos dust, and the Cuyahoga River ..."
Barros Serrano Your House Would be Massively Cheaper ..."
Browse Our Archives
get the latest from
Politics Red
Sign up for our newsletter
POPULAR AT PATHEOS Politics Red
1