September 7, 2016 by Convention of States
0 Comments

A new report from an independent watchdog found that employees of the Patent and Trademark office billed the government (AKA, the taxpayers) for 300,000 hours they never worked, costing the American people $18.2 million.
Many employees work from home, and the report found numerous instances of time logged without any work being completed.

“The amount of wasted man-hours that could have been spent reducing the patent backlog is astounding, not to mention the millions of taxpayer dollars that were wasted paying employees for work they were not doing,” House Judiciary Committee Chairman Bob Goodlatte (R-Va.) told the Washington Post.

Senate Judiciary Committee Chairman Charles E. Grassley (R-Iowa) said, “The government failed to receive millions of dollars in work product that would have reduced the patent application backlog by thousands of cases. This is a conservative accounting, according to the report, and things could be even worse.”

To make matters worse, buried towards the bottom of the report was this line: “The watchdog’s findings will not result in repercussions for any no-show employees.”

Why? A combination of federal privacy laws and powerful employee unions will protect the thieves from any repercussions. Many of them have even received bonuses for work they never completed

Congress and the President are supposed to monitor and stop such abuses. They don’t, apparently, because they’re too busy trying to run the everyday lives of the American people. An Article V Convention of States can propose constitutional amendments that shrink federal jurisdiction, giving Congress fewer areas of responsibility and the time to do their real job and protect the American taxpayer. 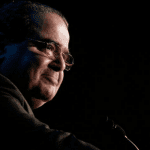 August 31, 2016
A Convention of States can pick up where Scalia left off
Next Post 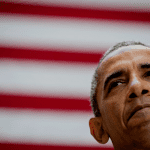 September 7, 2016 Report: White House lied about secret loopholes in Iran nuclear deal
Recent Comments
0 | Leave a Comment
"You want a convention of the states to overthrow science?"
Diggerbain You’ll Never Guess Who’s Quietly Working ..."
"The founding fathers created a country a fraction of the size of the one we ..."
Pennybird The Founding Fathers Never Intended America ..."
"Without govt regulations, we'd be eating rotten meat, inhaling asbestos dust, and the Cuyahoga River ..."
Barros Serrano Your House Would be Massively Cheaper ..."
"It would seem that attempting to make Congress more honest by imposing term limits is ..."
Barros Serrano Three out of Four Minnesota Voters ..."
Browse Our Archives
get the latest from
Politics Red
Sign up for our newsletter
POPULAR AT PATHEOS Politics Red
1