Empathy In the Right Measure 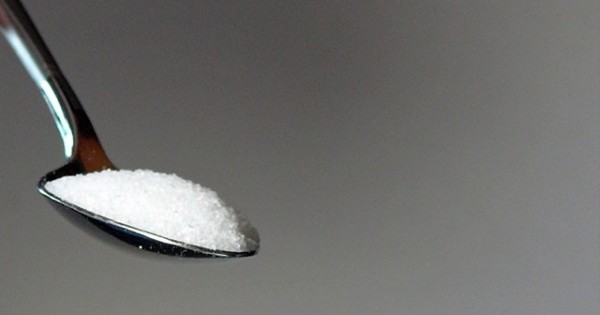 Galen Broaddus (atheist blogger at Across Rivers Wide): The events of this past week, especially the ongoing tragedy in Syria, have got me thinking about empathy again. There have been a lot of attempts at it lately, but I wonder if there aren’t some pitfalls to it when done without the proper care. It certainly seems relevant to dialogue more generally.

Hind Makki (Muslim blogger at Hindtrospectives): What I’ve observed (in my own life and in seeing the online conversation) is that the biggest pitfall is centering oneself in someone else’s tragedy in an attempt to show empathy. When there is a tragedy, an attack, a war, etc., the voices and wishes of the people most directly affected must be centered.

Galen: Maybe that’s a first step to start with: Empathy is about trying to feel what other people actually feel, not just what you imagine you would feel under the same circumstances. I think a lot of people think that empathy is the latter, and that is a recipe for centering your own feelings. Which is kind of the opposite of the point.

Hind: I also think that empathy must be de-politicized. Too many people were way too gleeful about that Trump voter whose undocumented husband was deported. I mean, come on. A family is broken apart and people are laughing and saying they deserve it? Where is the empathy? The woman didn’t realize she was voting against her own interests, and now her whole family is paying for it. I may not like her politics, I may think that she should have educated herself more before pulling the lever, and I may even think that she voted for Trump out of a lack of empathy herself, but I am not happy that her family has now been forcibly torn apart.

Andy Gill (progressive Christian blogger at Andy Gill): It’s definitely a tough balance in then knowing what to do, how to act, and of course, what we’re all talking about here, how to properly show others this type of care and love in the form of empathy.

As I’ve seen online, there’s a huge struggle (especially with my evangelical friends); they simply don’t know how to engage (read: show empathy), and so as a result they dissociate.

Galen: Andy, are you saying that we need to have more empathy for people who aren’t good at showing empathy? That’s very…meta.

Andy: Well, it’s tough to say to an oppressed/hurting individual, “you need to show the person (who, unknowingly, may very well be your oppressor) more empathy…”

Hind: And it’s even tougher to show empathy to the person(s) deliberately oppressing you.

Galen: It’s interesting to me that there does seem to be a sense in which empathy gets prioritized: Marginalized folks deserve the focus in many situations because they’ve been treated without empathy for so long. That doesn’t mean that we should never show empathy to members of privileged groups, but neither should we jump all over ourselves to offer it to them first, just like we wouldn’t feed someone who’s eaten that day over someone who hasn’t had a good meal in days.

(And I say this as someone who is privileged on many axes!)

Hind: Yes, it’s also especially difficult in race dialogues I’ve been in when well-meaning White people become aware of White Privilege for the first time and expect the people of color in the room to comfort them. I mean, props for entering a race dialogue and being open to learning, but please don’t expect us to comfort you when you realize that White supremacy has benefited you at our expense!

Andy: Hind, that’s deep, but what’re y’all’s thoughts on using empathy (in those instances) as a means of pulling in very useful allies? Is it shallow, empty, still yet unproductive?

Galen: I think that in some cases, even shallow empathy might be productive as long as it doesn’t stay shallow. But that’s often the problem: People take some very superficial expression of empathy to be its full measure, and that inability to grow into a mindset that more fully considers what other people feel in a rich way is what is truly unproductive.

Hind: Is empathy in our time ephemeral? Or is there a way to build lasting, deep empathy? I worry about the effect of “clicktivism” on human empathy: When you can change your profile picture with a click of a button for a certain tragedy, but another tragedy in another part of the world occurs with no social media response. Our empathy becomes collectively curated and we “show up” for certain people, and don’t even know — much less care — about the tragedies of others.

Andy: This is partially why the more I learn about political tactics, the more disgusted I am by politics.

Galen: I think that lasting empathy at the depth we want may not be possible just because of our own cognitive limitations. That whole “a single death is a tragedy; a million deaths is a statistic” aphorism holds true because our brains simply cannot handle that scale of feeling. So we compartmentalize, and badly most of the time.

But maybe if we were to think of empathy more as a tool than a state of mind, one that we try to deploy as much as we can, that might help?

Hind: Andy, I think that “shallow empathy” is the first step to training oneself to have genuine empathy. That’s why I focus so much on storytelling in my interfaith work. If an audience member hears even faint echoes of his story in my own story, that begins to help him realize that we are both actually part of the same larger narrative. And once he realizes we in fact are sharing the same space (politically, or socially, or morally, or even just physically), this allows us to begin building real relationships based on common values.

Galen, I hear you about statistics making our eyes (hearts?) glaze over. The way I push back on that is being reminded of (and sharing with others), the Quranic teaching that “to save one soul is to save all of humanity” and “to take one soul is to kill all of humanity.” I’m sure other cultures and faiths have similar concepts that connect the individual to the larger human story.

Galen: I agree that it’s good to get us focused back on the individual level, which is a level where we can handle empathy. The larger the group, it seems, the harder it is to sustain a sufficient amount of empathy. At best, it becomes too diluted; at worst, it becomes practically non-existent.

Hind: Exactly. Think globally if you want, but act locally. In your own home, in your inner circle of friends, in your neighborhood, in your town. We can’t always affect what happens across the globe, but we can certainly work to make our neighborhoods and towns better places for the people already living in them.

March 27, 2017
The Importance of Diversity in the Public Square
Next Post

May 2, 2017 Dealing with Criticism in the Inner Circle
Recent Comments
0 | Leave a Comment
"Andy, I love your point about building your own table. In the same mode of ..."
John Gills Dealing with Criticism in the Inner ..."
"I agree with Hind about the power of storytelling. Too many of us Americans live, ..."
Pennybird Empathy In the Right Measure
"I think it is fine for people to wear caps or shirts that show our ..."
Guthrum The Importance of Diversity in the ..."
"I love this blog. That is all."
Dale McGowan What’s in a Label?
Browse Our Archives
Related posts from Crossing the Streams

The Mix
To Protect Religious Freedom, Chip Away at Bigotry
Crossing the Streams
TRENDING AT PATHEOS The Mix