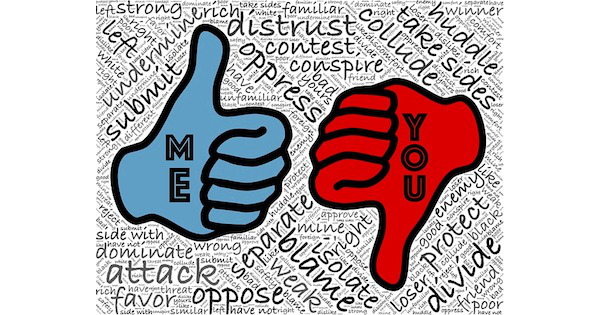 FRANK SCHAEFFER (former Evangelical Christian): You must be thrilled. Trump gets to repeal Obamacare and declares war on the poor. The bill would end Medicaid as an open-ended entitlement to health care, then Medicaid would be handed off with “block grants” to the states… while the bill would cut the taxes of high-income people by nearly $300 billion over 10 years by repealing a payroll tax increase and a tax on their investment income imposed by the Affordable Care Act. Just what Jesus would do–right?

LUKE MOON (current Evangelical Christian): There’s always someone who “dies” because of some change to healthcare laws in the US. Why does the rhetoric need to be so extreme? I think block grants are one of the most important ways to promote long-term viability of healthcare for the poor. It means that New York and Kansas can implement different policies about how they assist the needs of the poor. Having lived in various places in the US, I can assure you that the values and concerns of the people in New York are different than those of Kansas. And that’s ok.

Frank: When the House changes hands in 2018, remember your words and have the grace (if we’re still talking!) to admit that all of you Fox News-Ayn Rand worshippers just committed political suicide. Just pray for the GOP’s sake the Senate doesn’t pass the bill. We old guys vote, in case you forgot. Even with Trump as president, the poor still vote too. Since you, Luke, voted for the con man, can I send you my insurance bill increase now I’m hitting 65? Under current Obamacare rules, insurers cannot charge older adults (that’s me) more than three times what they charge young adults for the same coverage. The House bill would allow them to charge me five times as much. I’ll send you a bill for the difference.

Luke: I’d be really surprised if the House changes hands. Because of how districts have been created over the last several decades, very few seats will actually be contested. Since the Senate has yet to take this whole issue up, we will see what kind of stuff remains. The “Republicans hate poor people” shtick will continue, but the legislation might be very different than it is today. FWIW, I don’t like comprehensive legislation of any kind. It’s too easy to bury bad stuff in big bills. There was a Rep who suggested that no bill be larger than 20 pages. I think it’s time we got back to small bills addressing very specific issues with limited room for lobbyists to screw with.

Frank: The Republican health care bill breaks President Donald Trump’s promise not to cut Medicaid. Period. Trump first touted his opposition to Medicaid cuts in May 2015, shortly before formally announcing his presidential candidacy (and while taking a shot at GOP rival Mike Huckabee). So the Democrat Party gerrymandering problem you mention will be overcome by Trump.

Then there’s the broken promises and outright lies. Medicaid is a GOP target, and Trump went along. Speaking at a campaign event, Trump vowed to “save Medicare, Medicaid and Social Security without cuts.” Republicans have long since been more openly hostile toward Medicaid than Medicare (the poor don’t count with the pro-life GOP, just the “unborn”) and Social Security, which are universal programs with strong middle-class support of the actually born has been harder to mess with too.

But politically speaking, Trump may have been onto something when he distinguished himself from the GOP pack by proclaiming his opposition to cutting Medicaid. Now Pence and the pro-lifers have had their way and have offered the poor the usual GOP package: nothing. It will cost Trump because millennials, who will vote in droves next time as well as the sane in the middle class, now know it was all BS when Trump said he’d not cut Medicaid and the GOP hard Ayn Rand right (Jesus-hating people all) got their way. Anyway what do hospitals, the AARP, the AMA, and the budget office know? They must all be liberal commies too since they all came out against this…

Since we are throwing around quotes. Let’s also remember, “If you like your doctor you can keep your doctor.”

Frank: Good point on the “keep your Dr.” quote. But here’s the irony: the House bill never will pass in the Senate, so the GOP will have all the baggage and none of the actual achievement… sort of like Trump U.

Luke: Lol. Trump U suckers did end up with a settlement in the end though. So maybe they will end up with more than the House GOP. :- )

Also, some lobbyist groups don’t like the new bill. I need to lay down for a second, I’m feeling dizzy.

Frank: Democrats already know that a vote for the bill ― one that guts funding for states to help people with pre-existing conditions pay for health insurance will haunt Republicans in the future and may help oust the GOP from the majority in the 2018 midterm elections. Here’s hoping anyway… Since you got to run… looks like I got the last word for tonight, but not (sadly) on the future of politics…

Luke: I’ll give you that last word. It’s not the last word on the sad state of healthcare in America. Neither the Dems nor the GOP can fix it because there is no courage to be bipartisan anymore…except naming post offices.

April 24, 2017
What about Some Solid Outrage from Fox News? And What About Your Jewish Friends In Hell?
Next Post

May 8, 2017
Recent Comments
0 | Leave a Comment
Browse Our Archives
Related posts from Schaeffer and Moon 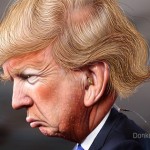 The Mix
O Evangelicals: What Good To Gain One Pro-Life...
Schaeffer & Moon
TRENDING AT PATHEOS The Mix