O Evangelicals: What Good To Gain One Pro-Life Justice and Lose The Entire Country…and Your Own Soul? 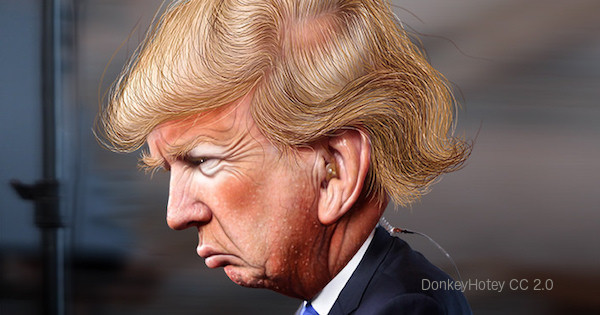 FRANK SCHAEFFER (former Evangelical Christian): It seems to me that Trump is melting down. I think that when commentators from David Brooks to Andrew Sullivan write that they are literally questioning his mental stability… something is happening that bodes ill for us all. Are you hearing from Trump supporters who privately are worried?

LUKE MOON (Evangelical Christian): Yeah, I’m hearing some but mostly from the people who were not really supporters in the first place. The real debate seems to be Trump is making a mockery of the media and #winning vs. Trump has lost his freaking mind. I’m honestly not quite sure what to think.

FRANK: I think we are way past he said-she said… when Brooks who tends to be serious, truthful and conservative writes in the New York Times, “We’re about to enter a moment in which U.S. economic and military might is strong but U.S. political might is weak. Imagine the Roman Empire governed by Monaco,” and Sullivan writes in New York magazine,

How are we to respond to a president who in the same week declared that the ‘murder rate in our country is the highest it’s been in 45 to 47 years,’ when, of course, despite some recent, troubling spikes in cities, it’s nationally near a low not seen since the late 1960s, and half what it was in 1980. What are we supposed to do when a president says that two people were shot dead in Chicago during President Obama’s farewell address — when this is directly contradicted by the Chicago police? None of this, moreover, is ever corrected. No error is ever admitted. Any lie is usually doubled down by another lie — along with an ad hominem attack. …

Then there is the obvious question of the president’s mental and psychological health. I know we’re not supposed to bring this up — but it is staring us brutally in the face. I keep asking myself this simple question: If you came across someone in your everyday life who repeatedly said fantastically and demonstrably untrue things, what would you think of him? If you showed up at a neighbor’s, say, and your host showed you his newly painted living room, which was a deep blue, and then insisted repeatedly — manically — that it was a lovely shade of scarlet, what would your reaction be? If he then dragged out a member of his family and insisted she repeat this obvious untruth in front of you, how would you respond? If the next time you dropped by, he was still raving about his gorgeous new red walls, what would you think? Here’s what I’d think: This man is off his rocker. He’s deranged; he’s bizarrely living in an alternative universe; he’s delusional. If he kept this up, at some point you’d excuse yourself and edge slowly out of the room and the house and never return. You’d warn your other neighbors. You’d keep your distance. If you saw him, you’d be polite but keep your distance.

…what do you say?

LUKE: First of all, I am not the world’s finest Trump defender, but I don’t think he is mentally insane. I think he runs his mouth and makes crap up. It’s a bit embarrassing, but I don’t think he is insane….. Unless by insane you mean the kind of person who is incredibly successful in one area of life, but terrible in another. We see those people all the time. I mean Tom Cruise is a Scientologist.

FRANK: I think the Tom Cruise analogy is apt. Then there are the “insane” lies in the sense that one wonders how the Trump folks and Trump think they can pull outright lies off again and again. As the Huffington Post noted a few days ago (“Trump Team Denies Report On National Guard, Then Admits It Was Based On A Real Document”),  at 10:12 a.m. Friday, The AP tweeted that the administration was considering using as many as 100,000 National Guard troops “to round up” undocumented immigrants. The news organization soon published a full story, attributing the details of the possible plan to a 11-page draft memo it had obtained. Trump’s administration labeled The Associated Press’s reporting on a leak “100 percent false” on Friday morning, only to acknowledge less than an hour later that the story was based on a real document. The administration’s response mimicked Trump’s remark a day earlier that even if leaks coming out of the government are “real,” the news is “fake.” And it also fit into what appears to be a pattern of ignoring reporters’ requests for comment, only to push back quickly after stories are published.

At a certain point all credibility will be gone… for all but the core Trump cult… … and I admit I’m cheating a bit here… pulling stuff off the wires, as it were, live! It’s a bit unfair…

LUKE: I know it’s crazy how quickly things that should be simple and obvious facts become mired in screams of real vs fake news. Isn’t that how relativism works though? Heck, there’s a movement committed to saying men can give birth to babies.

At a certain point trying to excuse this, as in “Heck, there’s a movement committed to saying men can give birth to babies…” is just complicit. I’m waiting for evangelicals like you who voted for Trump to demand the truth and what serves the national good. Put it this way as someone once said in a similar vein: “O Evangelicals: What good is it to gain one pro-life justice and lose the entire country… not to mention your own soul?”

You get the last word…

LUKE: Clever dig. I do want to demand the truth. It does bother me, but to what end will it yield? I don’t see much truth coming from those that want to see Trump destroyed. The marching in the streets doesn’t seem to be interested in the truth either. Saying Trump is lying and men can have babies is meaningless when coming from the same person. I’m a little surprised you don’t see that.

FRANK: I’ll still give you the last word… just want you to prove you are sane :- ) So here’s my question: wouldn’t you be relieved if Trump resigned or whatever –impeachment, lightning on the golf course– and Pence became president?

LUKE: Yes. But I don’t think it would satisfy anyone. The division in America is so deep, I’m afraid it will take more than a Trump resignation to bring the country together. I wish it were so easy. 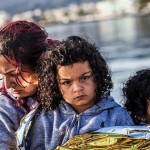 February 6, 2017
Life and Empathy Demand Trying To Minimize Suffering. And on That Ground, Trump Is Evil
Next Post

March 1, 2017 Frank: 'The Religious Right Invented Trump’s Fake News before He Was Born.' Luke: 'Um -- No.'
Recent Comments
0 | Leave a Comment
Browse Our Archives
Related posts from Schaeffer and Moon