At the Christian progressive Wild Goose Festival in June 2012, Luke Moon stuck his hand out to Frank Schaeffer. “Hi, I’m a right-wing bigot who wants to be your friend,” he said. “And if you come to DC, I’ll buy you a beer.”

Frank, a former evangelical who now calls himself “an atheist who believes in God,” accepted the offer, and they met over beers in December. As Luke wrote in Juicy Ecumenism the next day,

We talked for over an hour about whether it is worse that universalism encourages people to sin more freely or that fear of hell motivates people to live more morally. I challenged his view of Mark Driscoll and straw-man attacks on the Religious Right. We found common ground in our dislike of the happy-happy-kumbaya emergent church and our concern for a generation lacking secure committed relationships due to a lack of healthy modeling in the home.  I offered to participate in a public discussion at the next Wild Goose festival, because they need to have at least a few conservative voices to balance out all the Lefties.

Despite that common ground, the two could hardly have been further apart on the religious spectrum. But a lasting friendship developed nonetheless.

“After sharing a beer together,” Luke said, “Frank is not going to stop lashing out at Evangelical Right-Wing Bigots, and I am not going to stop calling out Left-Wing Heretics. But the next time we meet, Frank and I will laugh, joke, argue, and talk about what we think God is like.  Ultimately, we are both better for our friendship, and I pray it continues.”

This blog is that continuation. 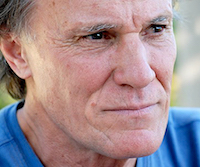 FRANK SCHAEFFER is an American author, film director, screenwriter and public speaker. He is the son of the late theologian and author Francis Schaeffer. He became a Hollywood film director and author, writing several internationally acclaimed novels depicting life in a strict fundamentalist household including Portofino, Zermatt, and Saving Grandma. His latest book is Why I Am an Atheist Who Believes in God. He blogs at Why I Still Talk to Jesus — In Spite of Everything. 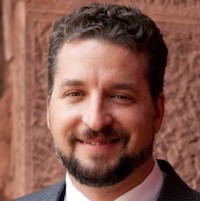 LUKE MOON is the Deputy Director of the Philos Project, a network hub for leaders and future leaders committed to promoting positive Christian engagement in the Middle East. Luke has served as business manager for the Institute on Religion and Democracy and as a missionary with Youth with a Mission. He holds a BA in Biblical Studies from the University of the Nations and an MA in Global Politics from Regent University. Luke is also an ordained Southern Baptist minister. He is a regular contributor at the Philos Project.