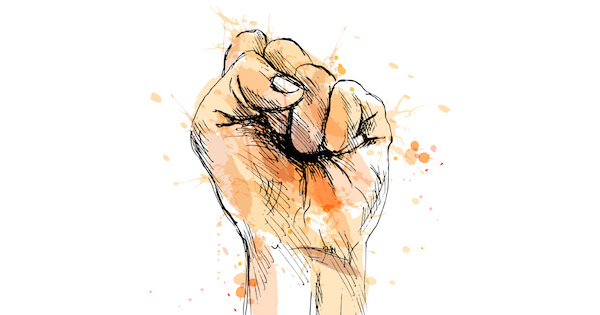 FRANK SCHAEFFER (former Evangelical Christian): I wrote this today on another blog… and as I did was thinking you might agree… or not. “Barbarians are at the gates of what was once quaintly called civilization once again. These days the war on reason, mercy and compassion is led by Putin, Trump, ISIS, white evangelicals, Russian Orthodox extremists, anti-EU European far right white nationalists and the likes of Trump’s war-monger sophomoric bottom-dwelling mentor– Steve Bannon…” Your thoughts…

LUKE MOON (current Evangelical Christian): I agree, but you left off half the list. What about the folks dressed in black smashing, grabbing, stabbing, and punching all in the name of “justice?” How about all the former Obama cronies who continue to sabotage the Trump administration from the inside lest he do something that looks like governing? What about the anti-Christian bigots in those blue states that force people out of small businesses or target investigative journalists because they exposed the sale of human organs by an organization at the top of the Democrats’ pyramid? You’ve got your sights on Steve Bannon and I’m looking at Rhodes. The loss of civility is from both sides.

Frank: There is no moral equivalency here… Trump and everything that goes with him is in a class of his own. Individuals doing crimes — and most of your list shows up more in alt-right sites than in the media most Americans trust — are not the US president acting more like Erdogan of Turkey than an American — let alone an American president. Had someone told Churchill that in 2016 America would elect a buffoon with plutocratic and authoritarian ambitions and that this fool would be voted into office by fundamentalist white Christians rallying to an “America First” cry, he would have never believed it. Churchill had faith in the power of reason and the banishment of superstition. He would have been perplexed by “Brexit” and positively irate with the isolationism of Trump’s America First slogan with its fascist-sympathizer 1930s overtones. I think Luke that if you had a good slug of truth serum it’s really all about abortion for you, isn’t it? No shame in that, but all your other huffing and puffing sounds a bit empty to me. One other thing, you talk of “sabotage[ing] the Trump administration.” You are kidding right? What was the GOP doing for the last 8 years? Where’s President Obama’s Supreme Court nominee?

Luke: If it wasn’t Trump, it would have been someone else. The fact is that the faith in globalism peaked, and now we are moving towards a more nationalist posture. That being said, I love and hate the loss of civility. I love it in the way a person likes boxing and MMA. I hate it in that it’s… well, a loss of civility. I don’t think civility means we need to be all squishy, it means more of what we have here on this blog. Strong opinions, but mostly civil … you jerk.

Frank: I agree that we are entering a period of history where basic ideas about the importance of kindness, beauty, and truth are being challenged by might-makes-right ego-driven nationalistic hubris and untrammeled greed. The quintessential white male bully is back. Put it this way: in 2017 Putin and Trump are our icons not Voltaire, Churchill or (for that matter) Jesus. And that is where we part company… I think white “evangelical” Trumpites betrayed Jesus … not to get heavy or judgmental or anything! :- )

Luke: I don’t think who you vote for is a betrayal of Jesus. The church and individual Christian have been dealing with imperfect leaders from the beginning. Heck, they were dealing with Emperors and stuff. I think we ended up here because of several factors that we have previously discussed and the progressives own half of this…maybe more.

Frank: If Trump/Bannon is described as imperfect leadership, then I guess Jack the Ripper was “impolite.” In the years before Bannon grabbed the world’s attention as Trump’s campaign chairman and then chief White House strategist, he was developing and articulating what the Washington Post called “a fiery populist vision for remaking the United States and its role in the world.” In the same interview, Bannon compared himself to a powerful servant of England’s Henry VIII, Thomas Cromwell. Cromwell was a monster who, as Henry’s aide, helped mastermind the world-shaking disruptions of his era: the split of the Church of England from the Catholic Church. This split was driven by the king’s lust for women, power, and money, not by theology. But Cromwell was a true-believer and ideologically demented, and an extremist anti-Catholic. He saw he could use the king’s venal, disgusting proclivities to carry out his own holy war.

Luke: Ugh, there’s so much there. It’s absurd to believe that Trump/Bannon are at the level of ancient dictators. It’s true that the ideology at work here is nationalist/populist, but its time for a correction from the globalist fantasies being drafted in the halls of the UN and Brussels. At least with the nationalists the people driven out of work by globalism have a chance to catch up. There will be dark days with the nationalist/populist, just as there are dark days for the those suffering under globalism. It’s not as bad as you are making it out to be though.

March 22, 2017
If Your Child Has Cancer, Which Version Of Biblical Oncology Do You Turn To?
Next Post

April 24, 2017 What about Some Solid Outrage from Fox News? And What About Your Jewish Friends In Hell?
Recent Comments
0 | Leave a Comment
Browse Our Archives
Related posts from Schaeffer and Moon