In which we see what’s at the end of the causal chain. Continuing my look at Chapter 3 of the Compendium Theologiae. The complete series is here.

In the previous posts on this chapter, we saw that when Thomas uses examples, he’s illustrating a principle, not offering evidence for it; that even obsolete science had some sense to it, and can still be useful as an illustration; and that there are two kinds of causal chains. In one kind of causal chain we have a sequence of “movers”, each of which is used as a tool by its predecessor: I decide to move my hand, which moves a shovel, which moves the dirt in the whole. These causes are simultaneous, and if any link in the chain disappears the dirt stays where it was. Ultimately, the chain leads back to my decision to move the dirt. Now, let’s continue.

Thomas doesn’t go into it here, but the kind of motion he’s most interested in, in this context, is simple persistence.  Science takes the persistence of solid objects mostly for granted: it is an obvious aspect of reality that matter persists over time, rather than spontaneously going poof and vanishing.  Even when something does vanish, as the water in a glass evaporates, it isn’t gone: the molecules of water have moved out of the glass and into the air.

Does a chunk of wood exist of itself?  Is it responsible for its own existence?  Clearly not.  There was a time when it didn’t exist; and it didn’t bring itself into existence.  So what accounts for it?  It is one of the more difficult points, but perhaps the most essential, that contingent beings, like a chunk of wood, must receive their being from something that is not contingent, from something that, in a sense, has being to share, that has the power to cause being in others.  And this is the causal chain Thomas is looking at.  I move the shovel, and the shovel moves the dirt, but I am myself sustained in existence, moment by moment, by something that has the power to so sustain me.  We don’t know how many links there might be in that chain, but it’s a chain that has to end somewhere.

And so, Thomas concludes,

Accordingly there must be a first mover that is above all the the rest; and this being we call God.

That last phrase, “and this being we call God,” often strikes naive readers (and especially atheists looking at Aquinas’ arguments for the existence of God) as overreach so grand that it takes one’s breath away.  The jump from Aristotle’s Unmoved Mover to the God of Abraham, Isaac, and Jacob is so vast that the whole thing strikes them as unserious.  But Thomas isn’t trying to take that leap in one step.  Rather, he has shown that there is one being ultimately responsible for all of the change we see in the world; and in this phrase he is simply identifying the God of Abraham, Isaac, and Jacob with that being.

But Thomas is just getting started.  There is still much to prove about God, and much to explain. 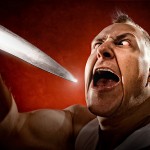 May 25, 2014
Lumen Fidei: When Practice and Theory Don't Match
Next Post 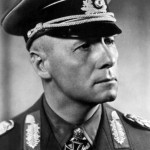 Go Ahead. Take Down Statues of...
Public Catholic
Related posts from Cry 'Woof'