Today’s Aquinas: The Spirit Proceeds from the Father and the Son

Today’s Aquinas: The Spirit Proceeds from the Father and the Son September 21, 2015 willduquette

In this chapter Thomas explains the procession of the Holy Spirit in terms of the actions of the intellect and the will. It’s complicated to read, but it’s not that difficult to understand.  Go ahead and skim the following:

We should recall that the act of understanding proceeds from the intellectual power of the mind. When the intellect actually understands, the object it understands is in it. The presence of the object known in the knower results from the intellectual power of the mind, and is its word, as we said above. Likewise, what is loved is in the lover, when it is actually loved. The fact that an object is actually loved, results from the lover’s power to love and from the lovable good as actually known. Accordingly the presence of the beloved object in the lover is brought about by two factors: the appetitive principle and the intelligible object as apprehended, that is, the word conceived about the lovable object.

* Why no, I’m not going to get into the filioque controversy. 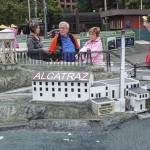 September 23, 2015 The Little Placard on the Wall: When a Picture Requires a Thousand Words
Recent Comments
0 | Leave a Comment
"You should update your bookshelf page accordingly."
3vil5triker . In which the Blogger is Very ..."
"You need to change the "KS" photo. It's of KANSAS CITY, MISSOURI. It is not ..."
Nessy Meme Watch: Economic Bullsh*t
"This has been on my wish list for a while. Sounds like I need to ..."
Rebecca Fuentes The Apostasy That Wasn’t
"Is not the “splendor of heaven” the presence of God in all His glory, of ..."
jayne_wayne Splendor Fatigue
Browse Our Archives
get the latest from
Catholic
Sign up for our newsletter
POPULAR AT PATHEOS Catholic
1