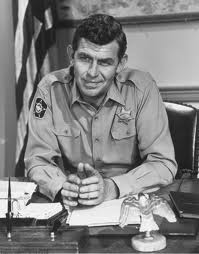 Happy Fourth of July. Hopefully you have better plans today than blog reading, but just in case…

There’s been a deluge written in the wake of Chief Justice Robert’s ruling last week on Obamacare. He surprised everybody on both sides by choosing not to take sides on the Affordable Care Act, deciding to cut the baby in half, Solomon-style. I loved it. My favorite line from the ruling, speaking on behalf of the Court, was this: “It is not our job to protect the people from the consequences of their political choices.”

Thomas Friedman’s editorial was representative. While there was plenty of vitriol aimed at Roberts, there was admiration too. Friedman writes,

It’s the feeling that it has been so long since a national leader ripped up the polls and not only acted out of political character but did so truly for the good of the country… I know that this was a complex legal decision. But I think it was inspired by a simple noble leadership impulse at a critical juncture in our history. We can’t always describe this kind of leadership, but we know it when we see it and so many Americans appreciate it.

What I liked mostly was the way Roberts did something for everybody. He upheld the Act for the liberals, called it a Tax for the conservatives. He found a middle way through. As a minister of a mid-sized Midwest congregation, middle ways are always appreciated. I’d say that for ministers middle ways are mandatory. We serve Jesus and our congregations first. Our thoughts and ideas derive in submission and out of deference to our Lord and our neighbors. We should always seek a way that benefits the greater good more than ourselves or our own agendas—especially when we’re convinced that it’s us and Jesus against our congregations (we always lose those battles).

On that note, with every North Carolinian I mourn the passing today of Andy Griffith, who was on his way to becoming a minister until he got sidetracked into show biz at UNC-Chapel Hill. Still, some might say that his hayseed sheriff Andy Taylor (also the Justice of the Peace) did as much for the gospel in the turbulent 60s than any minister. As one who has memorized most of the black and white episodes of the Andy Griffith Show, it’s a reservoir I return to time and time again, especially when I’m feeling the urge to push my pastoral weight around. As Andy once said to Opie (Ron Howard), “Bible knowledge is a fine thing, just don’t flaunt it.”

July 5, 2012 God and the "Goddamn Particle"
Recent Comments
0 | Leave a Comment
Browse Our Archives
get the latest from
Evangelical
Sign up for our newsletter
POPULAR AT PATHEOS Evangelical
1