The New Yorker ran a disturbing piece recently on mosquitoes, apropos to a midsummer post when swatting the pests makes one wistful for snowfall. According to the article, researchers estimate that mosquitoes have been responsible for half the deaths in human history: malaria, yellow fever, dengue, chikungaya, West Nile—just to name a few. Valiant efforts have been made to eradicate the insects, but they’re evolutionary geniuses, as are the parasites and viruses they harbor. Were we able to run the mosquito into extinction, they would not be missed. “More than any other living thing, the mosquito is a self-serving creature. She doesn’t aerate the soil, like ants and worms. She is not an important pollinator of plants, like the bee. She does not even serve as an essential food item for some other animal. She has no purpose other than to perpetuate her species. That the mosquito plagues human beings is really, to her, incidental. She is simply surviving and reproducing.”

Enter OX513A, an engineered mosquito genetically programmed to lethally mate with females and eventually eliminate an entire mosquito population. Millions are manufactured in labs, and then let loose to find Juliets with whom to do their Romeo. Tests in Sao Paulo have been incredibly promising, so much so that other cities want a shot. Resistance in the United States has been high, however. Critics argue that releasing genetically engineered mosquitoes into the ecosystem could have all sorts of unintentional consequences, even worse than the plagues mosquitoes currently inflict. Creating “franken-robo- mosquitoes” is too much for some people; they accuse the lab of “playing God.”

Which of course raises the question as to why God would create mosquitoes anyway. I actually addressed this question in a book I wrote about evolution and faith.

I could say that mosquitoes are a consequence of Adam’s fall, and in a sense they are. Current research pegs the emergence of mosquitoes in the late Neolithic period (before 4000 B.C.). This means they emerge at the same time as the irresistible population surge of pre-Homo sapiens humans, making mosquitoes ripe for infiltrating creation once Adam gets booted from the garden. Scientists argue that mosquitoes benefit the ecosystem by controlling vertebrate populations, humans included, that would otherwise overly reproduce. But maybe I’m stretching it here.

As for God himself, though he doesn’t desire a personal relationship with creation the way that he does with people, his own relational nature can’t help but show up in nature. … If evolution is the handiwork of God, then we would expect it to function as it does, with the same sort of freedom we experience as humans. It makes sense that the freedom we experience results from the free process God employed to make us. A free-process creation results in free-willed people. But just as the free will of people can result in rejecting God’s will, so the free process of creation results in mosquitoes and the diseases they carry—not to mention genetic deformities, hurricanes, and earthquakes, all outcomes of a creation that is free to become what it will become.

Nevertheless, concerns about genetic modification may be warranted—as much as concerns about pesticides or other ways in which we humans exert our dominion. In the end the question may be less about our playing God, but a prayer the God exert his own dominion more. Surely there are no mosquitoes in heaven. 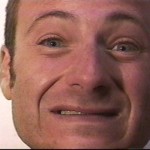