Hooking Up and Hanging On

Hooking Up and Hanging On August 29, 2012 Daniel Harrell 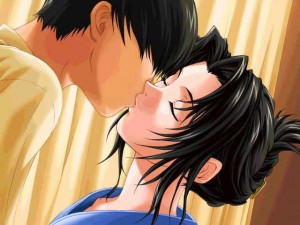 As the father of a daughter, and a minister to boot, my fears of the fate of a pastor’s kid in high school and college escalate whenever I read about hookup culture. I’m not sure whether to be glad or sad to read Hannah Rosin’s latest (she of the upcoming book, The End of Men.) To wit:

About 66 percent of women say they wanted their most recent hookup to turn into something more, but 58 percent of men say the same—not a vast difference, considering the cultural panic about the demise of chivalry and its consequences for women. And in fact, the broad inference that young people are having more sex—and not just coarser sex—is just wrong; teenagers today, for instance, are far less likely than their parents were to have sex or get pregnant. Between 1988 and 2010, the percentage of teenage girls having sex dropped from 37 to 27, according to the latest data from the Centers for Disease Control and Prevention. By many measures, the behavior of young people can even look like a return to a more innocent age.

Almost all of the college interviewed assumed they would get married, and were looking forward to it. In England’s survey, about 90 percent of the college kids, male and female, have said they want to get married.

One of the great crime stories of the past 20 years, meanwhile, is the dramatic decline of rape and sexual assault. Between 1993 and 2008, the rate of those crimes against females dropped by 70 percent nationally. When women were financially dependent on men, leaving an abusive situation was much harder for them. But now women who in earlier eras might have stayed in such relationships can leave or, more often, kick men out of the house. Women, argues Mike Males, a criminologist at the Center on Juvenile and Criminal Justice, “have achieved a great deal more power. And that makes them a lot harder to victimize.”

We’ve landed in an era that has produced a new breed of female sexual creature, one who acknowledges the eternal vulnerability of women but, rather than cave in or trap herself in the bell jar, instead looks that vulnerability square in the face and then manipulates it in unexpected, and sometimes hilarious, ways.

I’ll leave you to the article to read about the hilarity. In the meantime, I’ll count less sex among teenagers and the decline in rape and assault as a bit of gracious light to dissipate the future worries of a father whose daughter for the moment remains content too sleep with her bunny rabbit. 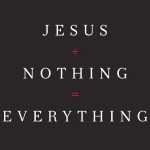 August 30, 2012 Welcome to Cultivare, Kimberly Hyatt
Recent Comments
121 Comments | Leave a Comment
"What do you folks think of this one?-- Quoted from News4JAX -- 11/25/16 --"JACKSONVILLE, Fla. ..."
y3shuA imMANu3l Divine Intervention vs Divine Involvement
"So Melville traveled to Jerusalem in an effort to recover his Christian faith...hmmm, interesting, but ..."
Gregg Thomas Melville’s Epilogue
"I fail to see how Holbein's work 'deprives the Christian of hope' any more than ..."
Joseph The Dark Light of Thomas Kinkade
"You’ve written nice post, I am gonna bookmark this page, thanks for info. I actually ..."
Marc Barber The Dark Light of Thomas Kinkade
Browse Our Archives
get the latest from
Evangelical
Sign up for our newsletter
POPULAR AT PATHEOS Evangelical
1