A culture blog is the last place you want to talk politics (despite the role it plays in American culture), not to mention a culture and theology blog (despite the role theology plays in American politics). Nevertheless, did you read David Stockman’s critique Wisconsin Congressman and Vice-Presidential hopeful Paul Ryan’s budget plan? Stockman labeled Ryan’s plan “the same conservative empty sermon.” As a preacher, I’m offended. Why is it that when people want to belittle a public discourse they call it a sermon? Don’t answer that.

I’m old enough to remember David Stockman. As Director of the Office of Budget and Management from 1981-1985, he played the role of Alex Keaton as Architect of Reaganomics, eliciting the same severity of critique he now levels at Ryanomics—”a once grand party’s embrace of the welfare state, the warfare state and the Wall Street-coddling bailout state.” (I’m old enough to remember Family Ties too.)

In our current theo-political climate, there’s a good deal of nostalgia for the days of Ronald Reagan and Tip O’Neill, ideologically opposites and yet cognizant of the necessity to compromise for the sake of national interest. Fareed Zakaria, in his bestselling book The Post-American World, argues that unless America learns to act like that America again: open, optimistic, innovative, generous, warm and welcoming, then it is destined for the “ash heap of history,” the place which Ronald Reagan destined the former Soviet Union (and where it ended up).

Like it or not, the church reflects culture more than it shapes culture. The persistent partisan entrenchment in American politics plays out in the church along similar lines: liberal-conservative, big church-small church, Activist-Separatist, and on and on. 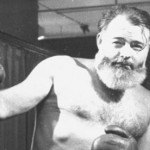 August 14, 2012
The Artist, the Work of Art, and the Freedom of the Unfree Will
Next Post

August 16, 2012 Breaking Bad: Why Society Still Needs "Sin" Language
Recent Comments
0 | Leave a Comment
Browse Our Archives
get the latest from
Evangelical
Sign up for our newsletter
POPULAR AT PATHEOS Evangelical
1