Let’s stop being so negative about the group that is transforming religion and spirituality in the 21st century. One-fifth of the American public – and a third of adults under 30 – do not identify themselves with a religion. This is a growth from 15% to 20% of the population in just five years, and we have no doubt that similar trends are happening around the world.

Some of this number (6%) describe themselves as atheists or agnostics, and the other 14% say they have no particular religious affiliation. It’s this last group that is getting a bad rap.

In an attempt to label them, two terms have emerged: “Spiritual But Not Religious” (SBNRs) and “Nones.” We don’t like either term. They categorize people by what they are not. We are interested in who they are.

You can read more about this e-course on a special page where we also have free gifts to all Spiritually Independent people and those who love and welcome them. After reading about who they are in this article, click this link to claim your gift: www.SpiritualityandPractice.com/GiftsfortheSpirituallyIndependent

Similarly, the spiritually independent person seeks out wisdom from many sources: the religions, the sciences, the arts, the humanities, the popular culture, the Internet and social media. They are less concerned with where the wisdom comes from than in its capacity to make them more compassionate, just, and awake to the unity of all life.

Getting Off the Bus

Here’s another way to think about the spiritually independent. We recently read that master storyteller Anthony de Mello considered a parable about people on a bus as one of his very favorite teaching stories. Briefly, it goes: A group of tourists are sitting in the bus passing through some gorgeous countryside. But the drapes are drawn in the bus, so nobody sees a thing. The people inside are either sleeping or quarrelling over who has the best seat. At journey’s end, none of them has seen anything of the gorgeous countryside.

We are going to add another layer to the story by saying that there is a tour guide on the bus who is doing his best to get the group to see out the window what he thinks is important, but he can’t get their attention anymore. Perhaps his talk is boring, tainted by his cultural biases, or just not engaging enough (since he’s not using any modern technologies.) Perhaps the people on the bus are uncomfortable with their companions; they’ve been wounded by them in the past or they find them too conservative in their political views. So, at the next rest stop, a few people get off the bus. They leave the traditional tour schedule and the tour guide behind and set out to discover for themselves what there is to see and do in this gorgeous place.

Anne Benvenuti, a trustee of the Parliament of World Religions, has suggested that the “nones” are people who have “gotten off the bus.” In an article on the Parliament’s blog, she writes that they “distrust such prepackaged beliefs, and also distrust religious institutions that are so often corrupt and hypocritical. Yet they value human spiritual heritage, often in great variety, and many of these people are more comfortable in a variety of religious settings than they would be in only one.”

We think what these travelers want is direct experiences of the sacred, and for one reason or another, they aren’t getting it on the bus. Their primary motivation for disembarking, however, is not to get away from something or somebody. Rather, they are taking a positive step toward a new vision of the way things are and are embracing expanded ways of interacting with their communities and the larger world.

We salute anybody who embraces spirituality. But in doing so over the years, we’ve heard our share of criticisms of those who favor spirituality over religion. They are described as self-indulgent, superficial, and selfish (which we could say is true of some people in every group). Perhaps the most common criticism coming from religious people is that the spiritually independent are really just making up their own religion.

This charge goes under the name of “cafeteria” or “salad bar” spirituality. Like a diner picking from a well-stocked salad bar of foods from different cuisines, critics say, these spiritual seekers pick out the most appealing bits and ignore anything that is difficult to chew. But, so the argument goes, you can’t just take the goodness and light of a religion and ignore the teachings that challenge your ego. You can’t just do the easy practices and ignore the ones that require discipline or, heaven forbid, repetition.

In our experience, this is a bad rap about the spiritually independent. What we hear in conversations with both religious and spiritual people in person and online in the Practice Circles for our e-courses is a great deal of struggling and searching and a desire to be of service in the world. Nobody is trying to take the easy way out.

This is not surprising. We believe that most people come to the spiritual life not to reinforce what they already know and do, but because something is not working in their lives. They may be facing a personal crisis and know that how they handled this situation before won’t be enough this time. They may be yearning for a deeper connection with the Divine and the whole creation. Perhaps they are concerned about a family member or friend. Often they are upset about injustice and worried sick about the state of the planet. These are not light matters, and neither is the spirituality they practice as they deal with them.

We want to celebrate who Spiritually Independent people are!

Here’s what we have learned about them from their visits and interactions on our website.

Spiritually independent people express their spirituality in a wide variety of ways, often participating in several communities: a meditation group, a yoga class, peace marches, workshops, and conferences. They are not necessarily independent, neither wanting nor having community, nor are they individualistic. That’s a misreading of the term.

Spiritually is an adverb and independent, as we are using it, is an adjective. The two words are yoked to describe a person or group. So this term simply means that these people are independent in their spirituality. They are not affiliated with one particular tradition. No one religion covers where they are in their beliefs and experiences. They could check “none of the above” on a list of religions, and they might also check “all of the above.”

Spiritually independent people find wisdom and inspiration in many sources: sacred texts, books by spiritual teachers, poetry, Ted talks, YouTube videos, movies, art, nature, scientific studies, pop culture, Facebook memes, and more. Because no authority has told them what is and is not appropriate for their spiritual formation, they look everywhere. Our website visitors read reviews of spiritual books, meditate with galleries of illustrated quotes, and then browse through our coverage of current movies.

Spiritually independent people are seekers without borders (another term coined by Rami Shapiro). They celebrate the interdependence of all life and talk often about unity consciousness and oneness. In not recognizing clear borders between religions or feeling the need to stay in just one, they are not alone. As a multifaith website, we have reviewed many books by authors who claim “multiple belonging” because they practice more than one religion. Perhaps they are Jews who observe the Sabbath and go to synagogue and teach Buddhist meditation. We are initiates in a Sufi order but we also worship at a progressive Christian church; our mysticism crosses two traditions.

We and the spiritually independent have another thing in common. We create our own spiritual practices. We call this the Indiana Jones School of Spirituality. You probably remember that scene in Raiders of the Lost Ark when Indy and Marion are hiding from the Nazis, and she says, “Do you have a plan?” And he replies, “No, I’m just making it up as I go along.”

There are tried-and-true spiritual practices that have been passed down within the religious traditions through the centuries. Many spiritually independent people regularly pray, meditate, do sacred reading, and sing chants and hymns. And then there are practices that just come to you as you go through your day – your own way of living a spiritual life. Fred says a prayer for whoever is in trouble and whoever is going to help whenever he hears a siren on New York City streets. Mary Ann bows to her computer in gratitude for its service to her. A good friend regularly visits a Hudson River pier to allow the water spirits to nurture her. Another identifies something “wonder-full” with her daughter every day.

If you want to welcome the spiritually independent people in your life, ask them how they practice their spirituality. You will be surprised and delighted by all the ideas you get for your own practice.

An invitation and some gifts to readers of this article.

We’ve created a page at Spirituality & Practice offering you some special resources for spiritually independent journeys! For a limited time, we have a free download for you on “How to Practice the Alphabet of Spiritual Literacy,” 37 universal practices. We’ve also created a “Field Guide for the Spiritually Independent” with more “identifying marks” plus everyday practices, mantras, movie and book recommendations, and more; it’s a bonus when you register for Rami Shapiro’s e-course “The Way of the Spiritually Independent” running from September 9 – October 4. To claim your gifts and sign-up for the e-course, visit us at:
http://www.SpiritualityandPractice.com/GiftsfortheSpirituallyIndependent 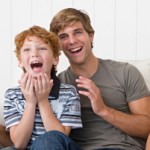 August 26, 2013
Passing on Spirituality: Teaching the Spiritual ABC's
Next Post

September 19, 2013 The Hokey Pokey Is What It's All About . . . and Other Signs in Daily Life
Recent Comments
0 | Leave a Comment
Browse Our Archives
Related posts from Daily Life as Spiritual Practice 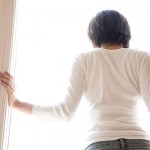 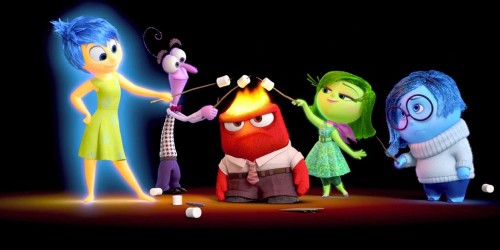 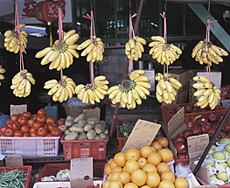