As I gather my thoughts to write this post  I can see my children playing out in the field behind the house.  A brief summer thunderstorm has just come through cooling the humid summer air. I tossed them outside after a day spent making a wreck of the playroom in an attempt to avoid the summer heat.  In any case, creating castles in the air is one of their favorite occupations.  Sometimes they create towns filled with stores selling strange garage sale wares next to houses made of pillows and string.  Sometimes it’s grass castles filled with wolves and magic.  Sometimes they build grand block temples where Odin and Athena share gifts given in bottle caps and bits of fabric.   Dreaming big is one of the joys of childhood.

“Wouldn’t it be fun if all the castles in the air which we make could come true, and we could live in them?”

We grow up, supposedly wiser and smarter, at least better at adulting.  Hopefully we are able to pay the bills with a little left over.   One of the lovely things about the pagan community is that we often hang onto that sense of wonder found in childhood.  We still dream big dreams of castles in the air.  We just dream them a little differently:

Once I said to a friend, “I wish we had someplace where all of us could live and work and just do our thing!”  She answered, “There’s a name for that, you know.”

“Yup!” she said with a shit-eating grin. “It’s called Town.”

I laughed. It was funny, and obvious that she was correct.  There’s nothing like trying to reinvent the wheel.

That’s the thing. That’s what so many of us crave.  We escaped our dull lives, whether we grew up in boring suburbia or the rural right wing small towns, and discovered this thing called paganism.  We discovered the joy of spending time with people who thought our jokes were funny, who took joy in discovering the sacred in a new way.  But we still crave companionship, community, places to raise children and take care of our elderly.  These are basic human needs.  It’s not all fairy gardens and chocolate rituals, though those don’t hurt either.

The thing is, we don’t want to meet these needs the way they’ve been met in the past.  We aren’t interested in going to church and being told that if we are moved by a spirit other than their Holy Spirit we are evil.  Most pagans can agree on these things, but the Devil, such has he might be, is in the details.

There’s a common saying in pagan communities, “Get three pagans in a room and you’ll have five opinion.”  We are an opinionated bunch and that can lead to divisiveness.  People like to bewail the fact that pagans can’t get their act together and build the kind of coalitions that would create the community that we want.

Sometimes I feel hopeless in the face of arguments like whether Reconstructionists and Wiccans actually have anything in common.  I certainly think they do. I’ve seen Troth people mock Loki worshippers and they in turn mock those they consider “vanilla”.  Personally I think there’s a place for the Asir, the Vanir, and the Rokkr at my table.  But the truth is, there is no one pagan truth and our collective existence is more like a giant game of Calvinball than anything else.

For a while, this really bothered me.  These are Serious Times, you know.  There are plenty of real adult problems out there in the world, including climate change, peak oil, fracking, and war, let alone my first world problems like losing my phone for the tenth time today because I set it to silent. I would rail against the larger Pagandom with fist shaking indignation,  “What were they all thinking?! Why aren’t they all turning into eco-farming, granola munching hippies?!”

As time has gone on and I’ve done quite a bit of reading on chaos, systems theory, information flow, and stability versus flex.  It’s made me realize something.  We rock.

No really.  Pagans rock. We are awesome, and here’s why: we can’t agree on things.  Yeah I know.  That’s weird right? It’s a flaw. A problem to be surmounted by community building  or reasonable discussion.  The thing is, if we were all moving to the beat of the same drummer we would be vulnerable to change.  That’s the problem with large institutions.  They’re slow, and bad at adapting to new things.

We all think that success comes from stability, and to a certain degree we are right, but it’s not the whole story.  The mathematics and science of understanding risk is fascinating.  One of my new favorite books is called Antifragile.  The idea is that the opposite of fragile is not resilient or unbreakable.  To be fragile is to be less functional when broken.  A resilient thing simply does not break.  The opposite of fragile would be antifragile, or getting more function when broken. We see this in nature all the time.  Our muscles work that way when we work out so hard and make them sore but stronger.  Willow trees do better when they are heavily cut back, as humans we learn from our failures.  Right now paganism is antifragile.  We are able to learn from our collective mistakes and experiences because we are not caught up in one great overarching system, but we do have high levels of communication between individual networks.  It’s that smallness, combined with high levels of communication that is so potent.

There are still challenges.  It’s clear that some things are easier to do with more people. It takes infrastructure to  to have paid clergy who are always available if someone goes into the hospital or needs them. It takes infrastructure to have temples and people to support them.  Slowly our group size will increase and we will hit that threshold.  Certainly, my grove has a land fund that we are slowly building up.  We will get there. But I think it’s okay to take our time and grow naturally.  In ADF we like to say, “Fast as a speeding oak!”

No one knows what the future holds, except for maybe the woman who divines with asparagus.  But scientists have a pretty good idea of some of the things headed our way.  These are new things like a new climate, new resource management, big new things.  This is the kind of stuff that affects cultural norms and changes society. Anybody remember the industrial revolution? As pagans, because we are diverse and yet connected, we are ideally situated to adapt to cultural change.  We are the pioneers of these new uncharted experiences and as our growing and changing spiritualities adapt and flex with our needs we will be able to be successful and maybe even find ways to be a little less of a burden for each other and the planet we live on.  So my answer to the future of faith?  Pagans will continue to struggle with building infrastructure and the debate about paid versus unpaid clergy.  We will grow and divide and organically evolve into a culture that will support the people who practice these connected faiths.

August 5, 2015
Dandelion Seeds: A Guide to Involving Kids in Ritual
Next Post

September 2, 2015 Dandelion Seeds: Seeking the Roots of Compassion in Paganism
Recent Comments
0 | Leave a Comment
Browse Our Archives
Follow Us! 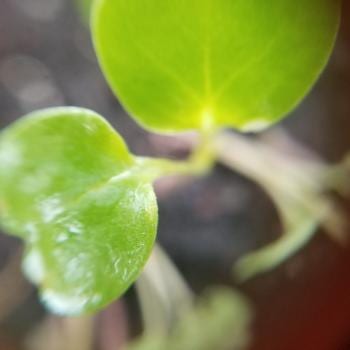 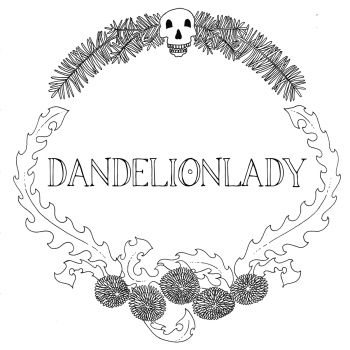