I talk to the bones, the dead remains of animals. I didn’t quite realize it, but as I drag skeletons encased in chicken wire over to where I kneel on the autumn earth I say things like, “Come along, friend.” or “It’s okay now, I’ve got you.”.   I clip the zip ties I use to close the chicken wire. It feels like taking out plastic sutures from surgery but instead of healing, I am revealing my treasures. These are my death burritos. This is the methodology I have created to strip the flesh from dead things and expose the bones underneath for spirit work and art.

I am doing sacred work as I carefully poke through fur and mold to discover the treasures within. It’s not always pleasant.   There are nasty smells, sunken eyes, and rotting bits of flesh, but I have never felt more connected to the ancestors than when I am doing this work.

It started out as a byproduct of farming. There was no plan to get into de-fleshing animals, or discovering my very own version of the Celtic Cult of the Skull.   You see the problem was Varmints.   We had chickens; quite a few of them. Also ducks. We accepted that the falcons and hawks were going to occasionally make snacks of our egg layers, but then something else came along and was doing in our chickens at an alarming rate. I won’t give details because it was pretty gory. These were more like mob hit killings than death to feed anything. So it was decided to trap and kill these marauders.

I imagine you now, dear reader, sitting there thinking, “How could you! Killing animals merely for doing what their instinct tells them to do?!” Yeah, I get that. But I discovered a different truth as a farmer. I began to see raccoons, possums, hawks, falcons, woodchucks and more as their own beings. Sure, woodchucks are fluffy things that do this fa-lumpy bumpity bumpity movement like a little brown wave moving over the grass. But they are also garden destroyers, devourers of melons, ruiners of radishes.   If you’ve ever had a garden decimated by their vegetal predations you will know the feeling of impotent rage showed best to the world by Pooh Bear’s dear and somewhat irritated friend, Rabbit.   I have been the living avatar of Rabbit raising my rake above my head and hollering at the other animal people many times. But that’s the thing, I am an animal person just like them. We both have goals and needs. The needs of the domesticated came into conflict with the needs of the wild.

So we killed the ones that crossed the boundary into our territory. It was not fun. But afterward I didn’t like the idea of just tossing them aside like refuse. These were beings that I had interacted with and I honored them as having their own sovereignty, just as I had. They deserved better than that. I had read Pagan Celtic Britian by Anne Ross which details how the Celts were obsessed with the head.   We see this in the myth of Bran: where his severed magical head is carried by his friends for years entertaining them and guiding them. We know they preserved heads of their enemies and even made jeweled goblets from skulls. I also knew that there was a modern Tumblr phenomenon called Vulture Culture all about harvesting bones merely for the appreciation of their beauty and connection to the animals they had been a part of. Thusly was born the idea of finding my way to the ancestors through the spirits of the dead, but not the human dead. Instead, I honor the non-human dead.

That’s how I came to be a Nature Spirit Necromancer. How Pet Cemetary, right?

I use the bones to create jewelry and spirit houses. Sometimes they are dedicated to specific deities, or even ritual uses. I have found that bone is a very receptive material. As I have worked with it I was surprised by how much I enjoyed it and enjoy the animal spirits that are part of the work.

I have found that in terms of spellwork and energy work, bone is a material that works well as a resistor or a capacitor. It can insulate different energies and through that works well as a protective charm, but if you take the time to inscribe a sigil or set work on it, it maintains the charge very well. Unlike stone, bone is a renewable resource, though I find it has similar properties magically.   I love working with it as a material, and I love the spiritwork side of it. The bones are my friends.

I’m always on the lookout for sustainable art materials. I’ve worked with beeswax paint, soy ink, relief printing, and I love doing land art, but I love how useful bonework feels. It’s useful for the humans who want to interact with the bones. It’s useful for the animal spirits, often whom have died suddenly, and it’s useful for the Earth Mother, for whom I can create beautiful things without draining her resources as much.   Most of all, it’s useful for me because I feel good about my work and my life when my values are aligned with my actions.

If you like to support my work and get some great stuff in the process check out my Patreon Page! I’ve got great perks for members. 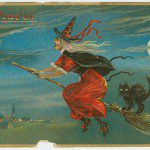 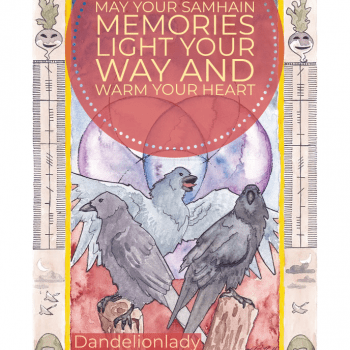