I’m leaving for Convocation this afternoon. It’s the largest indoor pagan convention in the midwest, and I know a number of people who go directly from Pantheacon to Convocation in a two weekend long bonanza of pagan festivities.

I’ve been preparing like mad,  assembling my ritual team, blessing tokens, gathering offerings, and doing trancework to prepare, especially for my Council of All Beings ritual.  Because of the recent political situation and the DAPL pipeline if feel like it’s especially important and pertinent this year to do a ritual where we can express our pain about the loss of nature.

I’d like to share my trancework experience about finding the gatekeeper spirit for the ritual.  This is an excerpt from my journal where I keep my trance experiences:

February 20th, Seeking for a gatekeeper for the Council of all Beings Ritual:

I settled down with simple double drumming playing in the background and drummed on my frame drum along with it for a while until I laid down with my drum on my torso. I was very nervous and afraid of failure which was keeping me from successfully going into trance, so I began to slow my breathing and count my breaths as well as the spaces between breaths. As I did so I slipped into trance and found my spirit eyes opened to see two of my spirit guides watching me, one on either side. One jumped on my chest and licked my nose in a friendly way, then they settled on either side of me and I felt all my panic receding. I was enveloped in their warmth and safety.

Neither of them wanted to function as gatekeeper, they intended to watch my back, which I decided was a very good plan. So I settled with them in my personal astral space, a one-room cabin with a woodstove and a simple rope bed. My swan fetch came back from an errand and we reincorporated together which also was refreshing and invigoration. I fared forth again having sent a portion of myself to the spiritworld, part of that self stayed safe and comfortable while I went flying forth again, a projection of a projection, calling outward into the wide void for a gatekeeper for my rite, a spirit who would guide and guard all who entered the sacred space.

I felt drawn to the plant kingdom, rather than animalia, and let my mind wander among the species. A friend who is participating in the rite connects strongly with Black Walnut as a gatekeeper and guardian, but, my personal connection with that mighty tree is strained these days. It would be bad choice for me to work with. I thought of Sycamore, another sacred tree, a tree I grew up with and one I had found a beautiful poem written about that I had considered using, but no, Sycamore was not liminal enough it couldn’t bridge all the worlds we would need to travel in. I let my mind open to spirit and asked who might be willing to aid me.

Mistletoe popped strongly into my mind, I saw the plant and the dart that slew Baldur, I saw the druids that cut it and how strongly liminal it was. Mistletoe offered itself gladly for the work, but I replied that I had never seen living mistletoe. I had only seen it preserved for the holidays, or in video or pictures. I felt uncomfortable working with a plant I had never met in person. So I thanked Mistletoe for offering, but tried to cast about for a plant that had that sort of liminal quality while being someone that I had a personal knowledge of.

Then it came to me so intensely. Dandelion! I saw the plant, with deep taproot that can heal the most inhospitable soil, with flowers that are the sun and become the moon, with seeds that travel in the air and bitter leaves that feed and heal people and animals. Most of all, a dandelion is a plant that I have a deep and abiding relationship with. It was the first plant spirit I really came to understand, when I saved my cat’s life with dandelion decoction many years ago. As all of that circled through my consciousness, I spoke Dandelion out loud and came back to my first self.

“That was easy.” I thought. I still felt the sense of my spirit guides near me and I actually cried with the relief of the simplicity of the thing. Dandelion is a good plant for this work. A healer and it goes everywhere. Originally from Europe, it has become a plant that lives comfortably here in the new world. Dandelion will be our guide and protector as we ask the Council of all Beings to speak.

So if you’re interested in catching some of my classes,

Council of All Beings Ritual Thursday at 10:30 pm:

Following in the tradition of Eco-Buddhist Joanna Macy members of the ritual team will be calling down the spirits of the animal and plant kin within themselves so that they may speak to us of their difficulties and challenges in a world of extinction and global warming. In this full ADF Druidic rite we will be giving offering to the nature spirits of red and green kin and asking for their blessings and wisdom in return. This will be a ritual of mourning what has been lost so that we may move forward into the future with wisdom and power.

The Fire of Willpower Friday at 2:00 pm:

We are Druids, Witches, Mages, and Magicians. We work in the realms of manifestation and mystery. We work our will upon the world. But sometimes the world doesn’t seem to cooperate with our carefully laid sigils and hand crafted incense. Sometimes it’s hard just to get out of bed. In this workshop Rev. Hill will share some history on the idea of willpower, from the Greco-Roman Stoics to the ideas of Aleister Crowley. Then we will discuss modern research on the psychology and some of the counter intuitive ways we can build our willpower muscles.

Getting to know the Gatekeepers Sunday at 12:00 pm:

In this fun and interactive workshop kids will learn about Gatekeeper Gods. These are gods and goddesses who guard the crossroads, help travelers, are tricksters, money makers, and even help the dead find their homes in the afterlife. Gatekeepers in the ADF Druidic tradition are very important and help as guardians and guides in every ritual we do. Using songs, stories, and theater we will explore these archetypes, give offerings and learn a simple prayer to the Gatekeepers.

And remember, if you like my work and want to support it, I don’t get paid to do any of this. I do get into the festival free, but I still pay for my hotel and my food. If you’ve gone to one of my rituals or workshops and found them meaningful, consider donating at my patreon page. Thank you, and gods bless. 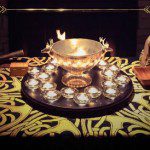 February 1, 2017
A Path to Activism in the Age of Trump
Next Post 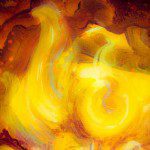 Pagan
A Charm to Aid Those Who Are Dying...
Dandelionlady