When Your Kid’s Stuffie Gets Soul What do you Do?

When Your Kid’s Stuffie Gets Soul What do you Do? November 2, 2017 Melissa Hill

It’s like the velveteen rabbit, but sometimes it gets creepy.  Here’s some things to know when your kids tell you that their dolls are acting oddly.

The kids and I are always in the car when they tell me the stuff that makes me freak out.   I don’t know why that is.  Maybe I’m a captive audience?  Maybe they’re just bored and decide that it’s time to spill the beans when mom is strapped into a moving vehicle she has to keep control of?  Maybe they want me to crash into that tree on the side of the road?

These are the thoughts that I ponder sometimes.

So this one time the Mommy Chauffeur Service is in transit and my eldest is probably about nine or ten and she tells me, “So, my dolls have been arguing again.”

I ask for more details on this dolly drama and it turns out that both of them have been having problems with their dolls and stuffies. Their dolls have been talking. My daughters hear them in their minds. Apparently the group dynamics have gone south and they can’t deal with the stress of trying to make sure all their dolls get along. I am informed that the stuffies are less traumatizing.  The fluffy ones are nicer, I guess.

I imagine this is not a very odd experience.  Honestly, it’s not that surprising of a thing to think that stuffed animals might gain a soul.  There is after all a famous book all about such a thing: The Velveteen Rabbit.

Generations of mothers have wondered about the interactions their kids have with invisible friends.  Countless parents have had to deal with the horror of that “special stuffie” that went missing, as immortalized in Knuffle Bunny by Mo Willems.  I started to trot out the reassuring mom speak, telling them that everything was fine, they’re just stuffies…  “How are you feeling?  Do you need to talk about your emotional state, sweetie?” But then my spiritwork training kicked in and I wondered.

What if these dolls and stuffies were acting as spirit houses for actual spirits?

This put a whole new and less purely psychological spin on the whole thing.  If we assume that non-corporeal beings are real, or at least that interacting with the world in a way in which we assume spirits are real is useful, then we have a whole other set of tools with which to address such issues.

After thinking about it for a bit, this is what I told my kids:

Okay… so it ends up being pretty psychological. But it’s a big difference to assume it’s all in the kid’s head, versus assuming that it might well be them picking up on actual spirit psychology. It’s external versus internal psychology.  It does seem that sensitivity to spirits can run in families, so it’s not unreasonable to think that if Mom, Dad, or Aunt Irene were tuned into the family ancestors or talked to the little gnomes that lived in the back yard, then their descendants might too.

In the end I was reassured as were they. The kids felt comfortable enough to share a pretty weird experience with me.  Instead of having their experience invalidated by a culturally standard response like, “It’s all imaginary, dear.” I was able to actually give them some useful advice that helped them take control of the situation. We also were able to come at it from a perspective where spirits can be good or bad and we allowed the complexities of emotion and interaction to shine through without judging.

Kids will develop their own personal lived interactions with the sacred if given the opportunity.  Sometimes it’s not exactly what we as parents expect. By respecting your kids lived experience it can really help them to learn to live more comfortably with themselves and with the spirits.   I’ve continued to be fascinated by how my daughters interact with their spirit friends and the gods.   In particular I think parents today have a real opportunity to re-write how the next generation interacts with such things.  For generations anything that smacked of “ghosts” was relegated to fearful and creepy.  If it wasn’t angels or God it was bad.   But there’s a whole big world of non-corporeal beings and like humans, most are a mix of good and bad.   We can give our kids a boost in life by letting them in on these things now rather than having them figure it all out as adults as so many of us had to. 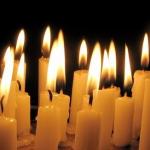 October 16, 2017
Five Prayers for Ancestors Most People Don’t Think About at Samhain
Next Post 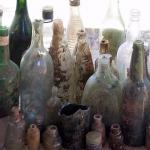 November 16, 2017 Making a Witch Bottle When You've Been Cursed
Recent Comments
0 | Leave a Comment
Browse Our Archives
get the latest from
Dandelionlady
Sign up for our newsletter
POPULAR AT PATHEOS Pagan
1