I honor a group of spirits that I call the Heroic Ancestors.  I’m sure I’m not the only individual doing so.  For me, the idea came from pondering the European heroic mythologies. There are so many of them: Hercules’ tasks,  Jason’s ship,  Sigurd’s tragedy, Cú Chulainn’s battles. But somehow they were never as inspiring as I wanted them to be.

I’ve read some great analyses of the warrior in these myths. How they represent the struggles of those who fight and kill. How difficult it is to move back into regular society after breaking killing taboos. How they represent the mythic journey as laid out by Joseph Campbell.  I searched for myths that I resonated with. I got to know Brunhild and Branwen.  I read what I could find about the historical realities of Volvas, Druids, and Vaidilutes.

In other words, I was seeking representation.

The thing that I discovered is that the heroic myths of the Indo-Europeans really didn’t resonate with my lived reality. My strength has never been Ancestor worship and I tell you what, this whole thing wasn’t helping any.  Hercules did what? What a jerk. He may have been a semi-divine being with temples in ancient Greece, but I’m not really into it.

I decided to delve into the history that I know, and slowly over the years I have collected Heroic Ancestors that I honor.  This being Pride Month, I’d like to share a little history about where Pride Month came from and some of the Heroic Ancestors I worship. I’m sure this will be old hat for some of you, but it’s good to remember.

The Beginnings of Pride

Gay Pride, and its descendant Pagan Pride, both come from an event that took place back in 1969 in New York City. This was the Stonewall Riot.

At a time when being gay or trans was officially classified as a mental illness and people were regularly arrested for “female impersonation” this was a moment that was a turning point in history.  Marsha Johnson was 25 years old at the time.  Sylvia Rivera was 18.  Stormé was a butch lesbian and drag king who may well have been the person who sparked the fire that was the Stonewall Riot.  She spent her life protecting her community, patrolling the streets and helping children and those in need.

Though historical accounts of the event are unclear on the finer details, as is usual for history,  the outline is clear.  Police raids were common at the Stonewall Inn, the gay bar in New York at the time, which was owned and run by the Mafia. There was no running water behind the bar, just a tub to wash the glasses for alcohol. The walls were painted black and people danced and drank while the black lights were lit.  The Mafia paid the Police to tip them off to raids, but this time was different.  It was after one in the morning, long after the raids would usually occur. There had been no tip off. Suddenly the lights were switched from the black light to main lights signaling everyone to stop touching. The Public Morals Squad entered the bar, demanding that everyone get into gendered lines and show their identification.

Police officers would take the women into the bathroom to check their genitals and anyone who had a penis would be arrested.  This time, however the police decided to make an example of everyone there. They called for backup and intended to arrest everyone present.  People were terrified of being arrested or being outed as gay in the papers. Fear levels rose and first person accounts attest to the violence against the patrons.  People who had been let go and would not be arrested gathered around the entrance to the bar rather than dispersing. They witnessed the rough behavior of the police against an unnamed lesbian woman that might have been Stormé, accounts are unclear. The police were shoving and dragging people, handcuffing them and stuffing them into police vans. The woman was fighting back, and was hit in the head with a baton which was the final straw.  At that point estimates put the crowd into the hundreds, gathered from those who had been released and those who had gathered from other bars.

People threw pennies and bricks, slashed the tires of the police vehicles and fought the officers who were vastly outnumbered. All accounts agree that the violence emerged organically. There was no plan, only the deep upwelling of fear, resentment, and anger against a system that criminalized their very existence.

More police backup arrived to attempt to get through to the police trapped inside the bar. The backup formed a riot squad and attempted to push back the crowd who responded by forming a kick line and singing.

In the end, I think that moment is the essence of the whole thing.  People were being beat by police batons and arrested for dancing and singing.

The Stonewall Inn was destroyed and four police were injured in the altercation. Thirteen people were eventually arrested.  The rage that had ignited that night lasted for days afterward and sparked a new resistance to police brutality and general hatred toward the LGBT community.

So why was this raid different? It was about money, of course. The police realized that they were only getting kickbacks from the booze profits. The real money had always been in blackmailing the gay professionals who worked on wall street. They came to the Stonewall Inn to escape and have a place to be who they were and paid dearly for the privilege.

Black and Latino drag queens and kings are our heroes. They were the ones who rose up and fought back, inspiring generations to celebrate who they are. These are the people who were outcast by the outcasts. When viewed by the lens of intersectional feminism it becomes all too clear.  Both Marsha and Sylvia experienced homelessness, both were sex workers and both lived in poverty much of their lives. In 2012 the case on Marsha P. Johnson’s death was reopened to consider if it was actually a homicide, rather than suicide as the police claimed upon her death. She had been found floating in a river with a large wound on the back of her head. Head wounds aren’t important when they’re inflicted on black trans women.

On June 28th, 1969 the world changed just a little bit, and by the next year there were the first Gay Pride Marches as we have them today. By 1973 the Diagnostic and Statistical Manual of Mental Disorders (DSM-II) no longer stated that homosexuality was a mental illness. While modern history places the Stonewall Inn Riots as the turning point of LGBT activism, there were many people who lived and died and contributed to the work before then.

Some Ancestral Heroes of the LGBTQAI Community:

I’d love to hear about the LGBTQIA ancestors you honor in the comments. I know there’s lots more I haven’t talked about.

I went to my first Pride event this year.  I’m forty years old.  I’ve been dating and loving people of both genders since I was a teen. It took me until I was thirty to realize I wasn’t an ally.  I argued.  I informed my partner I was a very good ally indeed! He looked at me totally deadpan and informed me, “Melissa, you’re not an ally.” After a minute of total confusion it dawned on me that I was part of that LGBT (because that’s the letters we had back then)  I was the “B”.  Bisexuality erasure is real, I did it to myself for decades.

When we can erase ourselves, we need Pride. When others can feel comfortable in their hate, we need Pride.  When we begin to forget the history, when it gets whitewashed or tidied and we forget that it was the poor, the disenfranchised, the sex workers and the People of Color who were also gay, trans, and lesbian that rose up, we need Pride.

So let us enjoy our rainbow colored marches. Let the music ring out, and maybe take a moment to have a fabulous kick line.  When we have Pagan Pride, let’s remember where that comes from too.  Take a moment this month and light a candle for those who came before who inspire you or made the world into a better place for you. Say a few words in remembrance and give an offering of coffee or snacks.  If you like or need, feel free to use this prayer I wrote.

Let us not forget the roots of the tree of history
Let us remember those ancestors who sparked a sacred fire,
Lit in the darkness of night against bigotry and hatred,
Against abuse and mistreatment,
Against ignorance and greed.
Let us not forget those who came before and led the way:
Sex Workers and the Homeless
Gay and Lesbian
Drag Kings and Queens
The effeminate and the masculine mixed and remixed
Delighting in being who they truly were, inside and out.
Let us give thanks and praise to those ancestral heroes who led the way.
Let us raise our arms as the branches of that tree of history, as we too choose how we grow.
Let us do our work to become ancestral heroes in turn, remembered and blessed by those who come after us, as we become the roots of their history to come.

Blessed be, and enjoy your Pride.

Editing Notes:  I’ve changed the word “paddywagon” to other less offensive words. It was pointed out to me that was derogatory toward the Irish, and though it was the word used in the sources I referenced, I decided it was better to switch to other language.

If you enjoy my work, or find it useful, please consider supporting my ongoing contributions to the pagan community by becoming a Patreon.  Thank you to everyone who has supported me, thank you to my readers, and thank you to all the activists who have helped carve the space in which I exist.

May 31, 2018
A Ritual for Seeking Swan Spirit Guides
Next Post 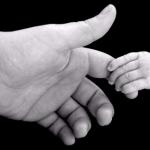 June 28, 2018 As Pagans We Must Take a Stand Against the Separation of Immigrant Children From their Parents
Recent Comments
0 | Leave a Comment
Browse Our Archives
Related posts from Dandelionlady 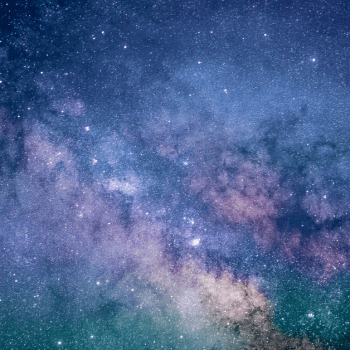 Pagan
Bird Migrations and the Stars: The Science Behind...
Dandelionlady 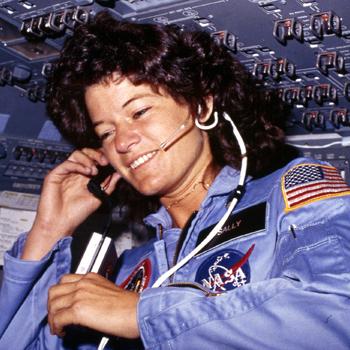 Pagan
This Samhain Put the Heroic Ancestral Women of...
Dandelionlady 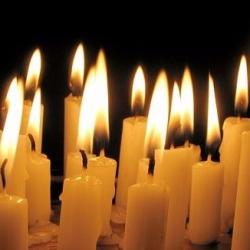